Streaming this week: Greyhound on Apple TV Plus, Cursed on Netflix, Close Enough on HBO Max 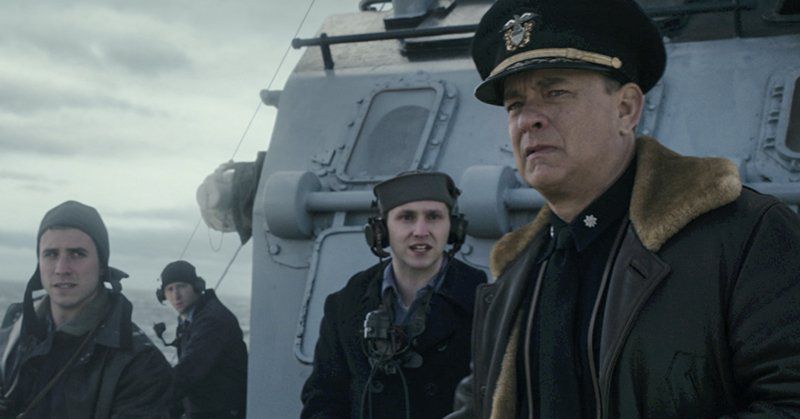 This week’s list of original streaming shows has a little something for everyone, I think: Tom Hanks as a heroic Navy captain fleeing Nazis, a new series from the creator of Regular Show, a twist on the King Arthur legend that focuses on the Lady of the Lake, and Zac Efron who is traveling the world for some reason.

Greyhound is a Navy action movie set in World War II with Tom Hanks playing a captain whose ship is one of a convoy of Allied ships being chased by Nazis in submarines. Hanks wasn’t too thrilled when it was announced that Greyhound would land on Apple TV Plus instead of in theaters, and Polygon says the movie’s spectacle is somewhat diminished since it’s not on the big screen. But reviewer Karen Han says “[director Aaron] Schneider and Hanks’ devotion to portraying marine warfare as faithfully as possible brings a streak of originality to a genre that’s more often characterized by explosions and action,” with a nod to “the sheer power of Hanks’ furrowed, determined brow.”

J.G. Quintel, creator of the late, great cartoon Regular Show, has a new series on HBO Max that The Los Angeles Times says is sort of a cartoon version of Black Mirror. And note well: it’s not for kids. AV Club says even though it has some flaws, Close Enough’s take on how adulting is hard gives it “the potential to be a defining show of the 2020s.”

Cursed is not quite The Witcher and not quite Game of Thrones but probably will appeal to fans of both. Based on the graphic novel by Frank Miller and Tom Wheeler, Cursed stars Katherine Langford as Nimue, the Lady of the Lake from the Arthur legend. She has to get the sword Excalibur to Merlin (so future King Arthur can yank it out of the stone). Vulture says like other medieval TV shows, Cursed has “a good amount of horseback combat, forbidden romance, and eldritch evil.” Not to mention apparently constant chit-chat about swords.

Down to Earth with Zac Efron (Netflix, now playing)

OK so in trying to figure out what this show is about I have learned: 1) it stars High School Musical star Zac Efron, as its title suggests 2) it’s a travel show, sort of 3) he apparently is shirtless a good amount of the time and 4) he eats a lot of vegan food and talks about sustainable practices. Mashable says Down to Earth is “a fun enough, silly enough, educational enough trip worth taking if you love Zac or believe you have the capacity to love Zac. But you must love Zac to love Down to Earth.”

SpaceX, ULA are the big winners for US national security launches