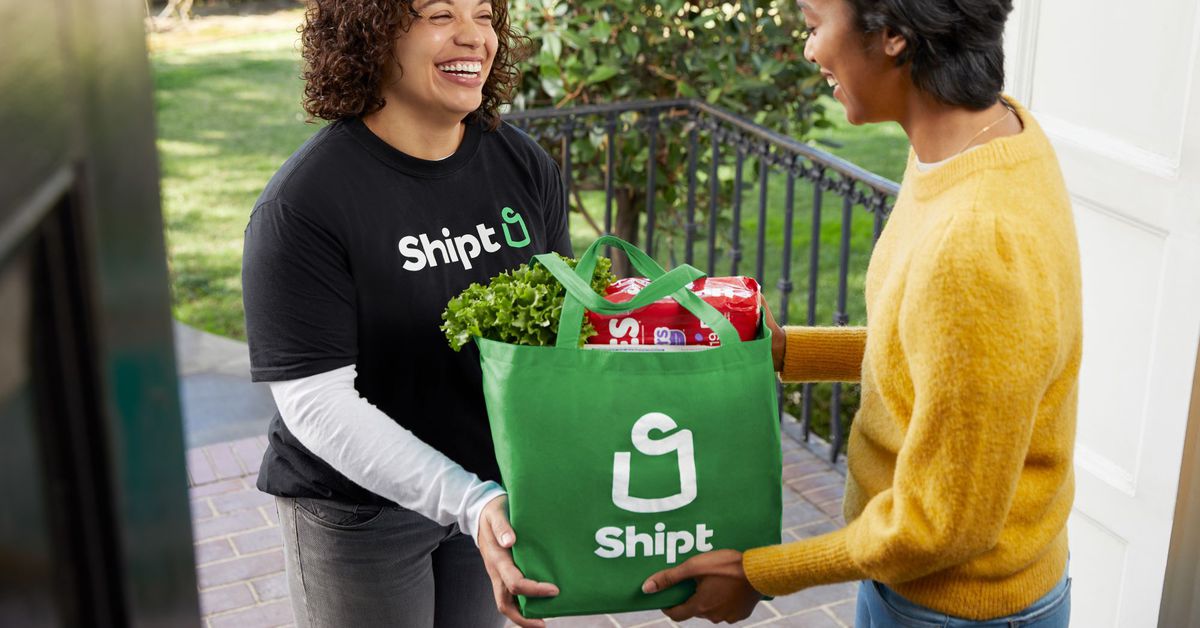 Workers for grocery delivery platform Shipt are planning to walk off the job and not accept new orders on Wednesday, July 15th, saying the company’s move toward an algorithm-based pay structure will reduce their pay by at least 30 percent.

“This seismic company shift is occurring at the same time that its shoppers — essential workers taking unprecedented risks during this pandemic — are already suffering significantly,” a group of Shipt shoppers wrote in a Medium post, “and at the same time Shipt — a corporation profiteering off consumer fears during this pandemic — is experiencing obscene increases in its sales.”

Shipt launched a new pay model, internally called “V2” in a few of its markets near the end of 2019, replacing its previous flat-fee model. It will roll out to a dozen new markets on Wednesday, according to the shoppers.

Shipt told The Verge in an email that the new pay structure can “better account for the actual effort it takes to complete and deliver orders by factoring in estimated drive time, the number of items in the order, peak shopping windows and location.” Some orders “may pay out differently than before since payment is based on effort and not on the value of the order,” the company said, adding that it’s seen average base pay levels remain consistent and slightly higher in some of the markets where it tested the algorithm.

But workers in the markets where the new pay algorithm was first rolled out reported that they saw their pay cut between 40 and 50 percent.

The Shipt workers also have complained that shoppers aren’t always receiving their tips from customers, and while the company told AL.com it was isolated to a single grocer in Michigan affecting about 700 people, shoppers claim the issue is more widespread.

The shoppers say their organizing leader, Willy Solis, had a call with Shipt chief communications officer Molly Snyder two weeks ago and outlined their grievances. Solis says Snyder told him she’d get back to him, but so far, she has not.

Shipt says it is asking the shoppers to experience the new model and share feedback, and that it was “committed to helping shoppers succeed.” The company says it has provided personal protective equipment, bonus pay, and financial assistance to shoppers — which the shoppers dispute — during the pandemic.

“Our commitment to shoppers is stronger than ever, and any operational changes we make balance the interests of shoppers with the longer-term needs of the business,” Shipt said.

Shipt customers pay a monthly fee to subscribe to the service and can choose to receive deliveries from grocery stores and retailers in their area. Target acquired the company in 2017, and during the pandemic, Shipt has been a bright spot on Target’s otherwise underwhelming financial performance. Its same-day services, which include Shipt, rose 278 percent in the first quarter.

Shipt workers walked off the job in April to demand better protection and pay from the company. Motherboard had a behind-the-scenes look in February at what it was like to work for the company, with shoppers describing a culture of intimidation, where workers were not only expected to handle grocery orders but to perform other tasks for demanding customers — such as walking dogs and taking out garbage — in order to receive tips. One worker described being temporarily deactivated on the platform after criticizing the company’s new logo.

Grocery delivery has boomed during the pandemic, but that good fortune has generally not trickled down to the workers making the deliveries. DoorDash had to address complaints that it was skimming drivers’ tips, and Instacart drivers have described a labyrinth of bureaucracy when they’ve tried to claim the hazard pay the company said it would provide.

Shipt shoppers, meanwhile, are asking all shoppers to refuse orders on Wednesday and asking customers to boycott the service and not use Shipt that day. “This is how Shipt treats its workers when their business is booming,” the shoppers’ Medium post states. “Imagine how bad things will become when the demand for Shipt’s service invariably wanes.”