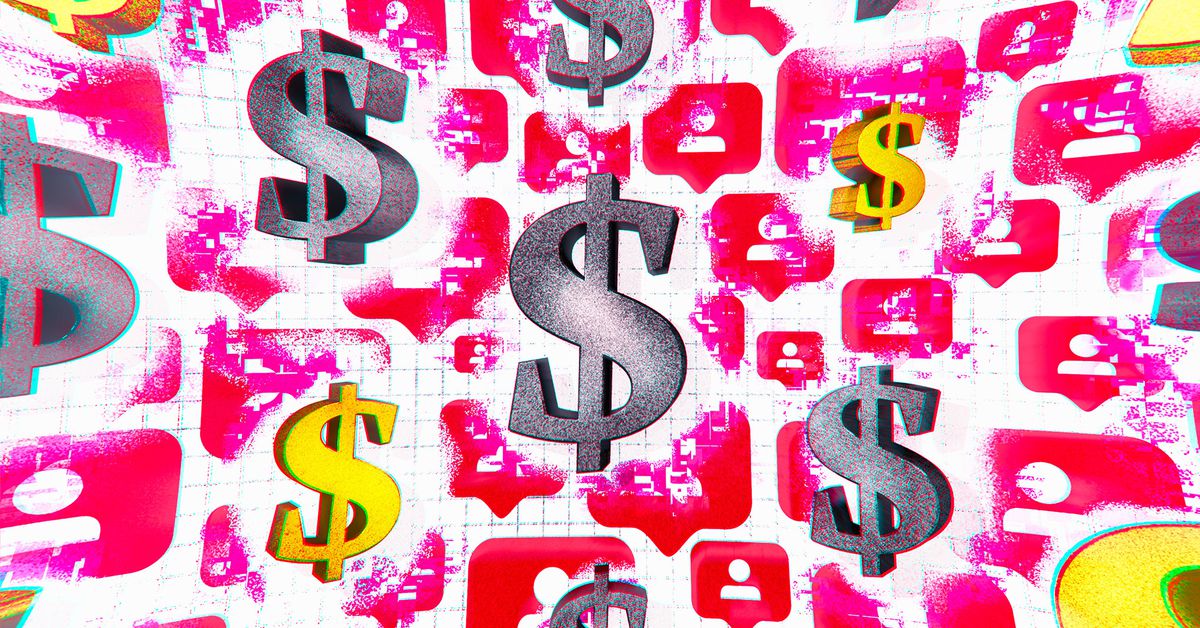 Mikai McDermott first realized how underpaid she was while at her first photoshoot. McDermott, then a 19-year-old influencer and the only Black model on set, asked for £100 for the day, not knowing what she should have been asking for. During a break, she turned to a white model and asked how much she was making. The answer shocked her. The woman said she was making £1,000 total for the day — 10 times more.

“I looked at her and I was like, this girl does not know I’m here for 100 measly pounds,” she tells me. That wasn’t even the worst part of the shoot. McDermott says the hair stylist didn’t know how to style her extensions; the makeup wasn’t in her shade; and ultimately, the brand took four months to clear her invoice.

“It was a whole day of microaggressions, so by the end when I had asked [the model how much she made], I was just over it, and I wanted to leave,” she says. “Now I look back at it as a learning experience.”

McDermott is one of many influencers of color who have started to speak out about pay disparities in the industry. The influencer industry prides itself on its entrepreneurial spirit and focus on individuals’ accounts and perspectives, but that same merit has left influencers without a network to call on for resources. They have no pay standards to reference, no union to reach out to, and no real co-workers to chat with about what to expect and how to negotiate. Now, an Instagram account called Influencer Pay Gap is trying to change that reality while also exposing the pay disparities between influencers of color and white influencers.

Influencer Pay Gap was created by Adesuwa Ajayi, a Black woman who works at the talent agency AGM and manages influencers. Through the account, Ajayi asks influencers to anonymously detail their past brand campaigns, sharing their engagement rate (what percentage of people interact with their content), how much they were paid, what they had to do, their race, and where they’re based. Ajayi started the account about a month ago, and more than 30,000 people already follow it. She says she receives at least 100 DMs a day, which has led to multiple “sleepless nights.”

“I think sometimes we forget that the influencer space is still in its infancy in comparison to different forms of maybe marketing or whatever it might be,” she says. “So it’s very much unregulated to a large degree, and what has definitely become apparent from the page is just seeing how many influencers need help.”

In some cases, influencers have shared success tories with Ajayi. One influencer, for example, said she was only offered $5,000 for a YouTube campaign and was able to negotiate it up to $10,000. But many others mention their worst experiences, which mostly involve brands asking them to post content for free. One post exposes an elaborate contract that defines the hashtags and content an influencer should make, while only being paid with a box of wine and cheese. Below that post, a woman tells her own story about an event company requesting that she speak at a women in business event, and then later telling her she’d have to pay to attend and speak.

Ajayi says she made the account after working with influencers for a few years and realizing Black influencers’ experiences, pay, and access to opportunities weren’t equal to their white counterparts. She also wanted to help guide people on best practices and even some of the basics.

The page now has over 300 posts from influencers across demographics and specializing in multiple domains. Ajayi keeps all the data she receives in a spreadsheet and is hoping to release infographics that’ll make the trends around pay even more obvious. Eventually, she wants to break it down across industries, too, so people know what to expect depending on their speciality and what companies and sectors pay best. The key to the account’s success is that people keep sharing and keep being transparent.

McDermott submitted her own story to the account, detailing an incident in which a beauty brand asked for four videos, four photos, a YouTube tutorial, and an Instagram tutorial for only £300. She had 60,000 followers at the time.

“It was a shitload of work,” she tells me, and for little pay.

While the posts on Influencer Pay Gap illuminate the industry’s varying rates, the value also comes from the comments section where other influencers offer their advice and perspective. On McDermott’s post, the responses are cathartic: “EXCUSE ME????? £300 for all that work? PEOPLE HAVE BILLS TO PAY.”

Another Black influencer, Rachel Duah, tells me the account has made conversations about money easier for people, especially anyone who doesn’t have influencer friends to consult. She says her first brand deal involved a fast fashion company sending her shoes for free and then expecting her to post about them. She didn’t actually get paid, and she wishes now she had negotiated. At the time, she just felt lucky to have a brand reaching out to her, even though she knows now that she should have charged for her content. She sees other people on Influencer Pay Gap making that same mistake.

“There’s one thing realizing that you can monetize, but then there’s another thing realizing how much you should be monetizing, and it’s hard to gauge if you don’t know what other people within the industry are doing,” she says.

In another incident, Duah says a brand emailed her asking to collaborate but didn’t offer to pay. That same brand then accidentally emailed her again with an offer meant to go to a white influencer — in that case, offering money. Duah looked at that person’s account only to find out they had fewer followers and less engagement than her.

“That’s what made me realize, ‘Okay, something’s not quite right here,’” she says. “And I mean, you can see this [is happening] through the Instagram page.”

Influencer Pay Gap popped up at a time when influencers, particularly Black influencers, were speaking out about their experiences in the field. A group of influencers posted an open letter in June, for instance, addressed to Fohr, an influencer marketing platform, asking the company to compensate influencers of color equally. They coined the hashtag #OpenFohr and started an account dedicated to the conversation. Fohr responded on its Instagram and committed to publish quarterly payout reports that detail CPMs and the total number of influencers its platform served by ethnicity. It also posted a town hall meeting to its YouTube channel.

Critically, the conversations and collaboration between influencers seem to be inspiring change.

The conversations in the comments of Influencer Pay Gap have been valuable, Duah says, and important because one influencer not knowing his or her worth impacts everyone else.

“You fumble the bag for everyone when people don’t know their values,” Duah says. “If we all have rates and we all charge, it’s then up to the company to go based off of what each individual brings to the brand as opposed to what’s free.”

Thanks to the Instagram account, she’s now asking for more money from brands and turning down deals that don’t meet her minimum. Meanwhile, McDermott says the account made her feel “less alone” because other influencers clearly have endured the same issues in the space as she has.

Still, while opening a conversation is part of the solution, McDermott says it’s only the start toward systemic change. Brands need to work to undo negative stereotypes of Black women and women of color, she says.

“I think us speaking to each other, or influencers engaging in open conversation, is literally just the first step,” McDermott says. “I don’t think it’s going to happen without some input from the brands themselves.”