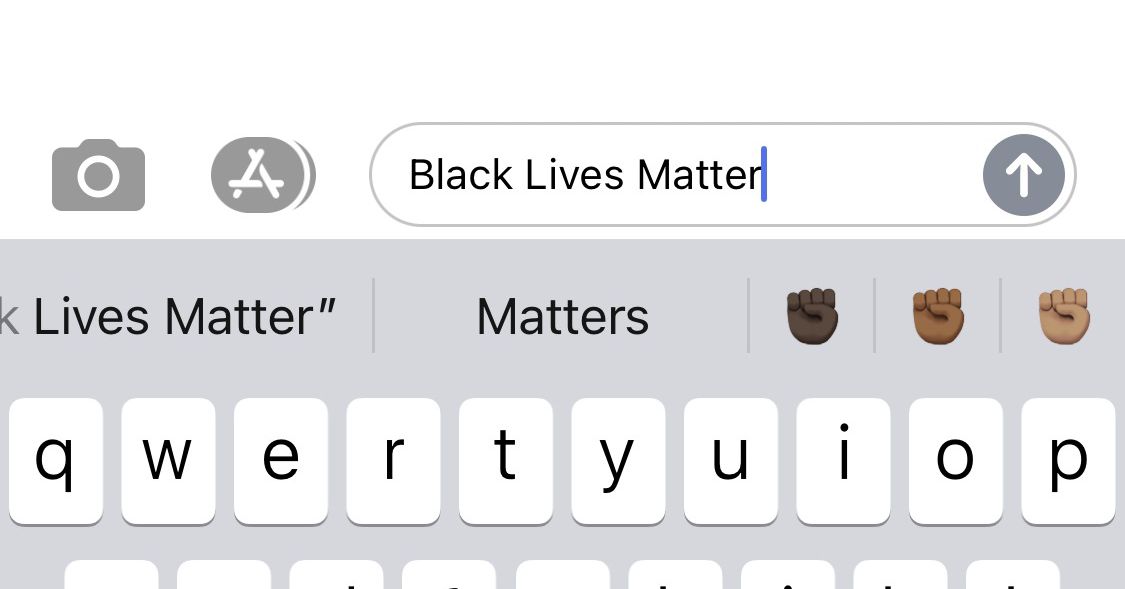 The iOS keyboard will autosuggest all three Black fist emoji when you type the phrase “Black Lives Matter” or the acronym “BLM” if you’re on Apple’s newly released iOS 13.6 software update or the latest iOS 14 beta. The feature was spotted last week in a beta of iOS 13.6 by a user on Reddit.

The emoji, technically known as the “Raised Fist” emoji, has increasingly become a symbol of solidarity with people protesting against racial inequality and police brutality since the death of George Floyd. For example, usage of the medium-dark and dark skin Raised Fist emoji went up dramatically on Twitter in late May and June, according to an Emojipedia analysis. And Raised Fist and all six of its available skin color choices were the most-used emoji by a wide margin in a study of 278,244 tweets sent on June 4th and 5th that included “Black Lives Matter” and “BLM” as hashtags or as text, Emojipedia reported.

It’s likely Apple observed the increased usage as well. By automatically recommending Raised Fist, people will be able to more easily include the emoji in texts and social media posts about the Black Lives Matter movement without having to separately navigate to the emoji keyboard and search for it.

Apple has also made moves outside of software to promote racial equality, including announcing a $100 million Racial Equity and Justice Initiative on June 11th. And on Thursday, Apple announced it has expanded its partnerships with Historically Black Colleges and Universities to bring coding education opportunities to the schools’ nearby communities.

SpaceX, ULA are the big winners for US national security launches