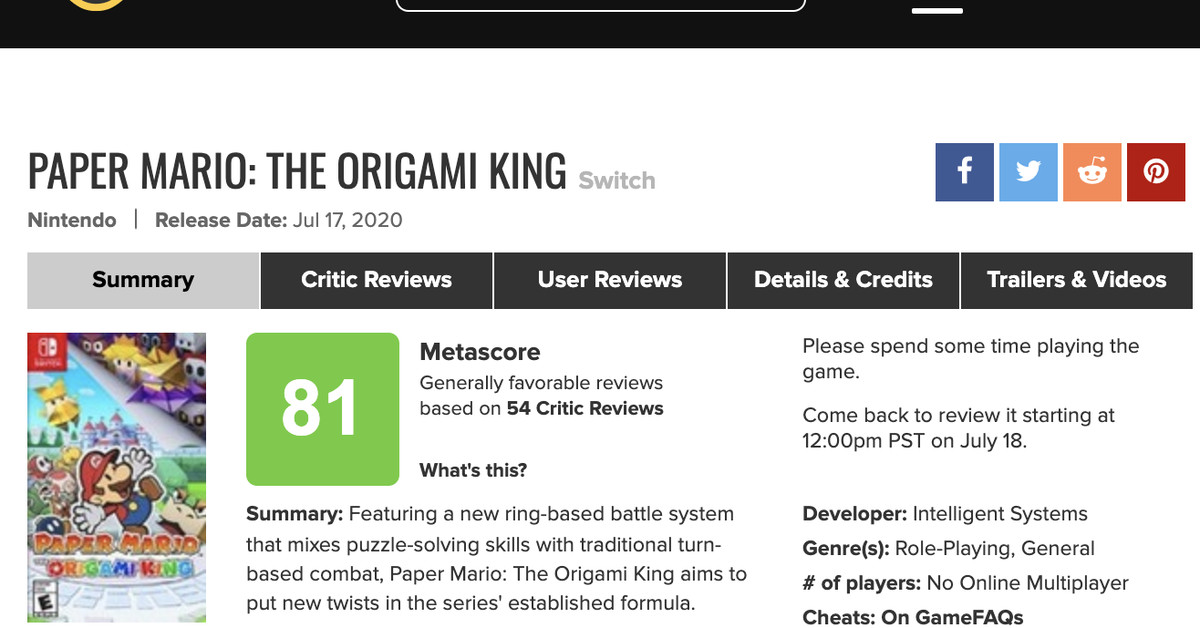 Metacritic wants people to actually play a game before reviewing it, so the site now requires users to wait 36 hours from when a new game is released before leaving a score. The intention is to prevent review-bombing campaigns, where people leave negative scores on a title sometimes as a way to punish the developer. Heading to a review page for a recently released title on Metacritic will now display the message “Please spend some time playing the game,” with a specific date and time when a user can publish a review for that game on the site.

The new policy change has locked user reviews for two big games that came out today: Ghosts of Tsushima and Paper Mario: The Origami King. Users have to wait until July 18th at 12PM PT to review them. The new policy was first spotted by PlayStation Universe last week, but Forbes brought attention to it today.

Review bombing — when a large group of users goes to a digital storefront or review aggregator to leave poor scores on a product — is done to retaliate against a company or a public figure for perceived slights. The Last of Us Part II was targeted on Metacritic following its release in June in part because of its story and inclusion of LGBTQ+ characters.

Metacritic is not the only platform tackling a review bomb problem. Valve’s gaming distribution platform Steam has also been subjected to review bombing. In 2017, Valve added a bar graph to show positive and negative scores over a game’s lifetime. Last year, Valve said it would investigate Steam games being review bombed and hide off-topic reviews.