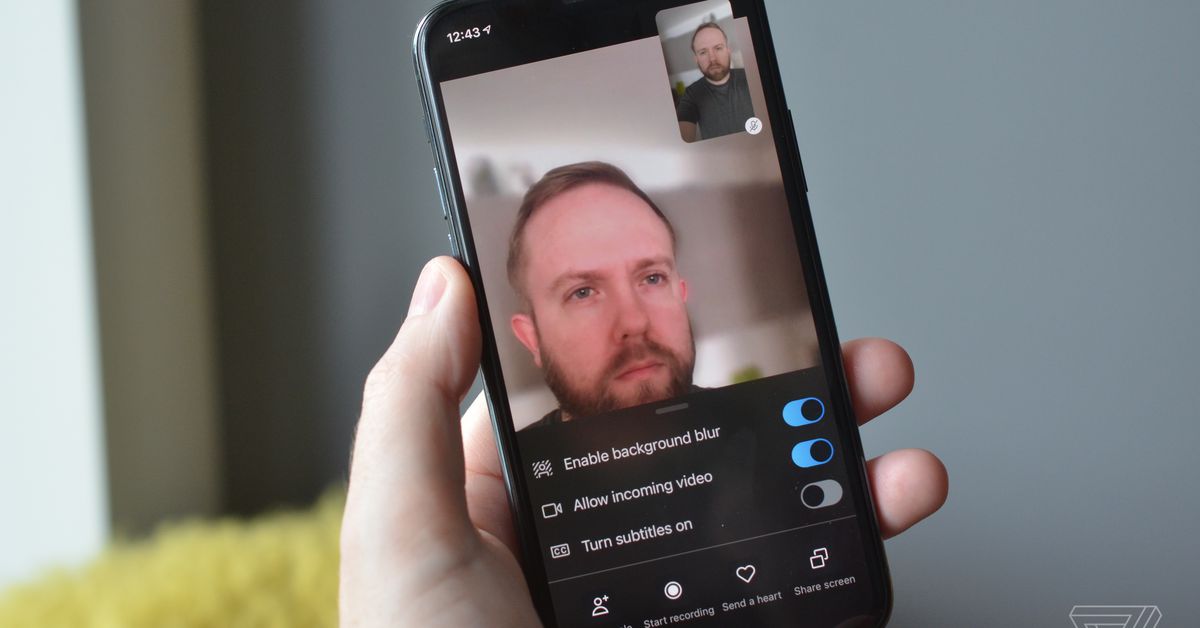 Microsoft is adding a background blur feature to its Skype for iOS app. The feature is identical to what exists in the company’s Teams app, allowing iPhone and iPad users to blur what’s in the background of a video call. Microsoft also added this automatic background blurring to Skype’s desktop app last year.

Microsoft is using artificial intelligence to blur everything in a room around you and keep you as the main focal point. The blur effect, which is effectively bokeh, will detect hair, arms, and hands to avoid blurring out key body language during video calls. It won’t fully obscure everything around you, but it certainly improves video calls where you want to keep the focus on you and not a messy room.

Google is also reportedly adding background blur to its Meet video conferencing service, just as the battle for business-focused video and chat apps increases. Microsoft is also pivoting its Teams communications app to serve groups of friends and family, but still plans to support and update Skype.

While Skype now supports background blurring on PC, iOS, and iPadOS, there’s no word on Android support just yet. You can download the latest version of Skype for iPhone or iPad and enable background blur within the video call options.

How to use Microsoft Teams with your friends and family