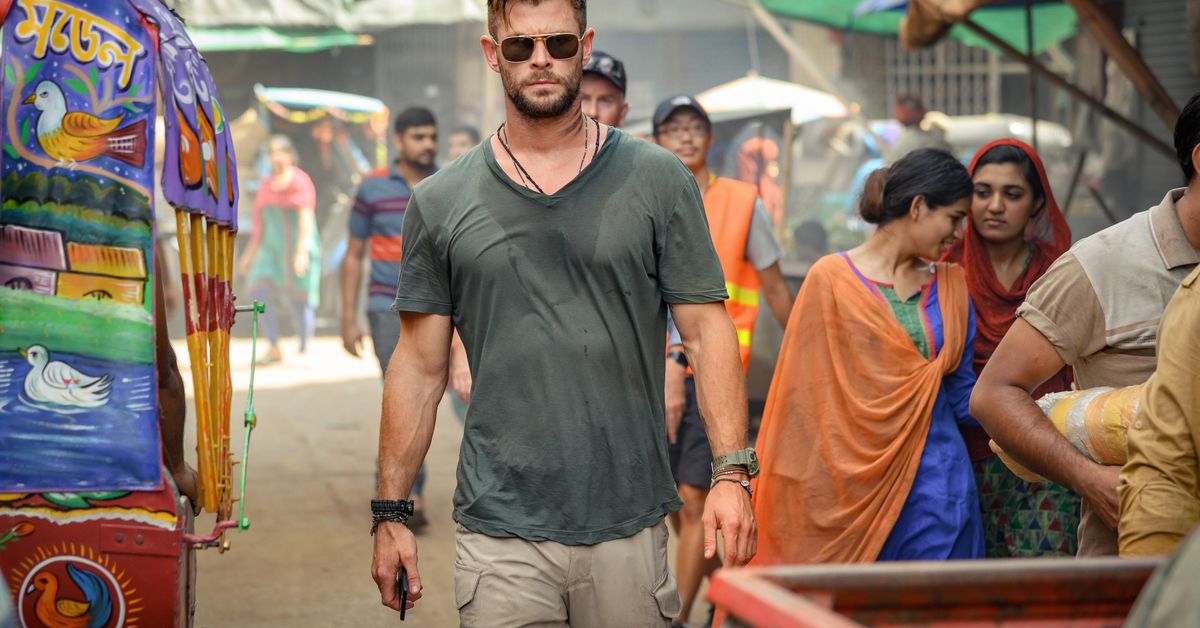 Netflix’s last decade turned a video rental startup into streaming’s king. The next decade will see executives doing everything in their power to keep the crown.

Yesterday, Netflix announced its second quarter earnings to investors, and executives spent much of the call addressing what they have planned for the next few years, including continued international expansion and ambitious bets on new content. While some executives might play coy about their conquest plans, Hastings didn’t shy away from wanting Netflix to be the streamer that makes people forget about everyone else.

“We want to have so many hits that when you come to Netflix you can just go from hit to hit to hit and never have to think about any of those other services,” Hastings said on the call. “We want to be your primary, your best friend. And of course, occasionally there’s Hamilton and you’re going to go to someone else’s service for an extraordinary film, but for the most part we want to be the one that always pleases you.”

“We want to have so many hits that when you come to Netflix you can just go from hit to hit to hit and never have to think about those other services.”

At this point, Netflix is a foundational streaming service. With nearly 200 million subscribers around the world, and continuously growing, it’s one of the few streamers that many people keep as a constant in their homes. Just over a few years ago, that was partially because Netflix was one of the only major streamers available. Back when it was mainly Netflix and Hulu, people came to Netflix as the place “they used to watch what they missed on other networks,” newly minted co-CEO Ted Sarandos said on the same call. Original content didn’t begin until 2013 and didn’t pick up in earnest until later.

Netflix still has the lead on its competitors, but the space has changed radically since the early days. Disney Plus, Peacock, and HBO Max have all launched. CBS All Access is getting a major rebrand now that Viacom and CBS are one company again. Hulu, under Disney’s control, is undergoing a big facelift. People are figuring out where they want to spend their money and their time. Then there are different streaming platforms outside of the traditional entertainment competitors that Netflix has to compete with for time and attention, like Twitch, Facebook, and YouTube.

Still, Hastings said he isn’t focused on the competition. Even if people leave Netflix to go check out other services, Hastings told analysts he’s confident people never leave for good.

“It’s always temporary,” Hastings said, speaking to Netflix’s churn, a word used in the industry to describe when subscribers cancel their subscriptions. “They’re going to come back. We want people to get a taste of Netflix, [and]we hope they stay for 50 years, but if they drop out we think it’s always temporary.”

“We want to be the one that always pleases you.”

A big part of Netflix’s approach to reducing its churn rate comes from its content. Under Sarandos’ watchful eye — and a powerful executive team of Hollywood talent — Netflix transformed itself from that place people finally watched AMC’s Breaking Bad into the streamer “where they come to us for their favorite show,” Sarandos said on the call.

If Netflix is “trying to become more your go-to destination” for everyone’s favorite form of entertainment, the service has to expand its offerings. After starting out with prestige scripted series like House of Cards, Orange Is the New Black, and Unbreakable Kimmy Schmidt, Netflix now produces reality TV shows, competition series, anime, documentaries, stand-up comedy, and animated films. It’s not just about building the brand; it’s about producing anything and everything subscribers want.

That includes content that executives like Sarandos weren’t interested in developing even five years ago. In 2015, Sarandos spoke about “the kind of disposable nature of reality” programming at an investor conference, as reported by Bloomberg. He added at the time that it “basically doesn’t have much of a long shelf life,” noting “it hasn’t been a great category for us.” Now, Sarandos has changed his tune. Netflix is all in on unscripted programming and reality television — and numbers cited by Sarandos seem to back it up. (Netflix doesn’t release public numbers for all of its programming, so it’s hard to say for certain.)

It’s not just about building the brand; it’s about producing anything and everything subscribers want

But two of Netflix’s most recent reality TV shows, Floor is Lava and Too Hot to Handle are some of its “biggest hits ever,” Sarandos said on the call. Prior to Floor is Lava and Too Hot to Handle, shows like Love is Blind and The Circle dominated pop culture conversation; Netflix renewed both for two more seasons right out the gate. Sarandos added that Too Hot to Handle was just as popular in Japan as it was in the United States, and as Netflix tries to find content that’s received well around the world, it’s a good sign of what to expect. Sarandos said as much on the call, arguing that “the biggest motivation to invest in reality and unscripted is not that it’s a cost saving production,” but rather “how important it becomes in people’s lives.”

“If we’re trying to become more of your go-to-destination for entertainment, to ignore a form of programming that kind of dominates broadcast would be silly of us,” Sarandos said.

Netflix is also betting big on franchises, which may help its library compete with Disney, NBCUniversal, WarnerMedia, and ViacomCBS’s incredible well of IP. Four of Netflix’s most popular movies are either actively developing sequels or end with enough room for a sequel: Chris Hemsworth’s Extraction, Mark Wahlberg’s Spenser Confidential, Sandra Bullock’s Bird Box, and Ryan Reynolds’ 6 Underground. Today, Netflix announced a new $200 million spy movie from Avengers: Endgame directors Joe and Anthony Russo that is designed as a franchise builder.

Blockbuster movies and franchise plays, which also include shows like Stranger Things, Money Heist, and The Witcher, not only bring in subscribers, but they keep people engaged. Extraction and Spenser Confidential were watched by 99 million and 85 million accounts, respectively, within their first four weeks of release, according to Bloomberg. Having access to big IP and building franchises is key to Netflix’s future, and even though some may flop, Hastings said he’s “excited that we’re taking those risks.”

“We got lots of places to put the money. We’re definitely focused on creating franchises.”

“Ted has big plans to spend future billions on movies and [TV] series and animation,” Hastings said. “We got lots of places to put the money. We’re definitely focused on creating franchises.”

The problem is, everyone else is spending billions, too. Netflix wants to rule the next decade, and the company is in a good position. But Disney Plus is growing at incredible speeds, WarnerMedia is investing everything into HBO Max, and other services are trying to figure out how to take attention away from Netflix. Netflix was the undeniable king of the last decade, and now it’s going to have to fight to keep that crown.

Fri Jul 17 , 2020
Pin it Email https://smartrobotics.com.ng/2020/07/17/ten-years-in-netflix-is-watching-the-throne/#U2NyZWVuX1Nob3R Metacritic wants people to actually play a game before reviewing it, so the site now requires users to wait 36 hours from when a new game is released before leaving a score. The intention is to prevent review-bombing campaigns, where people leave negative scores on a […]