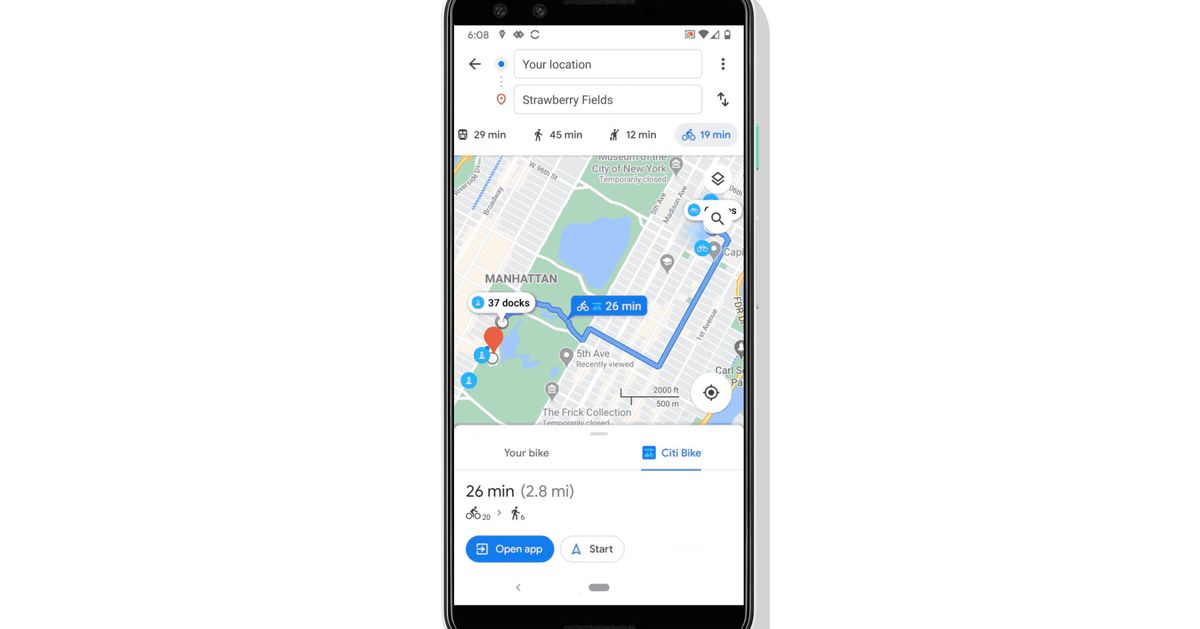 Starting today, Google Maps can show you directions using rented bikes from docked bike-share schemes like Citi Bike in New York City or Santander Cycles in London. It works by giving walking directions to get to a nearby dock, cycling directions to get from one dock to another, and finally walking directions once more to get from the dock to your destination. It’s similar to what Google started offering for Lime’s dockless scooters and bikes back in 2018, but for the many docked bike-hire schemes that are available in cities around the world.

The new functionality comes as cities are promoting cycling as a means for people to get around in an environmentally friendly and socially distanced way during the COVID-19 pandemic. Google says that since February, it has seen a 69 percent increase in the amount of requests for cycling directions made through Maps, and that it had a record number of requests last month. Cycle-share schemes are a convenient alternative to owning your own bike.

The new cycle-share route functionality builds on Google Maps’ existing relationship with Ito World that lets you find docked bikes available for use.

Google says the feature will roll out over the course of the coming weeks to 10 cities — Chicago; New York City; the San Francisco Bay Area; Washington, DC; London; Mexico City; Montreal; Rio De Janeiro; São Paulo; and Taipei and New Taipei City — with more cities to be added in the coming months.