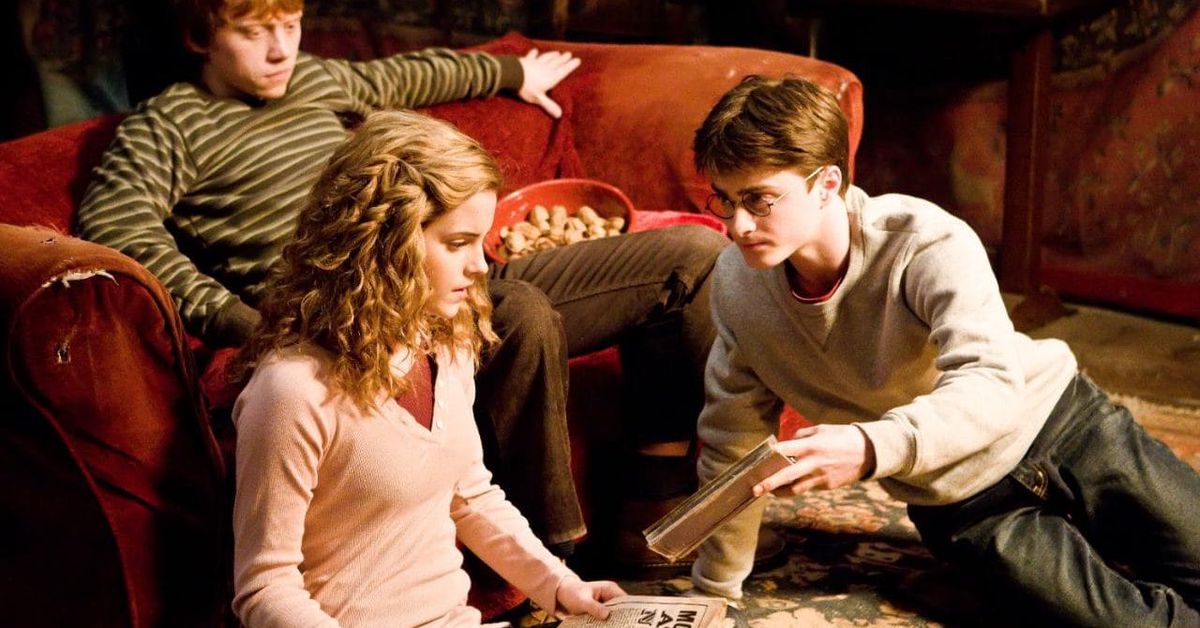 When HBO Max launched, one of WarnerMedia’s big selling points was having the entire Harry Potter collection available to stream. Three months later, that’s no longer the case.

An email detailing what’s coming to and leaving HBO Max in August points out that all eight movies, from Harry Potter and the Sorcerer’s Stone to Harry Potter and the Deathly Hallows Part 2, will leave the service on August 25th. It’s unclear where the films will wind up, but speculation is already circulating over whether the films will move to NBCUniversal’s new streaming service, Peacock.

That’s because years prior to HBO Max’s launch, WarnerMedia signed a deal with NBCUniversal that gave the latter company exclusive rights to the Harry Potter series through 2025. Through that deal, most insiders assumed Harry Potter, one of WarnerMedia’s biggest properties, would not be on HBO Max for years to come. The night before HBO Max launched, however, WarnerMedia executives struck a deal with NBCUniversal to have all eight Harry Potter movies premiere on HBO Max. Now, those same movies are leaving. It’s unclear when those movies will return, but The Verge has reached out to HBO Max for comment.

While aspects of the deal are unclear — maybe WarnerMedia only signed for a three-month window — it’s a weird situation that points to the complicated nature of an industry with multiple streaming services. Peacock and HBO Max want to use its biggest IP to draw in subscribers, but NBCUniversal and WarnerMedia can make additional revenue by cycling out those movies and TV shows to others, like Netflix and Hulu. For consumers, it means keeping a watchful eye every month on every streamer.

The Harry Potter franchise is just one example. Back in late May, right when HBO Max launched, customers learned that movies on which HBO Max marketed its launch — including Justice League — would be leaving after just one month. Justice League was set to leave the service for a period of time, but it’s scheduled to return to HBO Max at some point in 2020, a spokesperson told The Verge at the time. While it would eventually come back, the insinuation was that Justice League — a core part of the DC Extended Universe that subscribers assumed was on HBO Max — wouldn’t be there for an unknown amount of time. WarnerMedia eventually ended up extending the film’s time on the streamer.

Peacock is in the same boat. NBCUniversal’s streaming service just launched last week, but is already facing questions over titles leaving that were there on launch day. Heavy hitters like Shrek and the Jurassic Park trilogy, alongside 2009’s Fast and Furious, have either disappeared or are about to leave. The Jurassic Park trilogy is going to Netflix in August. The Matrix trilogy, which both NBCUniversal and WarnerMedia touted as a benefit to subscribing to their streaming services, is leaving Peacock next month. It’s unclear where The Matrix trilogy will wind up, but HBO Max seems likely. The Mummy and The Mummy Returns are also gone. Business Insider was told by a Peacock spokesperson that “movies will come and go from the platform regularly.”

Conglomerates like WarnerMedia or NBCUniversal have treasure troves of valuable IP. They can license that IP to other streamers like Netflix who are more than willing to pay for content that might attract subscribers. So long as NBCUniversal and WarnerMedia can earn additional revenue — and as long as it doesn’t have a negative impact on their own streaming ecosystem — they’ll likely continue to do it. “Syndication” is an easy way for a company to earn revenue on the IP it purchased for a handsome fee.

This is something that industry insiders call film windowing. Movies appear for a certain amount of time and then roll out, only to be brought back later in the year. While it’s a standard practice, the way people consume entertainment is shifting — and they notice titles coming and going now more than they may have in the heyday of cable when the Star Wars movies would play on TNT for a certain period of time.

Heavy hitters like ‘Shrek’ and the ‘Jurassic Park’ trilogy, alongside 2009’s ‘Fast and Furious,’ have either disappeared or are about to leave

Things seem different now. People are aware of when a block of movies, especially high-profile titles like the Harry Potter collection or the Jurassic Park trilogy, suddenly aren’t there anymore. News outlets cover it every single month. It’s nearly impossible to just roll in, or roll out, entire blocks of high-profile movies and TV shows without anyone noticing.

What it really comes down to is people don’t want to have to jump from streamer to streamer to find a title — especially when said conglomerates marketed their new streaming services on the promise that people could stream those movies or TV shows if they subscribed. Take Harry Potter: if the movies end up going to a streamer like Peacock, that’s potentially another service that people have to sign up for in order to watch something they thought was on HBO Max.

None of this accounts for movies like Hobbs and Shaw or Fast Five, which are produced and owned by Universal (the studio behind Peacock) but stream on HBO Max because of preexisting deals. Exclusivity windows and deals are a hassle! Trying to keep up with everything is tedious, as my colleague Chaim Gartenberg recently wrote. Since the exclusive streaming era really came into effect over the last half-decade, content is fragmented and windowing titles just makes it that much more frustrating to navigate. A decade ago, most things were either on Netflix or Hulu; now they’re everywhere.

Naturally, there are a couple of streamers that aren’t interested in windowing. Netflix Originals don’t leave Netflix, and Disney’s biggest franchises aren’t suddenly going to leave Disney Plus for three months at a time; Star Wars movies and the Marvel Cinematic Universe live wholly on Disney Plus. For other streamers, including HBO Max, Peacock, and CBS All Access, expect titles big and small to rotate in and out.

Whistleblower Reality Winner has tested positive for COVID-19 in prison

Mon Jul 20 , 2020
Pin it Email https://smartrobotics.com.ng/2020/07/20/hbo-max-and-peacock-are-losing-some-of-their-biggest-titles-just-after-launching/#NjkzOTA3NjU0Lmp Former intelligence contractor and whistleblower Reality Winner has reportedly tested positive for COVID-19. Winner’s sister, Brittany Winner, tweeted her diagnosis earlier today. Winner is currently incarcerated in a federal medical prison in Fort Worth, Texas, where an outbreak has sickened hundreds of inmates and killed at […]