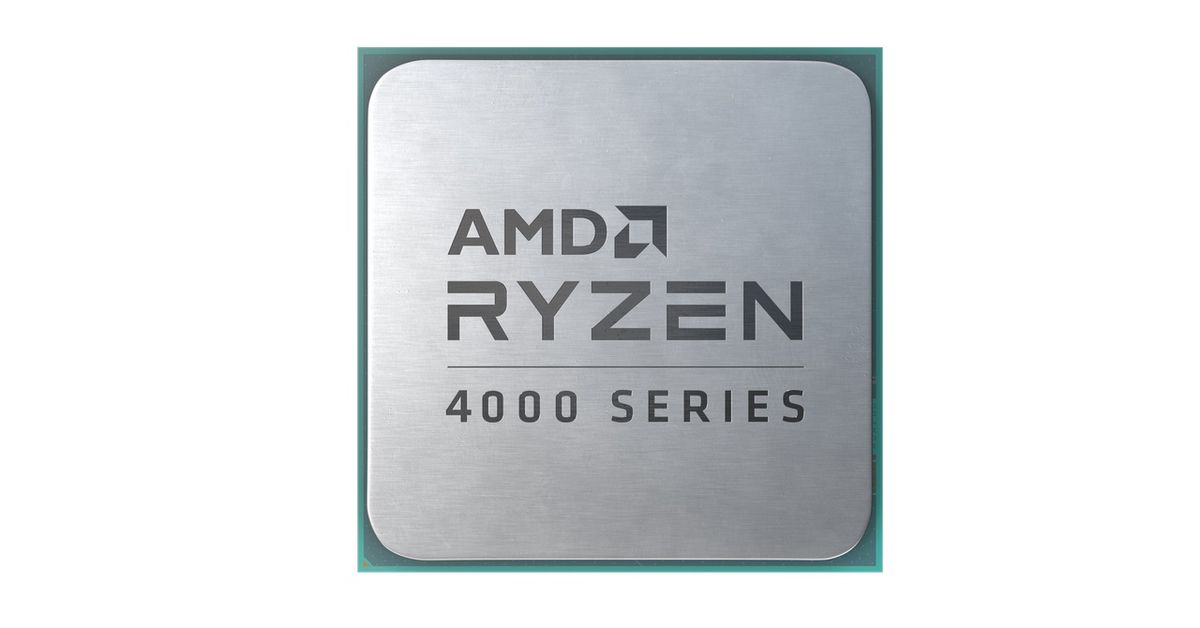 AMD is beginning to bring its latest 7nm Ryzen 4000 chips based on its Zen 2 architecture to desktops today, following a successful rollout of the laptop version of those processors earlier this year.

AMD is starting with chips for consumer-focused prebuilt systems by OEMs, which means customers looking to use the new 4000-series chips in their own custom-built rigs will still have to wait a bit. It also means that it’ll be tougher to compare the new lineup to Intel’s own 10th Gen chips, which it boasts as being “the world’s fastest gaming processor.”

It’s also important to note that these chips are still based on the Zen 2 architecture — not the next-gen Zen 3 lineup that’s expected to debut later this year.

Specifically, the first line of desktop chips AMD is offering is the Ryzen 4000 G-Series desktop processor, with built-in Radeon graphics that AMD says will offer a vastly improved gaming performance on the new APUs, even without a discrete card (although you’ll obviously be able to pair them with a discrete GPU, too, assuming your OEM offers one).

AMD says that the new chips are designed for consumer prebuilt desktops — ranging from all-in-one designs to prebuilt gaming PC towers — and, as the company is announcing a trio of Ryzen 7, Ryzen 5, and Ryzen 3 models at both a 65W TDP and a 35W TDP that hit a range of performance and power points.

It’s difficult to compare the new AMD chips to Intel’s lineup yet for a few reasons: differences in the type of chip that AMD is launching today, the scarcity of Intel’s 10th Gen lineup make a full-on head-to-head difficult to come by, and the fact that Intel offers a 125W TDP class chip that AMD isn’t currently offering its own competing variant of yet. But the new chips should give at least an indication of whether AMD will be able to replicate its huge success with the Ryzen 4000 lineup on laptops on the desktop side of things.

AMD’s 7nm Zen 2 is also the same technology that the custom processors that both the Xbox Series X and PlayStation 5 will use, too. That means the first computer using these chips might not just be the first look at AMD’s latest salvo against Intel — as AMD’s latest chips, they might be the best look yet at what next-gen gaming might look like.

Update July 21st, 9:15am: Added clarification that these new chips aren’t using AMD’s Zen 3 architecture, which is due out later in 2020.