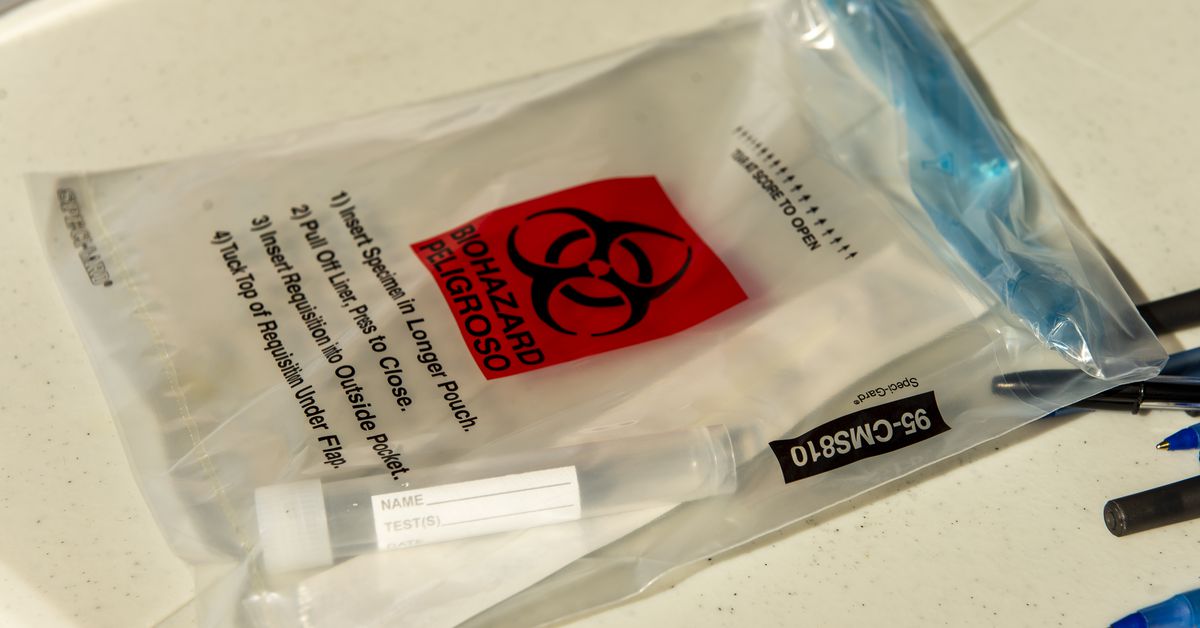 Samples scraped from the back of patients’ noses and throats can now be bundled together and tested for the coronavirus in groups in one of the country’s biggest commercial labs. Quest Diagnostics, which handles tens of thousands of coronavirus tests each day, received authorization for the method, called pooled testing, from the Food and Drug Administration over the weekend.

The strategy helps conserve resources by running multiple tests using the materials usually required for one. It could also help Quest avoid backlogs and move testing along more quickly. Right now, demand for testing is so high that it takes an average of seven days for Quest labs to get results to patients.

However, the strategy can’t clear all testing roadblocks, and it may not work as well in the areas where it’s most needed: outbreak hotspots, where testing resources are stretched the thinnest. In those environments, where a high percentage of tests turn out to be positive, pools don’t end up saving materials — too many are positive, which means more retesting.

“When the positivity rate is high, pooling is not very effective.”

“When the positivity rate is high, pooling is not very effective, because you’re splitting apart way too many pools, and it’s just not worth your effort,” says Peter Iwen, director of the Nebraska Public Health Laboratory.

Quest’s method will combine samples taken from four people. If the multi-sample test is negative, all four are considered negative. If it’s positive, each sample gets retested on its own to figure out who has the virus. The company said in a press release that it will start rolling out pooled testing at its labs in Chantilly, Virginia, and Marlborough, Massachusetts, by the end of the week, before expanding to other locations. Quest did not respond to a request for comment.

Experts have been interested in pooled testing for months. The method is already commonly used to screen people for sexually transmitted infections, and it’s used to check for diseases in donated blood as well. Deborah Brix, a member of the White House coronavirus task force, told an American Society for Microbiology conference last month that the strategy could dramatically increase the number of tests done in the US each day.

Back in March, Iwen started exploring pooled tests in the Nebraska Public Health Lab. He was running low on the chemicals needed to run each test and knew that he could conserve them by grouping samples together. He ran some experiments and found that he could do it successfully. “It works great, and I can save anywhere from 60 to 70 percent of our reagents,” he says. He got approval to move forward from Nebraska’s governor under their state of emergency.

“We started pooling, and we were able to keep the lab operating,” Iwen says.

Shortages of testing materials is just the type of roadblock a pooled testing strategy can help overcome, says Nikhil Gopalkrishnan, a postdoctoral fellow at Harvard’s Wyss Institute for Biologically Inspired Engineering. But supply shortages aren’t the only issue holding up testing. “Depending on what the actual problem is, pooling can make a real impact, or it could not,” he says. “If it turns out that they’re short staffed, and they just don’t have enough people, and the limiting factor is that someone has to unscrew all the tubes — pooling is not going to help you there.”

“Depending on what the actual problem is, pooling can make a real impact, or it could not.”

Pooling also doesn’t help once the rate of infections in a community starts ticking up. Iwen had to stop using pooled testing in the Nebraska lab a few weeks back because the percentage of tests that came back positive was too high — above 10 percent. In any random group of four or five tests, there was a high chance that one would be positive. If the positive rate is that high, pooling doesn’t tend to save a significant amount of chemicals or time.

The new instructions for the Quest pooled testing say that, if 13 percent of tests done at a lab are coming back positive, the lab should drop the pool size down to three. If 25 percent of a lab’s tests are coming back positive, they shouldn’t do pooled testing. Virginia and Massachusetts, home to the first Quest labs set to use pooled testing, positivity rate is about 6 and 2 percent, respectively. In Arizona, one of the hardest-hit states, it’s around 24 percent.

It’s possible to make pooled testing work in an area with a high percentage of positive tests, Iwen says. If they have information about patients (if they have symptoms, where they live, where they work), they can classify them as high or low risk. “You could pool the ones that you think are considered low risk. You could do that in any place, even if their overall rate is very, very high,” he says.

That only works if labs can get good demographic information on the samples they’re testing. But often, labs get samples and have no idea where they came from, Iwen says.

Despite the limitations, Gopalkrishnan says that the Quest authorization is a good first step toward more widespread pooled testing. He’d like to see bigger pool sizes, particularly in areas where there isn’t much spread of COVID-19. Bumping pools up to tens of samples, or as high as 100, could help labs move through samples even more quickly. “I think you’ll see more pooling authorizations come in,” he says.

Iwen thinks that implementing pooled testing properly can help testing move more quickly. “This is a process that needs to be considered if we’re going to do the testing that’s been asked of the laboratories,” he says. “Turnaround time is important, if it has an impact on that, it’s worthwhile.”