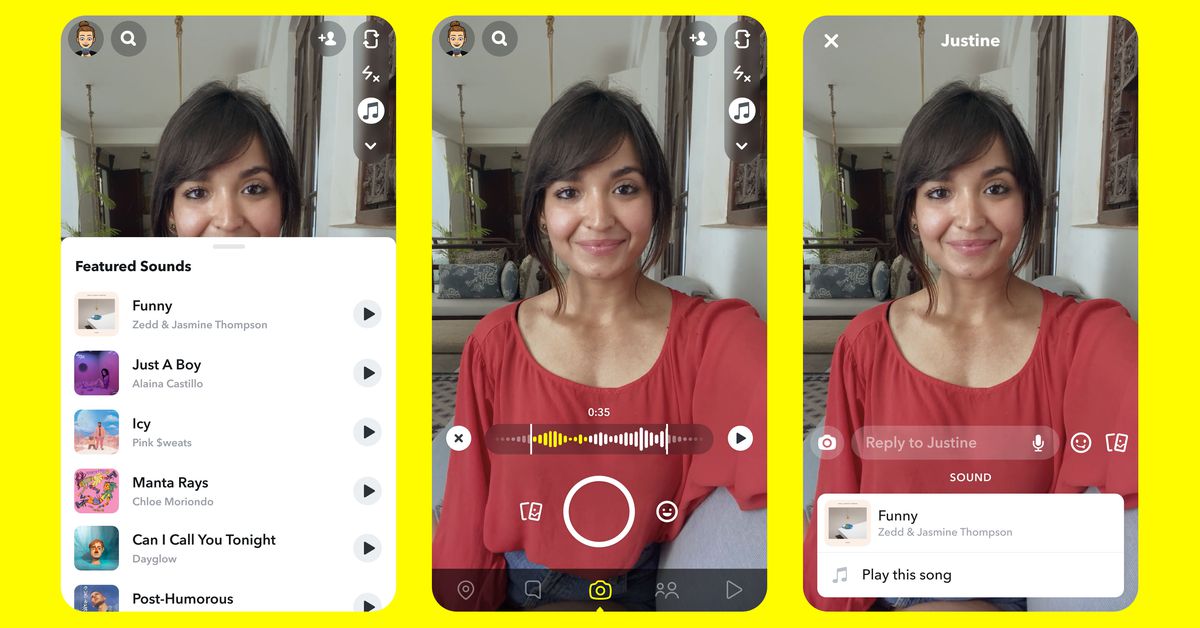 Snapchat will soon let you add music to the videos you record, making it the latest social app to take on TikTok by offering the ability to embed popular songs. The announcement comes as President Trump threatens to crack down on TikTok and Instagram plans to unveil its own TikTok competitor in the coming weeks.

Snap said it would launch the feature to English-language users this fall, with it rolling out first in New Zealand and Australia starting today. The feature could let Snapchat gain some of the energy and creativity users are currently bringing to TikTok, but it seems as though this isn’t being designed as a full-on TikTok competitor.

For now, it sounds like there won’t be a feed of videos set to music, and there won’t be a way to see other videos featuring the same song — two features key to TikTok. A Snap spokesperson emphasized that it’s designed for sharing music with your “real friends.” That said, Snap knows that TikTok is the target here. In an email detailing the new feature, Snap said that, “based on publicly available data,” its app “reaches more people in the U.S. than Twitter and TikTok combined.”

The feature is launching with “a robust and curated catalogue of music” from Warner Music Group, Universal Music Publishing Group, Merlin, and more. Snap was reported to be in discussions to license music as far back as May 2019, around the same time that TikTok turned “Old Town Road” into a hit. Snap is designing this feature in a way that labels might prefer: when you swipe up on a video, you’ll get the song’s title and artist, plus a link to listen to the track on your streaming platform of choice.