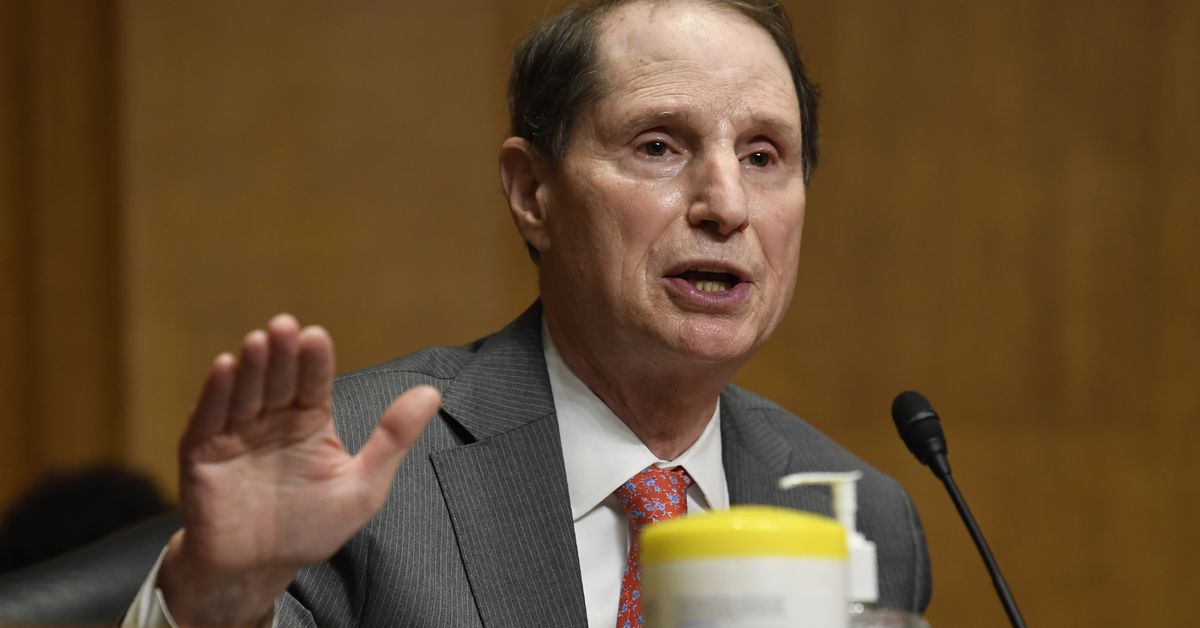 In an interview with The Verge, Wyden — one of the coauthors of Section 230 — said the move called the agency’s independence into question. “I think his handling of it is a disaster. One nomination after another is brought up, and the litmus test is: will the nominee do exactly what the president of the United States wants to do on any given issue at any particular moment?” said Wyden. “I think the bottom line is basically about working the refs, bullying the tech companies, and forcing Twitter and other platforms to print his lies.”

Wyden also announced an upcoming privacy bill called The Fourth Amendment Is Not For Sale, which would ban law enforcement agencies from buying information from data brokers to circumvent normal warrant processes. And he’s dubious of the range of legislation that’s been brought to amend Section 230, arguing that they would “restrict free speech in order to force moderation.”

Below is a lightly edited excerpt from that conversation.

You said you want to talk about some privacy developments that you’re excited about. What’s going on there?

In the next few weeks, I’m going to roll out a new piece of legislation really based on where the debate about privacy and related issues are. The bill will be introduced shortly under the title “The Fourth Amendment Is Not For Sale.” And basically, it would outline a plan to ban the government from buying information that would otherwise require a court order or a warrant.

I think we’ve really reached the point where you have so much data floating around that governments can essentially buy their way around the Fourth Amendment. The point of this bill is to build on my earlier legislation, the Mind Your Own Business Act, and be very specific about making sure that you just don’t have this backdoor to throw in the Fourth Amendment in the trash can.

We’ve seen all about these shady data brokers selling information about Americans to the government. I will tell you, I’m on the Intelligence Committee. I’m not going to get into anything classified. I think what you’ve read about and heard about is just the tip of the iceberg. And I don’t think Americans’ Constitutional rights ought to vanish when the government uses a credit card instead of a court order. I mean, surveillance, folks, is surveillance. And what I want to do is close this loophole.

So what you’re describing here is: I’m a phone case manufacturer. I want to buy some targeted ads. I can go to a data broker. I can buy information about people’s locations, their search histories on the open market. You want to prevent the government from participating in this?

You got it. I want the government barred from essentially buying their way around the Fourth Amendment. Unless we have a law that has some teeth in it, these data brokers are going to get away with it indefinitely.

A number of the purchasers have already broken their pledges to me. We can make available all these letters with high-sounding rhetoric about how they were going to protect the consumer. And I think we’re learning that most of those pledges aren’t worth the paper they’re written on.

The Federal Trade Commission doesn’t have the power or the resources to stop these companies from misusing Americans’ data. And even when the FTC investigated Facebook originally, it let them off with a fine. That was basically like a mosquito bite for a company that size.

All right, I want to talk about Section 230. There is a lot going on. There is the PACT Act. There is the EARN IT Act. And then there is just what I would describe as chaos at the FCC. The NTIA [National Telecommunications and Information Administration] filed a petition to the FCC based on the president’s executive order, saying “Figure out a way to regulate social networks and potentially take away the protections of 230.”

And then yesterday, President Trump blocked the renomination of Chairman O’Rielly, who is a Republican, because he seems very uncomfortable with the notion of the FCC regulating social networks. What he specifically said is, “I shudder to think of a day in which the Fairness Doctrine can be reincarnated for the Internet.” And that immediately led to him not being renominated for another term.

Let’s start with the FCC. What do you think of this petition?

This is a deeply flawed idea. Beyond the fact that this is a colossal Constitutional mess, I don’t think even Donald Trump believes he’s going to be able to get away with this. What Donald Trump is doing is basically working the refs. He’s trying to bully the tech companies in order to get better treatment. And by the way, any serious effort to change 230 has got to run into these Republican fantasies where our platforms should actually do less moderation and allow more misinformation about things like vote-by-mail and COVID and the like.

So I don’t see this as that’s happening. But, you know, Donald Trump sure wants to bully the tech companies. He wants to force platforms to print his lies.

Yes. A: I think Donald Trump knows he isn’t going to be able to get this. B: It is just completely wrong. And C: it is going to bleed into these other issues, which Sens. Hawley and Cruz and others are talking about, that I think also don’t resemble reality — that what I did was write a law that called for “neutrality.”

What Chris Cox and I tried to do in Section 230, I think it’s still valid today, is we wanted to empower free speech and moderation. These other ideas have one thing in common. They would restrict free speech in order to force moderation. That is the difference, in my view, between what we sought to do with 230 and all of these bills.

I want to come back to the FCC issue here. We are seeing the president blocking the nomination of a Republican FCC commissioner who expressed First Amendment-based hesitation around the FCC regulating social networks. You’re a senator. You’ll be involved in confirming his replacement if one is nominated. Do you think that the president’s handling the FCC right now is appropriate?

I think his handling of it is a disaster. One nomination after another is brought up, and the litmus test is: will the nominee do exactly what the president of the United States wants to do on any given issue at any particular moment? I mean, these nominees are basically handing over any sense of independence. So my guess is that the president will insist on somebody who’s going to push the policy that Twitter should have to publish his lies and somehow twist and turn the FCC into a forum that unravels Section 230 and basically kind of forfeit any sense of independence. And I’ve got a track record of fighting that kind of nominee, and we’ll certainly have tough questions to ask in any kind of confirmation process.

I’ve got to think that a nominee to the Federal Communications Commission from the Trump administration is somebody who basically is prepared to carry out every dotted I and every crossed T of the president’s anti-230 policy. I think the bottom line is basically about working the refs, bullying the tech companies, and forcing Twitter and other platforms to print his lies.

Tue Aug 4 , 2020
The Nigeria Postal Service and the Federal Inland Revenue Service are currently in a tussle over who has the legal right to collect stamp duty for the country. Recall that the government through the FIRS had increased the payment of stamp duties, which led to an uproar among Nigerians. In […]