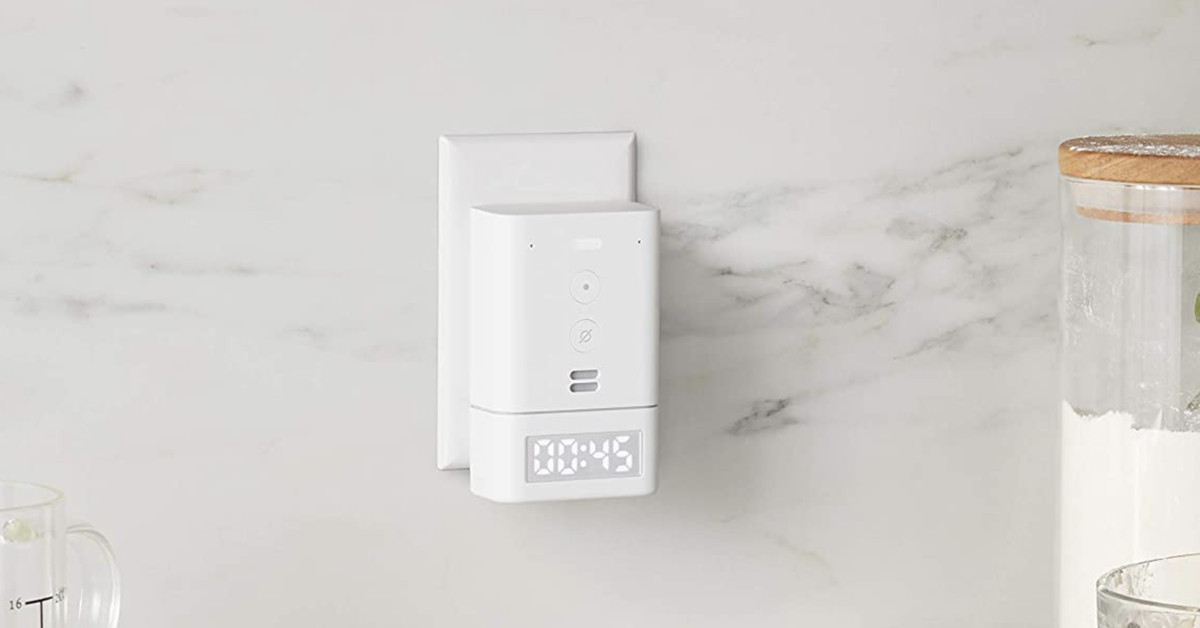 Amazon is expanding its lineup of Echo Flex accessories with a new Smart Clock attachment, which plugs into the USB port on the bottom of the smart speaker, adding a display to view the current time or how much time is left on a timer.

The smart clock attachment costs $14.99 (the same price as the existing motion detector and nightlight accessories), and it features a built-in sensor to automatically adjust the brightness during the day. It’s designed to work seamlessly with the Echo Flex. Simply plug it in, and it’ll automatically display the current time (based on whatever time zone you’re in) and display any timers you set through regular Alexa commands.

The main downside is that the Echo Flex only supports a single accessory at once, so if you’ve already taken advantage of using your device as a nightlight or motion sensor, you won’t be able to plug in the clock, too. But at a combined $40 (the $24.99 Echo Flex and the $14.99 smart clock), it’s a considerable savings compared to the $59.99 Echo Dot with a built-in clock. (It’s worth noting that the Echo Dot offers a far better speaker and regularly goes on sale for a similar price.)

The Echo Flex Smart Clock accessory will be available on August 11th, with preorders available now from Amazon.

Thu Aug 6 , 2020
The roof of the Edo State House of Assembly was on Thursday removed by some men, who also dismantled the symbolic mace at the top of the building. A video shared by Channels Television, also showed trucks dropping off gravels and other building materials within the Assembly complex. Pin it Email […]