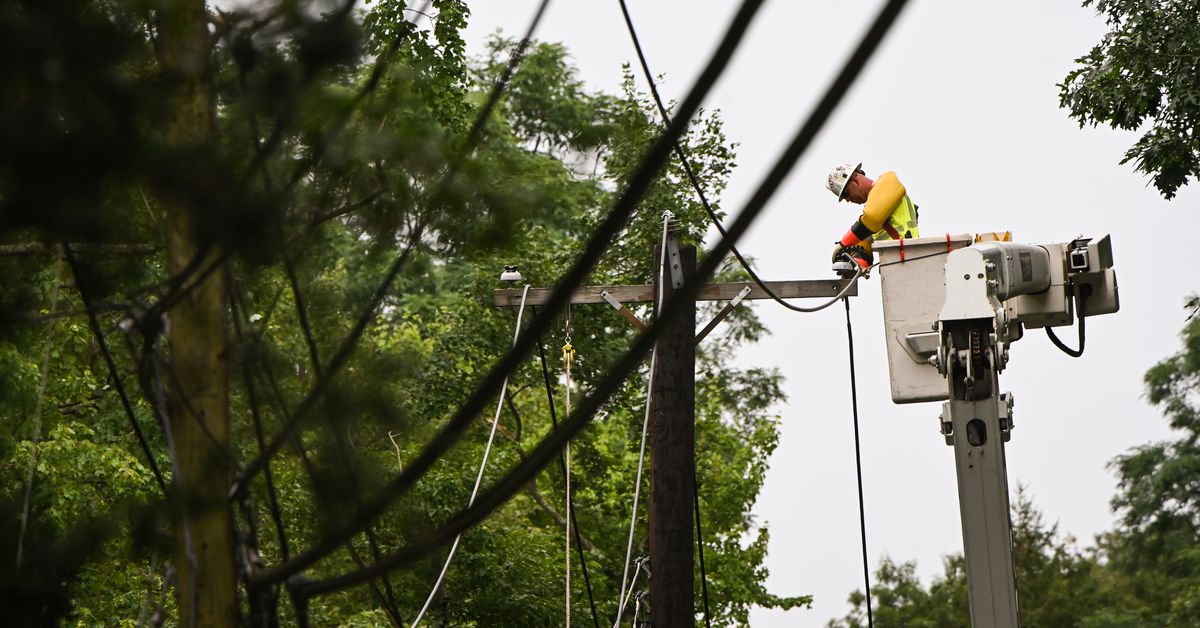 Massive power outages in the wake of Tropical Storm Isaias could be just a taste of challenges ahead for already vulnerable utilities during an especially bad hurricane season. Isaias revealed how urgently changes need to be made to prevent more blackouts.

Isaias knocked out power for more than 2 million customers across New York, New Jersey, and Connecticut after barreling through the region on August 4th. Days later, hundreds of thousands are still in the dark, and some might not have power back until August 11th. The governors of New York and Connecticut this week called for investigations into why getting power back has been so delayed.

Preparing for the next storm like Isaias is crucial

While the governors wait for answers, utilities are scrambling to restore power and make some quick fixes — like tree trimming — to prepare for the rest of what’s already been an extraordinary hurricane season. Outages are doubly dangerous in the middle of an ongoing pandemic and during sizzling summer heat, so preparing for the next storm like Isaias is crucial.

“When people ask me, are we prepared for another storm? The answer is no,” says council member Mark Treyger, who represents parts of Brooklyn in New York City, including Coney Island. “We’re better informed, but we’re not better prepared. We are simply managing crises day to day, we’re not solving crises on a day to day basis,” Treyger says.

The blackout piled on top of preexisting hardships and posed grave dangers to the large number of elderly residents in his district, he says. Without power, seniors who rely on powered medical devices struggled to breathe, and Treyger worried that being forced to leave their homes to find power might put them at risk of being exposed to COVID-19. Coney Island had one of the highest per capita death rates for COVID-19 when New York City was considered an epicenter of the pandemic in May. It’s still recovering from wreckage caused by Hurricane Sandy in 2012, and Treyger says brief blackouts lasting an hour two are common even outside of hurricane season. “This is crisis after crisis,” Treyger says.

Isaias brought the strongest winds New York City has seen since Sandy: 70 mile per hour gusts slammed into the city, ripped down power lines, and hurled tree branches and debris at other lines during Isaias. The storm was soon followed by the second-largest outage in energy company Con Edison’s almost 200-year history, which left 257,000 of its customers without power. It did not respond to a request for comment from The Verge.

“That’s like building a whole new distribution system from scratch.”

In Connecticut, 402,859 customers were still without power by midday August 7th, according to utility Eversource. Eversource underestimated the hurricane’s strength and how many outages it was likely to cause, the Hartford Courant reported. A spokesperson for the utility tells The Verge that the blame lies with the storm’s strong winds that preyed on trees weakened by drought and disease. The company tells The Verge that it had to remove 3,500 trees and that 137 miles of power lines had to be rehung or replaced as a result. “That’s like building a whole new distribution system from scratch,” says Frank Poirot, senior media relations specialist for Eversource.

Tree trimming is an important short-term strategy for preventing further power losses this year, experts tell The Verge. Caulking windows, better insulating homes, and painting the roofs of buildings white are also important for keeping people cool inside when the power is out during simmering temperatures this summer. Those same measures could also reduce the strain on the electrical grid when power is restored.

States and utilities better get to work on these measures fast since forecasters expect the rest of the hurricane season to be a doozy. The National Weather Service last week predicted that there could be up to 25 named storms this year. There are only about a dozen in an average hurricane season. Isaias is already the ninth named storm this year — a benchmark that usually isn’t hit until October.

Isaias became a Category 1 hurricane before being downgraded to a tropical storm. The next storms to form could pack a heftier punch. Climate change is making storms stronger since a warmer climate provides hurricanes with more heat energy to bulk up. That also means more power outages in a warming world. Preventing devastation in the long term will take more than trimming some trees.

“If you liked Isaiah, you’ll love the decades to come because they’re only going to get worse and we need to prepare,” says Michael Gerrard, director of Columbia University’s Sabin Center for Climate Change Law.

After Hurricane Sandy, Gerrard and the Sabin Center pushed New York’s Public Service Commission and Con Edison to prepare for the dangers climate change would bring. As a result, Columbia and Con Ed published a report in December 2019 on how to address the grid’s vulnerabilities. The report singled out hurricane-strength winds, coastal storm surges, and flooding from intense rainfall as three of the five biggest “climate-driven risks” the company’s systems face. (The other two are sea level rise and extreme heat.) Con Edison might need to spend between $1.8 and $5.2 billion by 2050 to address those threats. (For comparison, it already spends about $3 billion a year on its infrastructure.) By the end of the year, Con Edison is supposed to announce a plan to act on the recommendations made in the report.

“The vulnerability of our electricity system infrastructure.”

“[Isaias’] impacts underscore the vulnerability of our electricity system infrastructure,” Laura Brush, a resilience fellow at the Center for Climate and Energy Solutions, said in an email. But, she added, there are many strategies available to communities looking to avoid future power outages. The nonprofit center produced a 2018 report that highlighted simple measures — like burying overhead power lines and replacing wooden poles with sturdier steel or concrete — that can go a long way in limiting a storm’s damage to power grids. A smart grid with controls that keep damaged areas from wrecking the rest of the system, or even just wires that detach when tugged so they don’t drag down an entire line of poles, can keep damage to a minimum, too.

Treyger would like to see overhead lines in his district replaced with a more resilient underground system — as a start. “I just feel that we’re at a moment where we just can’t let the excuses continue to slide,” Treyger says. “This pandemic has taken a disproportionate toll on communities like Coney Island … and then on top of this to lose power — this has been intense.”

You're Too Desperate, PDP Tells Ondo Deputy Governor After Exit From Party