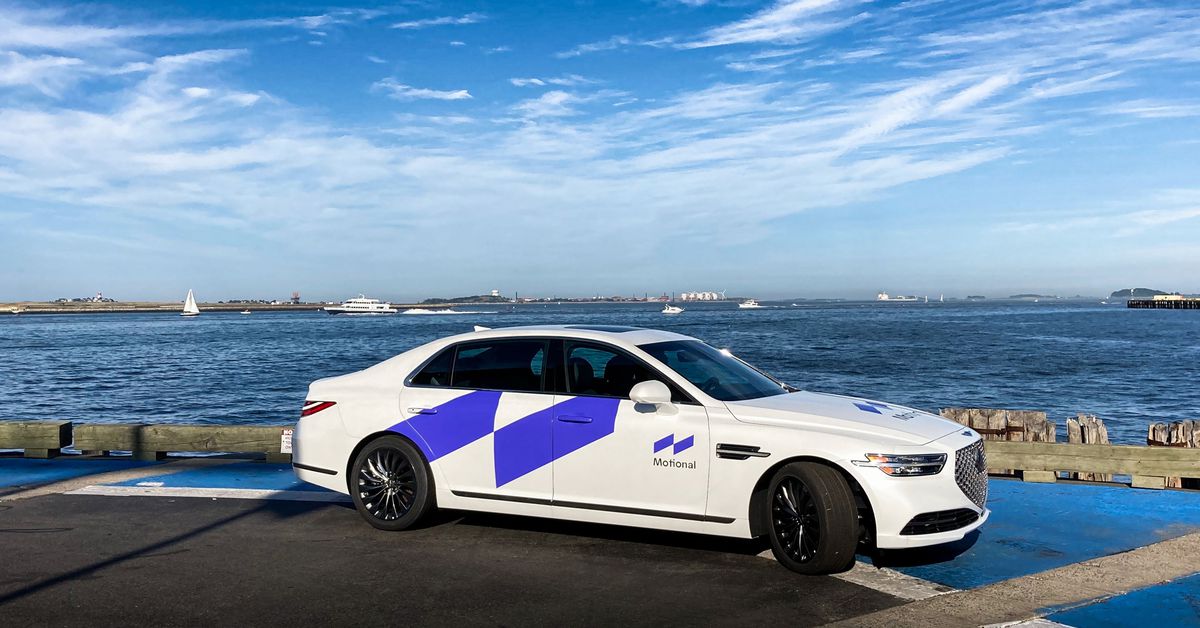 Hyundai’s autonomous vehicle joint venture with Aptiv has a new name: Motional. The company, which plans to test fully driverless vehicles for ride-hailing services later this year, said the new name is meant to evoke the “motion” of transportation as well as the “emotion” of the decision to get somewhere safely.

The joint venture was first announced in March 2020, when Hyundai said it would spend $1.6 billion to catch up to its rivals in the autonomous vehicle space. Aptiv, a self-driving technology company that is an offshoot of global auto parts supplier Delphi, owns 50 percent of the venture.

Karl Iagnemma, the former CEO of self-driving startup NuTonomy that was acquired by Delphi in 2017, is now president and CEO of Motional. In an interview, he said the company’s fleet of vehicles that are operating in Las Vegas, Singapore, and Seoul, will soon be rebranded with the “Motional” brand.

“Whether we like it or not these days transportation decisions are emotional decisions,” Iagnemma said. “Choosing how to get from A to B safely, that’s an emotional decision. So Motional will keep that insight central to every product we develop.”

While its name may be new, Iagnemma contends that the Motional team has been hard at work on getting cars to drive themselves for a long time. Through NuTonomy, and then Delphi, and then Aptiv, and now Motional, the company’s engineers were responsible for the world’s first robotaxi pilot in Singapore, as well as the first cross-country New York-to-San Francisco autonomous trip. Over the last two years, Aptiv’s fleet of safety-driver monitored autonomous taxis in Las Vegas (in partnership with Lyft) have completed over 100,000 trips.

The coronavirus pandemic has thrown a gear in the wrench of many autonomous vehicle projects. Public testing in the US and other countries was halted for months. And experts now believe the virus will make shared autonomous vehicles as taxis a more difficult sell for hygiene conscious consumers. The collapse of Uber and Lyft’s ride-hailing business in the US seems to presage some of the difficulty autonomous vehicle developers will face convincing passengers to ride in their cars.

But Iagnemma sees it differently. He cited a survey that Motional recently conducted that found one in five people more interested in autonomous vehicles as a result of the pandemic. “What we’re doing feels more important and more relevant than ever,” he said.

Hyundai isn’t a complete stranger to self-driving cars. The company worked with a Chinese company called Pony.ai to test self-driving cars as taxis in Irvine, California last year. The cars were not fully driverless; a safety driver and an engineer rode in the driver and passenger seats of each vehicle.

But the joint venture is a more significant financial contribution from the South Korean automaker. Hyundai along with Kia Motors will collectively contribute $1.6 billion in cash and $400 million in research and development resources and others, valuing the joint venture $4 billion.

Unlike some of its competitors, Hyundai receiving financial support from the government of South Korea to boost its efforts in both autonomous and electric vehicle development. South Korea reportedly plans to spend 1.7 trillion won ($1.4 trillion) between 2021 and 2027 on self-driving technology. As a condition of receiving the backing, though, Hyundai agreed to launch a fully autonomous fleet of vehicles for customers by 2024 and for the general public by 2027.