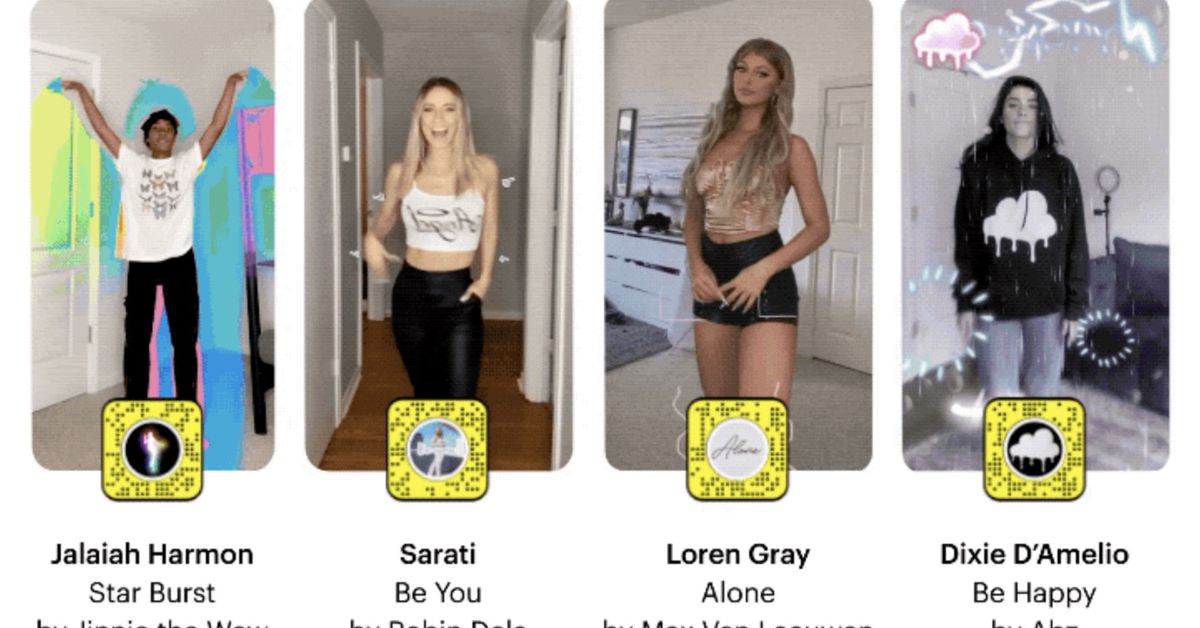 Snap knows that people post videos with its augmented reality lenses to multiple platforms, and today, it’s launching lenses specifically to be used on TikTok. The company is partnering with four TikTok stars, including Jalaiah Harmon, who created the Renegade dance, to launch Snapchat lenses that track people’s bodies as they move and change in response. One lens, made in collaboration with Dixie D’Amelio, places rain around the subject along with cartoon lightning bolts and fireworks, depending on how they move. Snap says these lenses track 18 joints across the body, and anyone can make body lenses starting today through Lens Studio.

With these initial lenses, the idea is clearly to incentivize people to come to Snapchat for its creative tools, possibly more than its social network. Given that all of Snapchat’s influencer partners for this rollout are prominent TikTok dancers, the company is tacitly saying it wants people to dance with the lenses and use them in challenges, which are most popular on TikTok.

For now, only two of the lenses have music embedded, so people can’t play music and perform the challenges straight from Snapchat. Instead, they’ll have to play the music from a different app while recording or perform the dance without music cues. Snap says it plans to allow English-speaking users to record with music starting this fall. The company says the feature is designed to help people share music with their close friends rather than encourage dance challenges on the platform.

Generally, Snapchat is positioning itself as more of a place to create than to share, which is an interesting space to see the company conquer. Snap has considered itself a camera company for years now, and these lenses, along with other initiatives like its Snap Camera desktop app, speak to that mission.