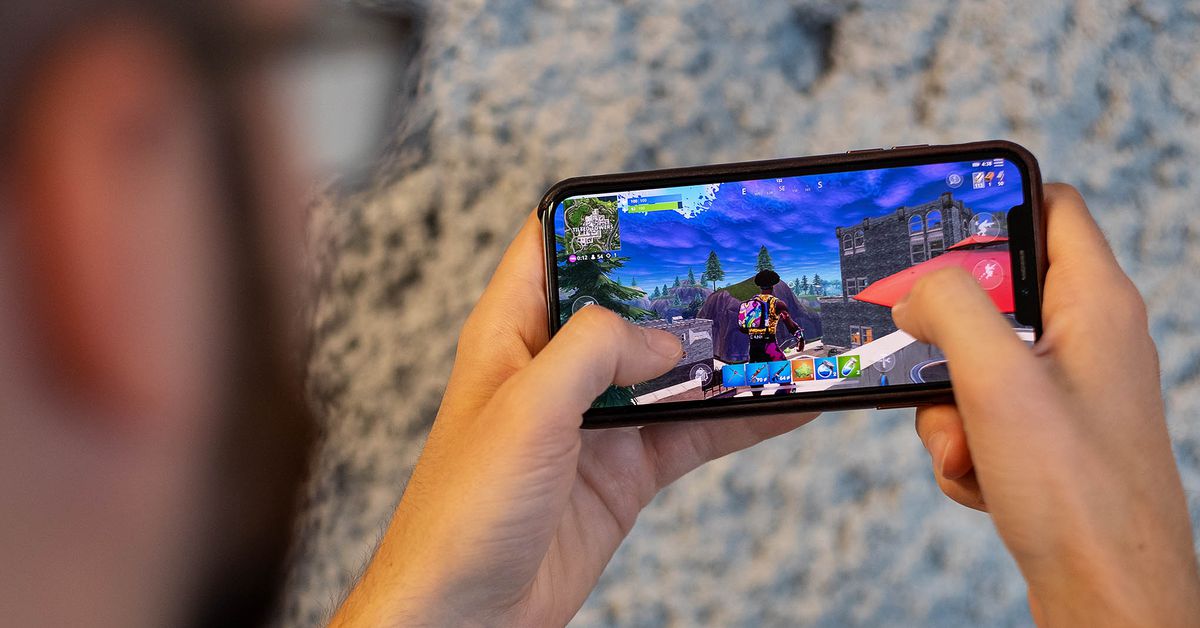 Apple and Epic Games have gone to war, with the two companies clashing over Apple’s App Store policies. Epic, in protest of Apple’s 30 percent fee for any digital transactions on its iOS platform, attempted to circumvent things with a direct payment option in Fortnite, leading Apple to ban the game entirely. But Apple’s Fortnite fight isn’t just over a particular policy for the App Store; it’s a battle that could decide the future of one of the key parts of Apple’s present and future business.

The 30 percent “Apple tax” is the beating heart for Apple’s services business, which it has emphasized as growth as the iPhone business starts to slow. That line of revenue has become a critical part of Apple’s business, the bright star executives have been able to point to on earnings reports in recent quarters. Labeling the revenue line as “services” lets Apple obscure where the money is really coming from — and onstage, Apple executives tend to talk about the prestige products like Apple Music, Apple TV Plus, Apple News Plus, or Apple Arcade. But the money from those services is dwarfed by Apple’s cut of the money flowing through its App Store and its power to force major players like Adobe, Spotify, and even Epic to pay the toll. So when Apple squares off over Fortnite, it’s not just fighting over one app or one policy. It’s protecting one of the key sources of revenue in the years to come — a source it could lose permanently if Epic comes out on top.

The App Store may have started out small, but today, it makes Apple a staggering amount of money. In 2019 alone, Apple’s percentage taken on digital content sold through the App Store accounted for an estimated $18.3 billion, or nearly 40 percent of Apple’s total service revenue. (To reach that number, Apple says that $61 billion of digital content was sold through the App Store in 2019, of which it took an estimated $18.3 billion cut, compared to the $46.3 billion Apple reported in services revenue on its collected 2019 quarterly earnings.)

An overwhelming amount of that $18.3 billion comes from in-app purchases in free-to-play games like Fortnite, Candy Crush, and Pokémon Go along with subscription apps like Tinder, Disney Plus, Twitch, and YouTube. As of today, SensorTower notes that of the 200 top-grossing iPhone apps, only one (Minecraft) costs money upfront. And Apple needs those payments to flow through the App Store specifically so it can collect on those purchases and subscriptions.

That might seem like a strange business for a company that built its name on making hardware customers pay for quality, but Apple wasn’t always this reliant on App Store revenue. Back when Apple first announced the App Store in 2008, it announced that developers get 70 percent of whatever they sell, and Apple gets to keep 30 percent for “upkeep,” as former Apple CEO Steve Jobs referred to it onstage. Jobs would go on to claim at the time that “we don’t expect this to be a big profit generator.”

The original model for the App Store was to profit off of paid apps, while free apps would serve as the gateway point to drive customers toward spending more money. The best example of this plan came when Apple first added support for in-app purchases in June 2009. At the time, it was only limited to paid apps looking to add additional content, and with limits on subscription models. “Free apps remain free,” boasted Apple’s then-mobile software head Scott Forstall at the announcement.

That policy lasted for a mere five months until Apple opened the floodgates and allowed free apps to add optional purchases, which have dominated the App Store and Play Store charts — and net gross — ever since.

But as business models changed and the amount of money that followed through apps grew, Apple started to tighten its grip. In 2011, Apple amended the App Store rules to bar developers from selling subscriptions or in-app purchases unless they were sold through Apple’s system (and submitted to Apple’s 30 percent tax).

Some companies, like Netflix and Hulu, complied with the change. Others, like Spotify, charged a premium on iOS to account for the extra fee and encouraged customers to subscribe directly elsewhere. And others, like Amazon, dug in their heels, refused to pay Apple’s fee, and removed the ability to purchase content in their apps entirely. (To date, Amazon’s iOS Kindle app still has no option to purchase books directly, although Amazon has managed to cut a special deal with Apple for its Prime Video app.)

As the market for apps has continued to change and developers struggled to monetize, Apple has tried to push for subscription costs for apps (spanning huge apps like Microsoft Office and Adobe’s Creative Cloud suite to popular apps like Fantastical to one-man-teams like Carrot Weather). It’s the same logic driving Apple’s own pursuit of subscriptions: getting users to pay continuously for services means increased revenue. Apple even went as far as to lower its 30 percent take down to 15 percent after a year for developers willing to commit to subscriptions. (After all, 15 percent of a recurring fee that’s charged for years is far better than 30 percent of an upfront cost once.)

Those policies have worked wonders for Apple: today, nearly every top-grossing app on the platform is either a subscription or a service; and while Apple says that the App Store had paid out $120 billion to developers in 2019, it neglected to mention that it’s also netted the company roughly $51 billion over the lifetime of the store. “Upkeep,” indeed.

The net result of all these years of growth is that the App Store has become too big a part of Apple’s identity to give up now. Apple may fancy itself a Hollywood savant with Apple TV Plus or a creative haven with Apple Arcade, but the core business is much simpler. Apple sells iPhones, and then it makes App Store money from the free-to-play games and subscription services that run on those iPhones. And as iPhone growth has slowed, the importance of that second business has only grown. There may come a time when Apple’s other subscription offerings are able to carry the company forward, but it’s not today.

For now, though, Apple’s “services” is the App Store, and the App Store is Apple’s fee from free-to-play games like Fortnite. That means Apple likely isn’t going to give in to Epic’s protests here without a fight — for a revenue source this important, it doesn’t have a choice.

Microsoft Flight Simulator is even better with this Airbus flight stick

Mon Aug 17 , 2020
Unless you are a hardcore fan of flight simulators, you probably don’t have a flight stick at your desk. There was a time when flight sticks, or more generic “joysticks,” were an essential PC gaming accessory, but Windows’ support for Xbox-style gamepads grew as the demand for games that simulate […]