Covid-19 Is Creating a Wave of Heart Disease 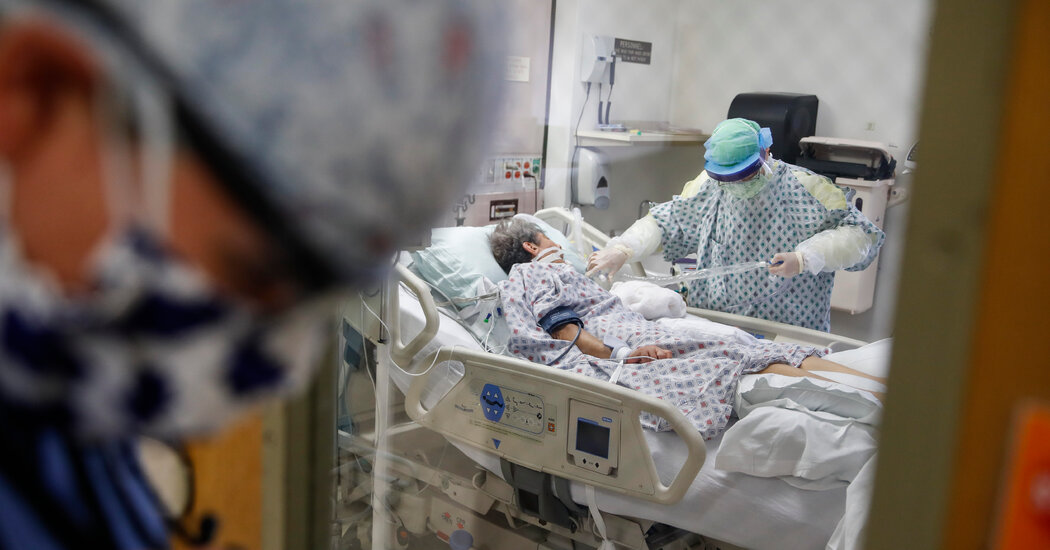 SARS-CoV-2, the virus that causes Covid-19, was initially thought to primarily impact the lungs — SARS stands for “severe acute respiratory syndrome.” Now we know there is barely a part of the body this infection spares. And emerging data show that some of the virus’s most potent damage is inflicted on the heart.

Eduardo Rodriguez was poised to start as the No. 1 pitcher for the Boston Red Sox this season. But in July the 27-year-old tested positive for Covid-19. Feeling “100 years old,” he told reporters: “I’ve never been that sick in my life, and I don’t want to get that sick again.” His symptoms abated, but a few weeks later he felt so tired after throwing about 20 pitches during practice that his team told him to stop and rest.

Further investigation revealed that he had a condition many are still struggling to understand: Covid-19-associated myocarditis. Mr. Rodriguez won’t be playing baseball this season.

Myocarditis means inflammation of the heart muscle. Some patients are never bothered by it, but for others it can have serious implications. And Mr. Rodriguez isn’t the only athlete to suffer from it: Multiple college football players have possibly developed myocarditis from Covid-19, putting the entire college football landscape in jeopardy.

I recently treated one Covid-19 patient in his early 50s. He had been in perfect shape with no history of serious illness. When the fevers and body aches started, he locked himself in his room. But instead of getting better, his condition deteriorated and he eventually accumulated gallons of fluid in his legs. When he came to the hospital unable to catch a breath, it wasn’t his lungs that had pushed him to the brink — it was his heart. Now we are evaluating him to see if he needs a heart transplant.

An intriguing new study from Germany offers a glimpse into how SARS-CoV-2 affects the heart. Researchers studied 100 individuals, with a median age of just 49, who had recovered from Covid-19. Most were asymptomatic or had mild symptoms.

An average of two months after they received the diagnosis, the researchers performed M.R.I. scans of their hearts and made some alarming discoveries: Nearly 80 percent had persistent abnormalities and 60 percent had evidence of myocarditis. The degree of myocarditis was not explained by the severity of the initial illness.

Though the study has some flaws, and the generalizability and significance of its findings not fully known, it makes clear that in young patients who had seemingly overcome SARS-CoV-2 it’s fairly common for the heart to be affected. We may be seeing only the beginning of the damage.

Researchers are still figuring out how SARS-CoV-2 causes myocarditis — whether it’s through the virus directly injuring the heart or whether it’s from the virulent immune reaction that it stimulates. It’s possible that part of the success of immunosuppressant medications such as the steroid dexamethasone in treating sick Covid-19 patients comes from their preventing inflammatory damage to the heart. Such steroids are commonly used to treat cases of myocarditis. Despite treatment, more severe forms of Covid-19-associated myocarditis can lead to permanent damage of the heart — which, in turn, can lead to heart failure.

But myocarditis is not the only way Covid-19 can cause more people to die of heart disease. When I analyzed data from the Centers for Disease Control and Prevention, I found that since February nearly 25,000 more Americans have died of heart disease compared with the same period in previous years. Some of these deaths could be put down to Covid-19, but the majority are likely to be because patients deferred care for their hearts. That could lead to a wave of untreated heart disease in the wake of the pandemic.

Many patients are understandably apprehensive about coming back to the clinic or hospital. The American Heart Association has started a campaign called “Don’t Die of Doubt” to address the alarming reduction in people calling 911 or seeking medical care after a heart attack or stroke.

Since the beginning of the pandemic, it’s been clear that people with heart disease or related conditions such as diabetes or high blood pressure are at increased risk for severe Covid-19 illness. The C.D.C. recommends that the more than 30 million Americans living with heart disease practice extra precautions to avoid infection. Hospitals and clinics should work overtime both to ensure they are safe for patients and to bolster telemedicine services so that patients can be cared for without having to leave their homes.

Doctors and researchers should no longer think of Covid-19 as a disease of the lungs but as one that can affect any part of the body, especially the heart. The only way to prevent more people dying of heart disease, both from damage caused by the virus as well as from deferred care of heart disease, is to control the pandemic.

Haider Warraich (@haiderwarraich), the author of “State of the Heart: Exploring the History, Science, and Future of Cardiac Disease,” is a cardiologist and researcher at the Veterans Affairs Boston Healthcare System, Brigham and Women’s Hospital and Harvard Medical School.