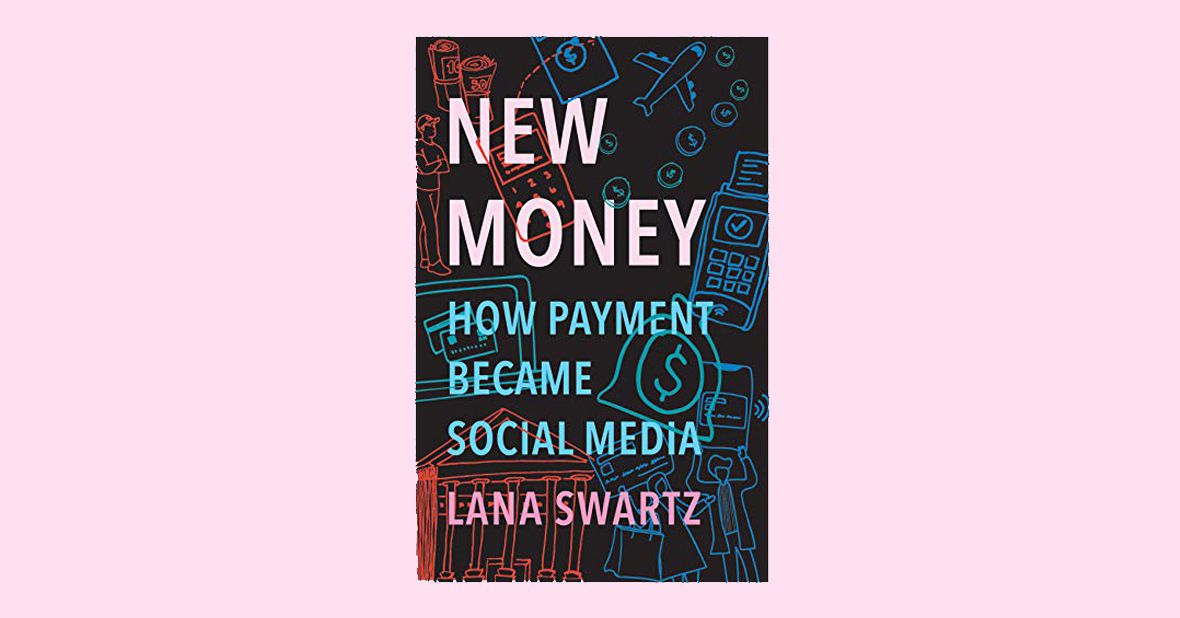 When you think about money, you probably don’t think about it as a form of media. Apps like Venmo, PayPal, and Square’s Cash App have blurred the line between payment platforms and social media. But there’s a long history of financial services being used as a communications medium — from Western Union to Visa to bitcoin.

Lana Swartz, an assistant professor of media studies at the University of Virginia, points out in her new book, New Money: How Payment Became Social Media, how the technologies of money map perfectly alongside the technologies of communication and media.

“If we think about paper money,” Swartz explains, “it’s covered with iconography that tells particular kinds of histories and projects, and particular kinds of futures. It’s one of the most ubiquitous forms of print media that we come in contact with even today when there’s coin shortage.”

This week on our Vergecast interview series, Verge editor-in-chief Nilay Patel talks with Swartz about her book, the history and future of money, Silicon Valley’s fixation with payments, and the underlying systems that move our money around that we may not realize.

Below is a lightly edited excerpt from the conversation.

Nilay Patel: “How payment became social media” is a really interesting place to start. Just explain what you mean.

Lana Swartz: Yeah, so I’m a professor of media studies, and that’s something that sometimes surprises people when they find out I study fintech. I study money, but I really came to money through the lens of thinking about media.

I was doing my PhD in the middle of financial crisis — the last financial crisis — it seemed like everybody was rethinking money and what money could be and what money could do and rethinking the economy. Some of the money technologies we see today kind of directly grew out of that moment — like bitcoin, like Venmo, like what we used to call the sharing economy and we now call the gig economy. And so it was this time when everybody was rethinking money, including myself.

And I brought to it this idea of like, “You know what? In many ways, money is a media form.” If we look at the technologies of money, they map perfectly alongside the technologies of communication and media. If we think about paper money, that does many of the same things historians talk about print currency is doing: it creates this kind of nation-state as a vector of identity. It’s covered with iconography that tells particular kinds of histories and projects and particular kinds of futures. It’s one of the most ubiquitous forms of print media that we come in contact with even today when there’s coin shortage.

And then it moves to the telegraph, we think about Western Union primarily as a money technology, but it certainly started its life as a communication technology.

We think about how the very same kinds of computers that were used to build the early internet were also used to build the Visa / Mastercard network in the ‘70s. And even — I’m not that old; I’m an older millennial — but even I can remember a time when I was shopping and they couldn’t process my card (I guess my mom’s card) because someone was on the phone. And the card had to go through a dial-up modem.

So many new money technologies today are mobile, are internet driven. Every step of the way, we think about how money and media really kind of track alongside each other.

And then in terms of social media, clearly, in the last 10 years, Silicon Valley has turned its attention to doing money. There’s bitcoin, of course, but there’s also Venmo. Nearly every major social media platform has tried — mostly unsuccessfully — to do money. And increasingly, financial technologies and banks are trying to look more like social media. So I’m trying to really understand those changes in the book.

The title [of the book] is focused on payment, on the transactions between people, between people and corporations. What is it about payment specifically? Why call that out there?

Yeah, so as a media scholar, I’m just really interested in the politics that money takes on when we look at it in its payment form. Traditionally, economists and the old early 20th century economic textbooks would say money’s functions are a matter of a medium, a measure, a standard, a store. I could break all those down, but it’s really the first one I’m interested in, which is a media, a medium of exchange. We don’t just use money as a medium exchange magically. It has to be made by someone — whether that’s cash and the federal government or whether that’s Venmo and Silicon Valley. So when we look at how payment happens, that’s where I think some of the unexamined politics and meaning and culture lies.

And then, payments is a huge industry. It’s something we all use every day — many, many, many times a day. And we don’t even notice unless, of course, something goes wrong, something is broken.

I’ve read industry measurements that say that the payments industry generates more revenue than global Hollywood, more revenue than the pharmaceutical industry. It’s sometimes historically thought of as kind of a backwater in banking where all the flash and exciting things happen on Wall Street trading floors, and payment is this consumer and commercial services wing. But it’s really the place where we’re seeing all the innovation and where Silicon Valley has found the most interest.

So this vast infrastructure, this vast information and communication infrastructure that we all use every day, that’s super important. That can mean life or death. If we can’t access our money, that’s basically the same thing as not having it. And yet, it’s largely unexamined. When I talk to people about it, they’re like, “Oh, wow, yeah. I never even noticed it was there.”