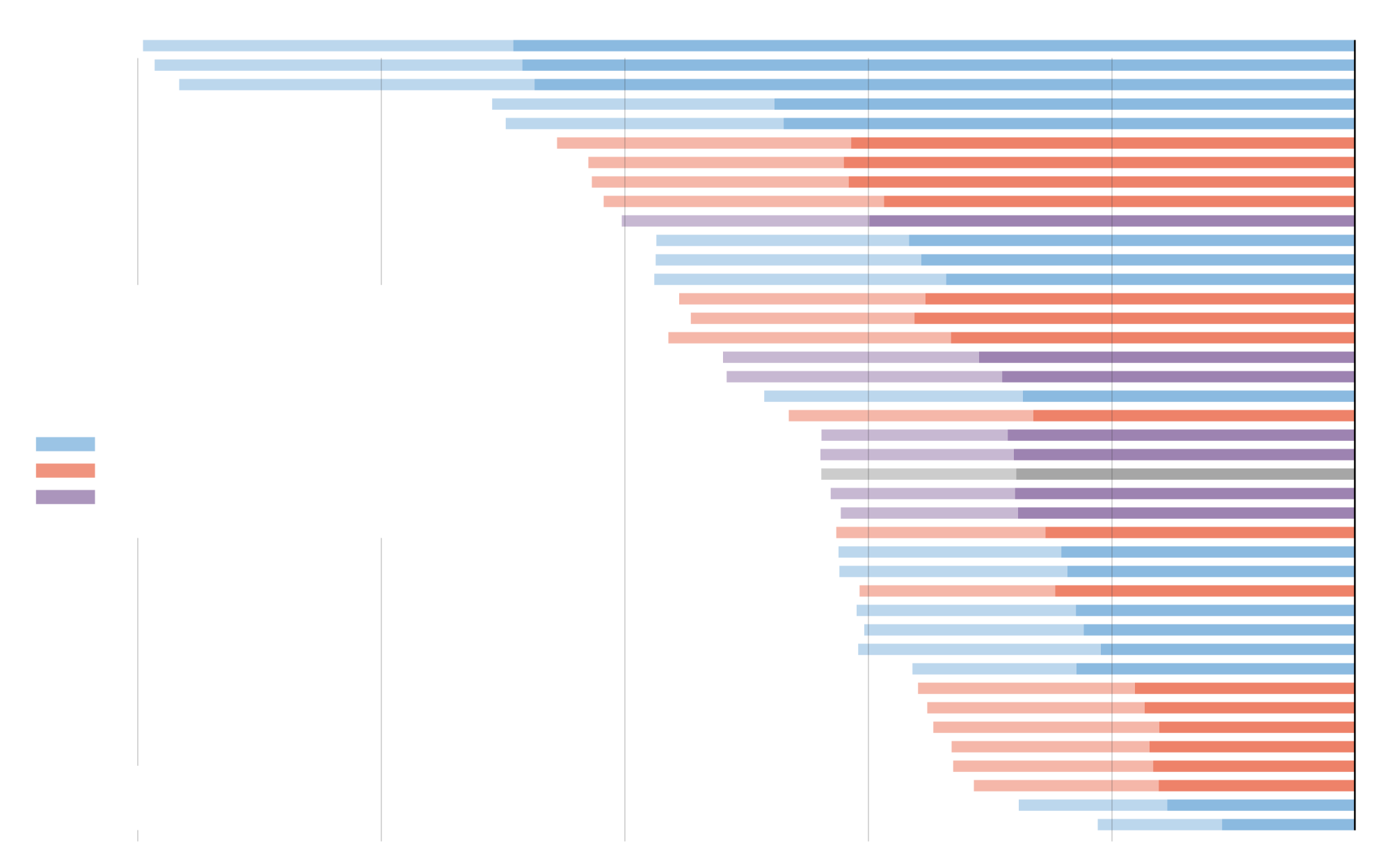 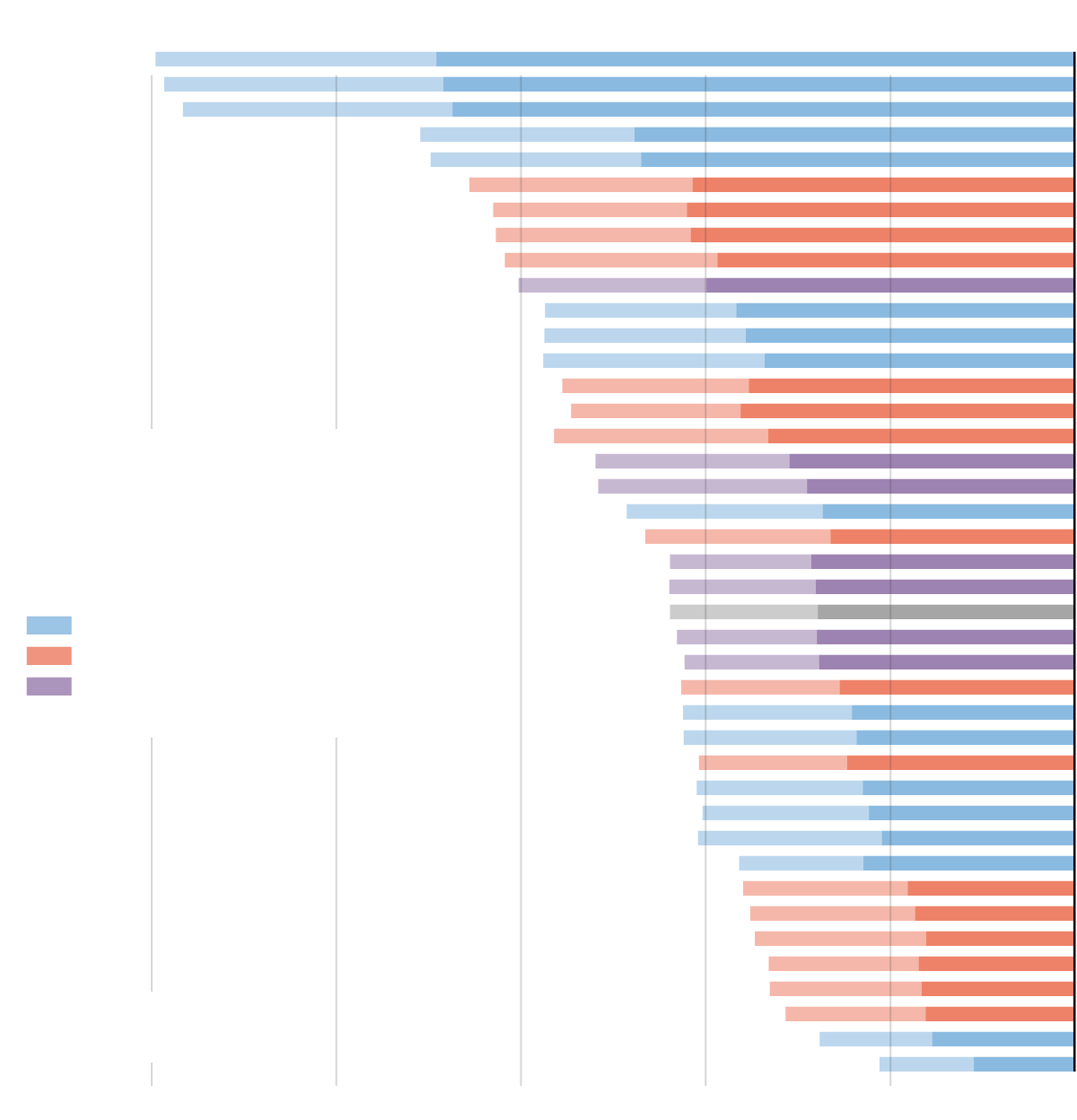 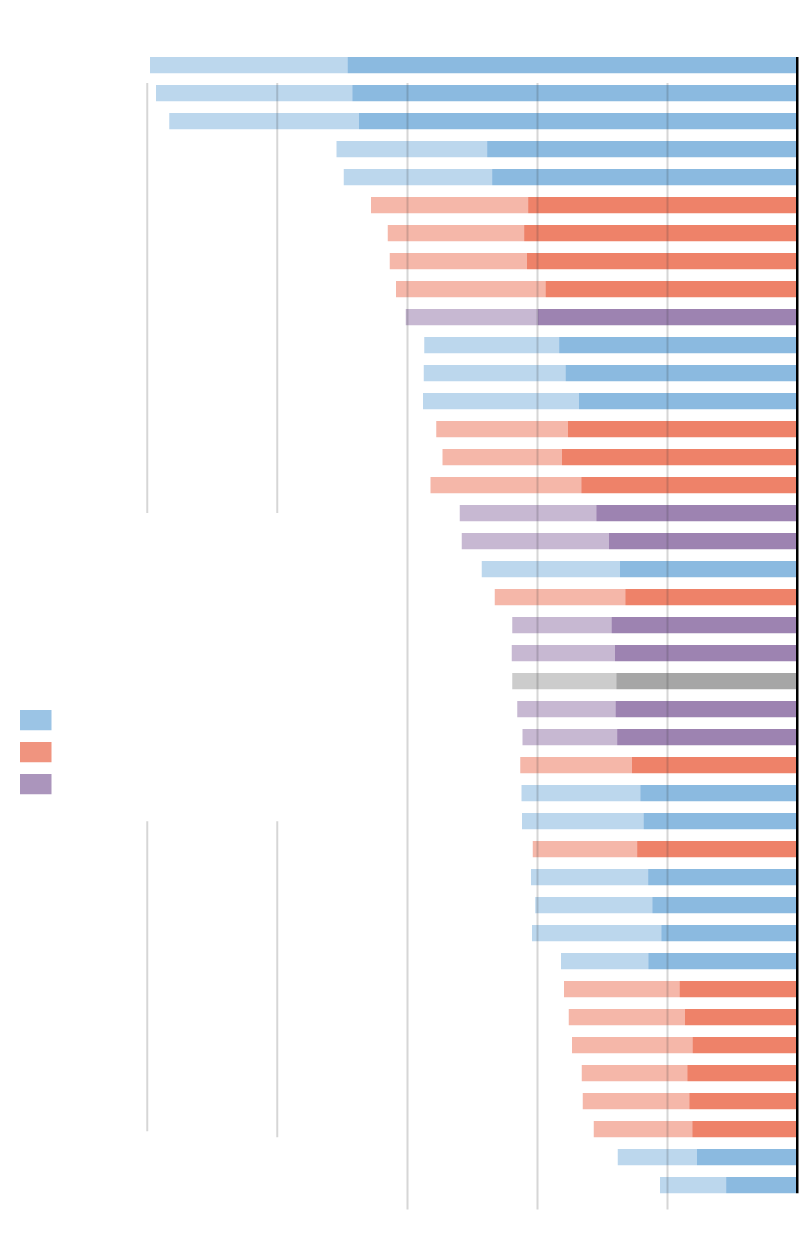 Note: Each city is a Fiscally Standardized City, covering municipal budgets but also revenues to other government entities providing city services like school or sewer districts. Source: Estimates from The Fiscal Effects of The Covid-19 Pandemic on Cities: An Initial Assessment, National Tax Journal by Howard Chernick, David Copeland and Andrew Reschovsky

The coronavirus recession will erode city budgets in many insidious ways. It will slash the casino revenues that Detroit relies on. It will squeeze the state aid that is a lifeblood to Rochester and Buffalo in upstate New York. It will cut the sales tax revenue in New Orleans and Baton Rouge, where a healthy government depends on people buying things.

The crisis has arrived faster than the damage from the Great Recession ever did. And it will cut deep in the fiscal year ahead, with many communities likely to lose 10 percent or more of the revenue they would have seen without the pandemic, according to a new analysis. That’s enough for residents to experience short-staffed libraries, strained parks departments and fewer road projects. The hardest-hit cities like Rochester and Buffalo could face 20 percent losses.

“The Great Recession was a story of long, drawn-out fiscal pain — this is sharper,” said Howard Chernick, a professor emeritus of economics at Hunter College and the Graduate Center at the City University of New York, who worked on the new analysis estimating revenue shortfalls for 150 major cities across the nation.

These numbers give a sense of the possible economic pain for cities if Congress and the White House fail to agree on a new relief package that includes aid to state and local governments. It also rebuts some of the prevailing, largely Republican arguments that have stalled those negotiations: that federal help will bail out only blue cities and those that have mismanaged their finances.

Many cities facing steep losses are in states represented by Republican senators, like Florida or Louisiana. And the analysis found little relationship between whether a place was fiscally healthy before the pandemic and the most dire projections of revenue shortfalls.

What matters more in this pandemic moment is how a city generates money: Those highly dependent on tourism, on direct state aid or on volatile sales taxes will hurt the most. Cities like Boston, which rely heavily on the most stable revenue, property taxes, are in the strongest position — for now.

The estimates, to be published in the National Tax Journal by Mr. Chernick, David Copeland at Georgia State University and Andrew Reschovsky at the University of Wisconsin, are based on the mix of local revenue sources, the importance of state aid and the composition of jobs and wages in each city. The researchers predict average revenue shortfalls in the 2021 fiscal year of about 5.5 percent in a less severe scenario, or 9 percent in a more severe one.

These projections cover not just municipal budgets but also every local government entity that spends money on services to residents in a given city, including counties and sewer or school districts (those budgets are adjusted for the share of residents who live within city borders). As the pandemic has worsened in many parts of the country this summer, the researchers now believe their severe forecasts are more likely. 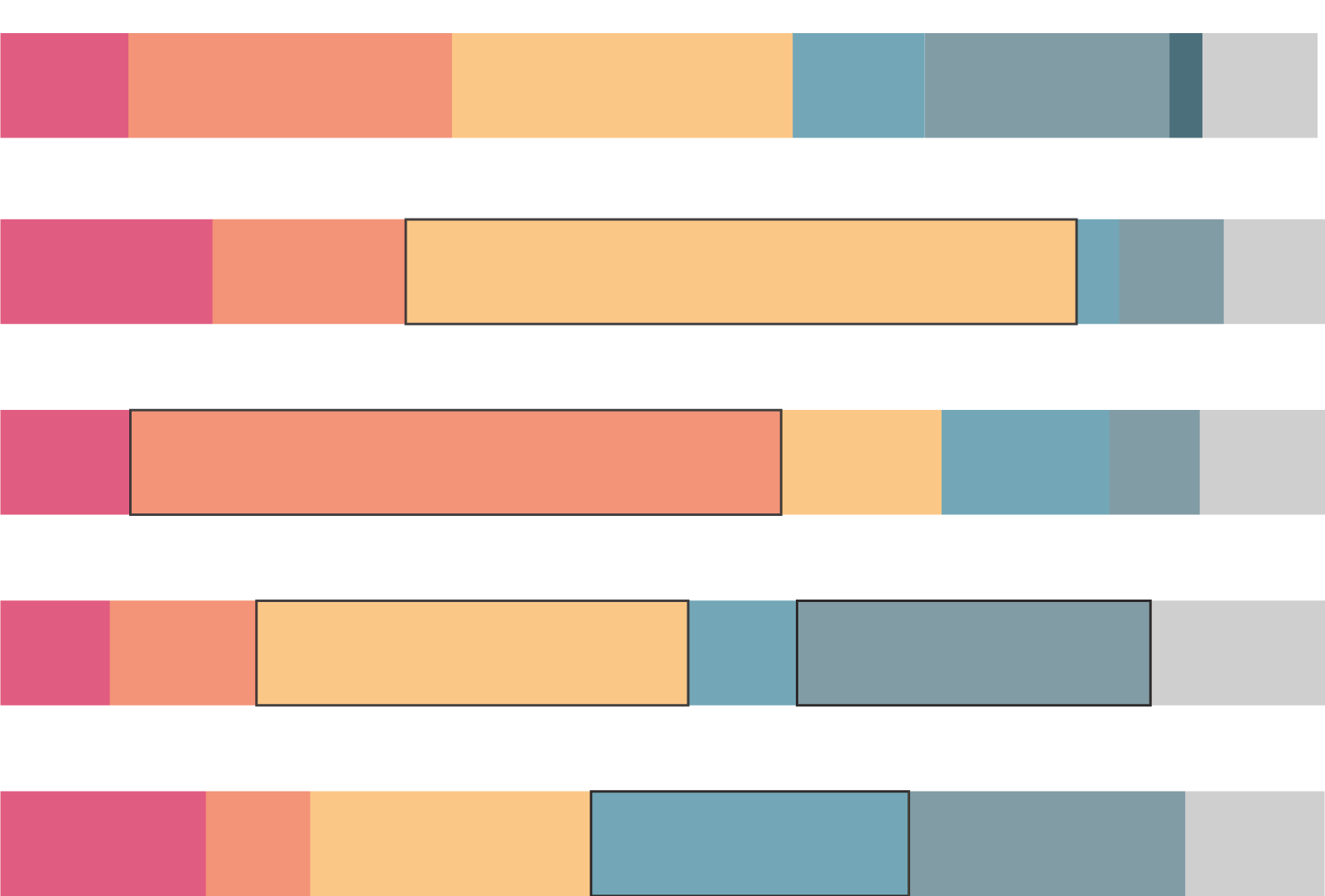 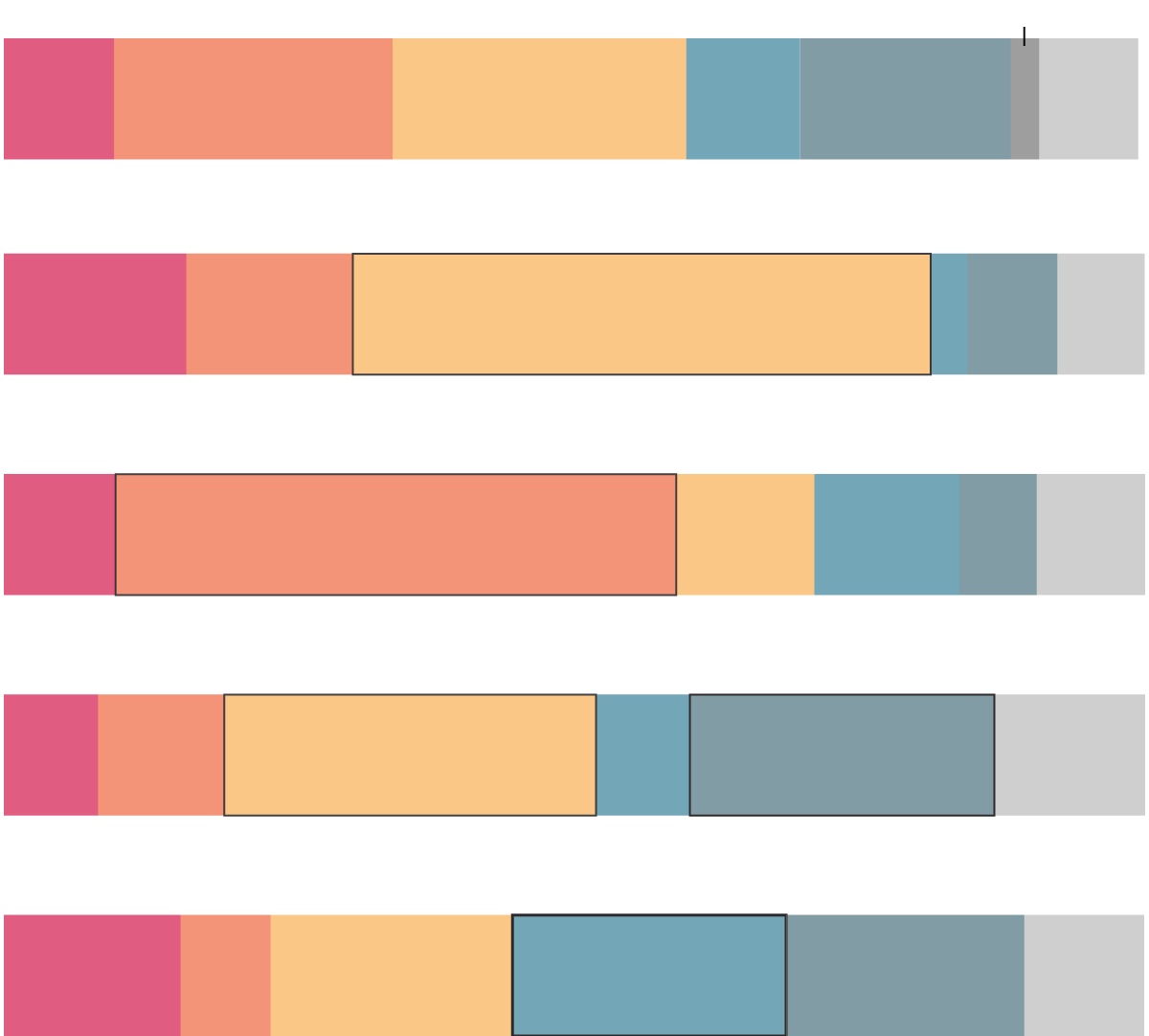 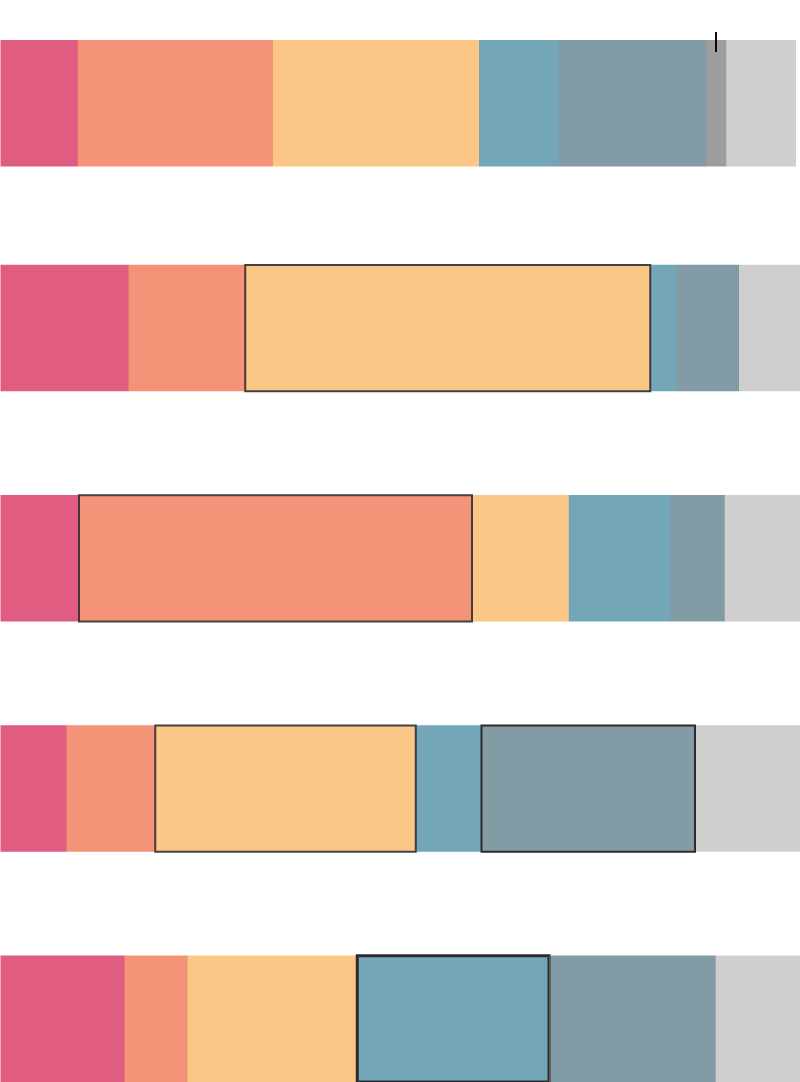 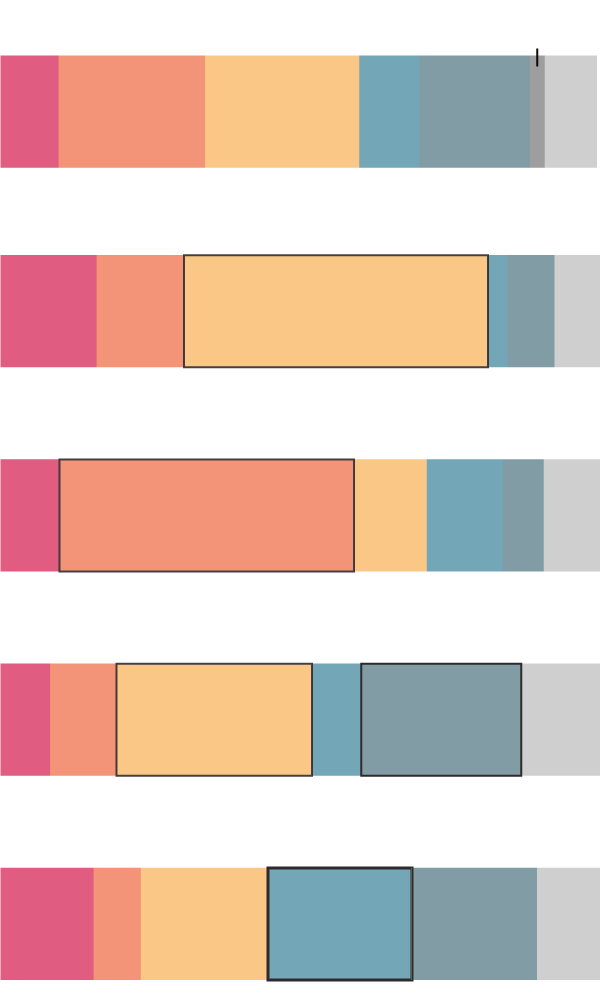 Some of the most vulnerable cities are those like Rochester that rely heavily on state aid, which is also likely to shrink, as it did in the Great Recession.

Rochester already has deferred millions of dollars of nonessential expenses like new uniforms or fire trucks. It furloughed or reduced the hours of about one in 10 city workers, many of whom will return as the city reopens further. Officials delayed an incoming class of new police recruits and canceled the next class of firefighters.

“For Washington to ignore that reality — “it hurts.”

“It’s wrong to punish the victim,” she added. “The city here is the victim.”

Other city officials around the country say they have tried to plan prudently for down times. But the pandemic has brought added costs, while state laws have limited their ability to raise revenue.

In Detroit, one-fifth of the municipal budget typically comes from casino revenue. And casinos have only just reopened, at reduced capacity. The city managed to save money when its recreation centers closed, and it hasn’t spent as much as usual managing downtown traffic. This coming year, the city will also mow the grass less often on vacant properties it owns.

With such moves, officials believe they will be able to get through fiscal year 2021 with a balanced budget. But after that the decisions will get harder, especially without federal help.

“The city needs only to look back into its past to understand what happens when you have a structural imbalance and you don’t have a way of addressing it,” Mr. Massaron said. Before Detroit exited bankruptcy in 2015, emergency response times averaged 18 minutes. All 65,000 streetlights needed replacing.

Other cities heavily dependent on sales taxes felt the implosion of the economy more immediately than cities that count on income or property taxes. Revenue from income taxes will lag behind unemployment; property taxes are set a year or two in advance. Consumer spending, particularly by the biggest spenders, dropped sharply early in the pandemic. And it is expected to fall now for millions of workers whose added $600 federal unemployment benefits expired at the end of July.

Broad shifts in how Americans eat during the pandemic have affected tax receipts as well: Restaurant meals are taxed, but in most states the groceries people cook at home are not.

In Colorado Springs, which relies heavily on sales taxes, those revenues plummeted in late March and April. But they crept back in May and, to everyone’s surprise, the city saw slightly more in sales tax revenues in June than it did in June of last year. Mayor John Suthers attributes that to the resilience of the local military and defense sectors — and to all the online shopping residents have been doing.

Thanks to a 2018 court ruling, states can now collect sales taxes on purchases through Amazon or other online retailers, regardless of whether those retailers have a physical presence locally. That’s a silver lining.

“Without the Supreme Court’s intervention, in the last three years this would have been a whole different ballgame for us,” Mr. Suthers said.

Orlando, Fla., is projected to suffer about as much as Colorado Springs in these estimates. But with the county responsible for many services, the Orlando municipal government will be spared the worst of the pain. Orlando City Hall’s revenues rely heavily on property taxes, which were already set to grow next year. And, like Colorado Springs, the Orlando area has long benefited from population growth and a construction boom — the other side of broad demographic shifts toward the Sun Belt that have left Northeastern cities like Rochester more vulnerable.

“Maybe Orlando isn’t in the same dire situation as other places,” said Chris McCullion, the city’s chief financial officer. But he, too, is calling for direct federal aid, as is Mr. Suthers, a Republican mayor. “This is really, really important for the long-term health of cities and states,” Mr. McCullion said.

At risk is not just services for local residents in any given city, but the possibility that disparities will widen between cities that can weather this crisis and those that can’t, if they are largely left on their own.

“One legacy of the Great Recession was exposing and increasing inequities between communities,” said Amanda Kass, the associate director of the Government Finance Research Center at the University of Illinois at Chicago. Now those disparities could grow even wider.

John Kasich, a ‘Deeply Worried’ Republican, Steps Up for Biden

Tue Aug 18 , 2020
Pin it Email https://smartrobotics.com.ng/2020/08/18/the-recession-is-about-to-slam-cities-not-just-the-blue-state-ones/#bWVybGluXzE3NTg Former Gov. John R. Kasich of Ohio, the last candidate standing against Donald J. Trump for the Republican nomination four years ago, crossed the partisan divide on Monday night to speak at the Democratic National Convention and call on fellow Republicans to abandon the president in […]