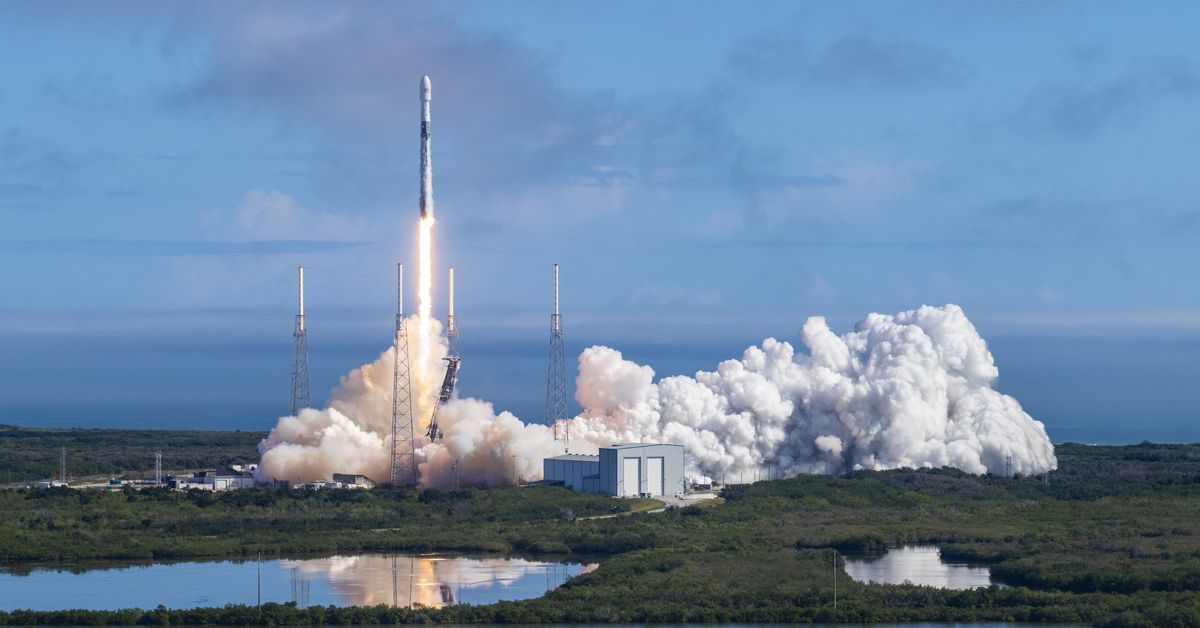 This morning, SpaceX is set to launch its latest batch of internet-beaming Starlink satellites into orbit, and the company is using one of its most space-worthy rockets for the job. The Falcon 9 rocket launching on today’s mission has already been to space and back five times before, and if all goes well, it could become the first SpaceX booster to launch for the sixth time.

Loaded on top of the rocket are 58 of SpaceX’s own Starlink satellites as well as three small hitchhiking probes. The added trio are Earth-observing SkySat satellites operated by the company Planet. It’s the second time that SkySats will ride along on a SpaceX Starlink mission; three SkySats also flew to orbit with 58 Starlink satellites in June. Typical launches consist of 60 Starlink satellites, but SpaceX sometimes makes space for companies willing to pay for a ride to orbit.

So far, SpaceX has launched nearly 600 satellites for its Starlink initiative, aimed at creating a global constellation of spacecraft to provide broadband coverage from orbit. Beta-testing of the system seems to have gotten underway for a small group of users who have been conducting speed tests of Starlink through Ookla. Details of SpaceX’s Starlink testing found within the source code of the company’s website revealed that beta-testing will begin in rural Washington and then expand to the northern United States and southern Canada.

Liftoff for today’s launch is scheduled for 10:31AM ET out of SpaceX’s launch site at Cape Canaveral Air Force Station in Florida. The SkySats are slated to deploy first, just 12.5 minutes after takeoff, followed by the Starlink satellites about half an hour after that. After launching, SpaceX’s Falcon 9 rocket will attempt to land on one of the company’s autonomous drone ships in the Atlantic Ocean. If successful, it’ll mark a record-breaking sixth landing for the Falcon 9, paving the way for the vehicle to launch for an unprecedented seventh time.

So far, weather is looking okay for launch, with an 80 percent chance that conditions will be favorable. SpaceX’s live coverage will begin about 15 minutes before takeoff, so check back then to watch the company’s 11th Starlink mission get off the ground.