Uber CEO on the fight in California: ‘We can’t go out and hire 50,000 people overnight’ 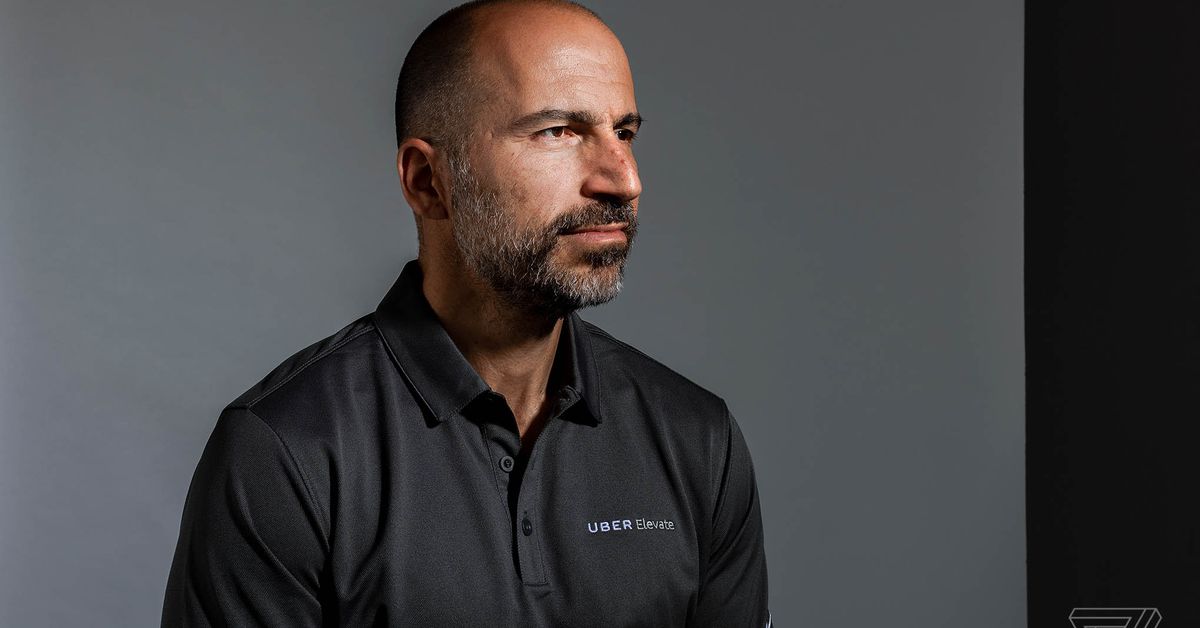 In a podcast interview Wednesday, Uber CEO Dara Khosrowshahi rejected the notion his company is capable of employing all of its drivers in California, as a state judge has ordered it to do.

“We can’t go out and hire 50,000 people overnight,” Khosrowshahi said on the Pivot School podcast hosted by Kara Swisher and Scott Galloway. “Everything that we have built is based on this platform that… brings people who want transportation or delivery together. You can’t flip that overnight.”

“You can’t flip that overnight”

Last week, California Superior Court Judge Ethan Schulman ordered Uber and Lyft to comply with AB5, the state law that makes it more difficult for companies to use independent contractors. In his ruling, Schulman dismissed Uber’s argument that it was a technology platform and that drivers were not core to its business. “To state the obvious, drivers are central, not tangential, to Uber and Lyft’s entire ride-hailing business,” Schulman wrote.

But the companies claim they would need to shut down operations in California completely in order to retool their businesses to comply with the law.

Khosrowshahi confirmed reports that Uber was looking into other models, like a franchise-style system in which the company would license its brand to fleet operators in California. “There’s a black car service that we have that’s based on fleets,” he said. “And we are trying to figure out exactly what we do going forward.”

Regardless, Khosrowshahi said that Uber’s response would be to limit the number of drivers allowed on its platform and to raise prices for customers after it eventually relaunches in the state. He predicted that upwards of 80 percent of those drivers who only log onto the app for 5-10 a week would no longer be able to earn on the platform. Trip prices in dense urban centers like San Francisco will go up around 20 percent, he said, while rates would be even higher in smaller, less dense cities.

But the interview also got the core of Uber’s position in the American economy. The company helped create both the so-called gig and sharing economies, helping to popularize the notion that someone with a car or a home could earn extra money renting either of those things out. But services quickly became professionalized, with drivers looking to earn a steady income and finding it difficult to do so under the yoke of Uber’s algorithm.

It’s also an unsustainable business model — at least so far. Uber has never been profitable, routinely losing billions of dollars every quarter. And the company has long been accused of exacerbating income inequality in the country by helping popularize a system in which it uses independent contractors who aren’t eligible for traditional employee benefits.

Galloway, who in addition to podcasting also serves as a professor of marketing at the New York University Stern School of Business, asked whether Uber is “ground zero for income inequality,” noting the gap between Uber’s regular employees who earn six-figure salaries and above, and the millions of drivers, some of whom live below the poverty line.

Khosrowshahi said the question starts with a “false premise, which is drivers and couriers who use our system are employees. They are not employees… they can decide when to work, etc. This idea that, oh you can have flexibility with employment at the same time, it’s just false on the face of it.”

“They are not employees”

Uber’s critics note that there is nothing stopping Uber from continuing to provide drivers with the flexibility to set their own schedules under AB5. But the company rejects this notion, arguing that no company in California or elsewhere lets employees set their own hours.

Uber has proposed a “third way” through the ballot measure it’s supporting in California called Proposition 22. The measure would allow the company to sidestep AB5 and go on classifying drivers as independent contractors, while also providing some added benefits like a minimum wage and access to health insurance. Along with Lyft and DoorDash, it has committed to spend over $100 million, while union-backed driver groups only have around $866,000 to lobby against it.

“We’re absolutely going to be outspent by astronomical proportions,” Vanessa Bain, co-founder of Gig Workers Collective, told Swisher and Galloway prior to Khosrowshahi’s interview. “We don’t have the capital, we don’t have the resources to be able to spend anywhere near what these companies are spending to get Prop 22 passed.”

Swisher proposed adding a driver representative to Uber’s board to help driver better hold the company accountable. Khosrowshahi seemed to suggest it was possible, citing German companies that have an employee representative on their boards, which he called “cool.” But such a thing would only be possible “in a different world,” he said.

“I do think we have the system that’s optimized… it’s called capitalism,” Khosrowshahi said. “It’s not called labor-ism. It’s not called socialism. It’s capitalism and it’s a system that’s built to maximize shareholder value and capital. And if that’s the only input, then you’re going to keep getting the same results going forward that you got going backward. So these kinds of systemic changes, you know, I’m game for it. I don’t want yesterday’s capitalism 20 years ago to be the same 20 years from now.”