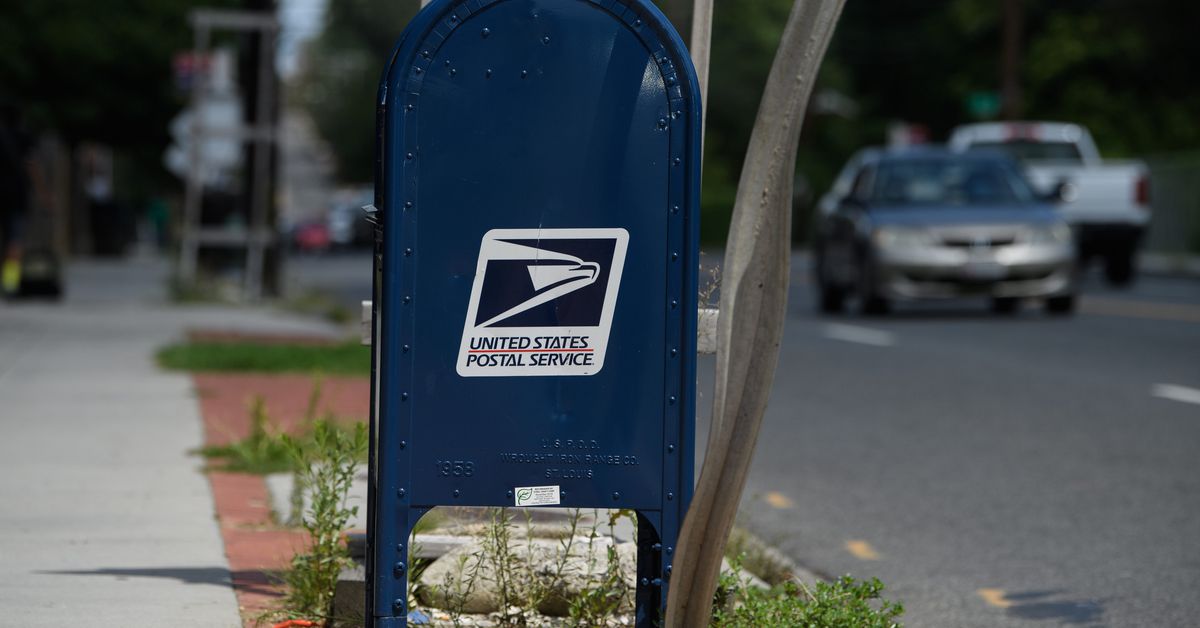 Vitagene, a company that makes mail-in, saliva-based COVID-19 tests, is switching its shipping from the United States Postal Service to FedEx, its CEO told The Verge.

“We’ve had problems with USPS recently, in terms of tracking packages and the delivery of packages,” says CEO Mehdi Maghsoodnia.

Trump-appointed Postmaster General Louis DeJoy, who took the position at the head of USPS in June, has instituted cost-cutting changes (like cutting overtime for postal workers) that have been criticized by lawmakers and the USPS workers union for slowing mail service. Vitagene started noticing the delays about three or four weeks ago, Maghsoodnia says. The number of customers calling the company to ask about the timing of their shipments because of those delays has ballooned to two or three times the normal rate over that time, he says.

Reliable tracking and quick shipments matter to Maghsoodnia’s customers who often need their results back within a certain time period so that they can return to work. Vitagene started offering the test in May, after it received authorization from the Food and Drug Administration. The company normally offers direct-to-consumer genetic testing. It initially chose USPS for shipping because it was convenient and drop-boxes for packages were accessible to customers in remote areas. But as delays started to pile up, the company felt it had to make a change.

“It was not an easy decision,” Maghsoodnia says. FedEx is more expensive, which increases the cost of testing. It also makes shipping more complicated for test users: FedEx dropoff centers are not accessible for everyone, particularly people who live in remote areas. “But the lack of reliability in USPS basic tracking, and how important the test is to people who are taking it, made us move towards FedEx,” he says. About half of the company’s tests are currently shipping through FedEx, and by the end of the month, it will be up to around 90 percent.

Vitagene handles about 1 percent of the COVID-19 tests done in the United States, and around 60 percent of the telehealth market refers patients to the company for remote testing, Maghsoodnia says. The bulk of its customers are companies or government agencies sourcing testing for their employees, but individual customers can buy tests directly; they cost $129. After they receive the test, users send them directly to the company’s partner lab, RUCDR Infinite Biologics. Results come back within 72 hours of the lab receiving the sample, the Vitagene website says.

Another company making direct-to-consumer COVID-19 testing kits, Everlywell, also uses USPS as their default mail carrier. A spokesperson said that the company has not seen serious issues with kit deliveries, but there have been delays. “We’ve advised our customers that delivery may take a little longer than usual,” Christina Song, the company’s director of communications, said in an email to The Verge.

Other mail-dependent health care services have also been impacted by changes at USPS. Some people are reporting that deliveries of medications have been delayed. USPS usually ships over a billion prescriptions per year, and more people have signed up for prescription deliveries during the pandemic to avoid going to a pharmacy. The American College of Physicians raised alarms this week and said in a statement that it is critical that patients are able to rely on USPS for medication deliveries. “Mail-order prescriptions can be particularly important in rural areas where the local pharmacy may be a long distance away,” the statement said.

Around 80 percent of prescriptions from the Department of Veterans Affairs are sent through USPS. Veterans say they’re now waiting weeks for medication refills.

“USPS is a fundamental, required service,” Maghsoodnia says. “Whatever the issue is, you have to solve it.”