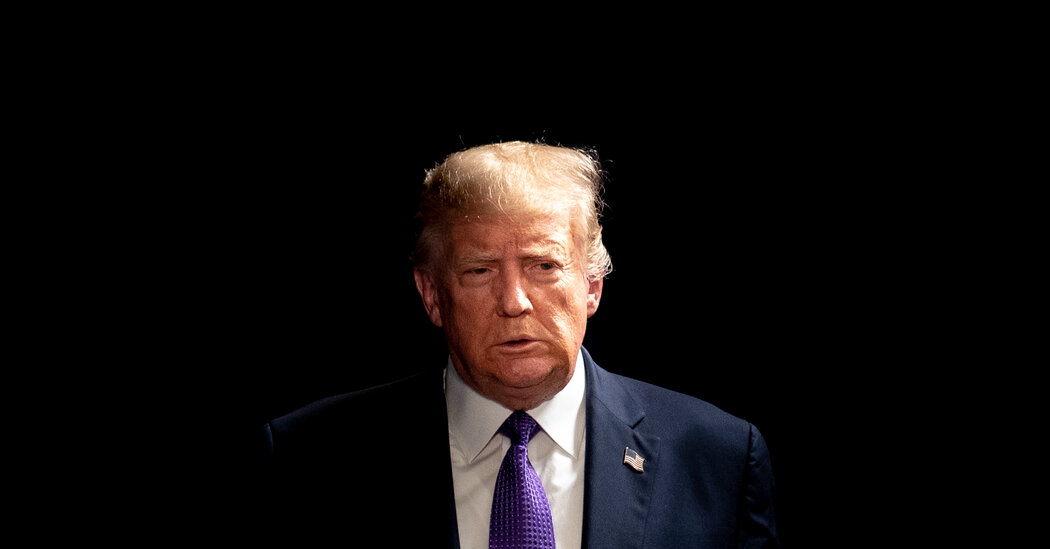 From the start, the Trump-Russia story has been both eye-glazingly complex and extraordinarily simple.

Who is Oleg Deripaska? What’s the G.R.U. again? Who owed what to whom? The sheer number of crisscrossing characters and interlocking pieces of evidence — the phone calls, the emails, the texts, the clandestine international meet-ups — has bamboozled even those who spend their days teasing it all apart. It’s no wonder average Americans tuned out long ago.

A bipartisan report released Tuesday by the Republican-controlled Senate Intelligence Committee cuts through the chaff. The simplicity of the scheme has always been staring us in the face: Donald Trump’s 2016 campaign sought and maintained close contacts with Russian government officials who were helping him get elected. The Trump campaign accepted their offers of help. The campaign secretly provided Russian officials with key polling data. The campaign coordinated the timing of the release of stolen information to hurt Hillary Clinton’s campaign.

The Senate committee’s report isn’t telling this story for the first time, of course. (Was it only a year ago that Robert Mueller testified before Congress about his own damning, comprehensive investigation?) But it is the first to do so with the assent of Senate Republicans, who have mostly ignored the gravity of the Trump camp’s actions or actively worked to cast doubt about the demonstrable facts in the case.

It’s also a timely rebuke to the narrative that Attorney General William Barr has been hawking since before he took office early last year — that “Russiagate” is a “bogus” scandal. Mr. Barr and other Trump allies claim that the Russia investigation was begun without basis and carried out with the intent of “sabotaging the presidency.” That argument has been debunked by every investigative body that has spent any time looking into what happened, including the nation’s intelligence community, Mr. Mueller’s team, the Justice Department’s inspector general and now the Senate Intelligence Committee.

In fact, the committee report, which is nearly 1,000 pages long and is the fifth in a series examining Russian interference in 2016, goes further than Mr. Mueller’s investigation.

For example, Mr. Mueller declined to say whether Mr. Trump had lied under oath when he said that he did not recall speaking with Roger Stone, his longtime aide and confidant, about WikiLeaks, which released the batches of emails stolen by the Russians. But the Senate committee found that the president “did, in fact, speak with Stone about WikiLeaks and with members of his campaign about Stone’s access to WikiLeaks on multiple occasions.”

The committee documented that, on Oct. 7, 2016, Mr. Stone received advance notice of the impending release of the “Access Hollywood” tape, in which Mr. Trump brags about sexually assaulting women. In response, Mr. Stone made at least two phone calls arranging for WikiLeaks to release stolen internal emails from the Democratic National Committee.

The report also found that Konstantin Kilimnik, a longtime business associate of Mr. Trump’s former campaign chairman, Paul Manafort, was a Russian intelligence officer, and may have been linked to the Russian military’s hacking and leaking of the D.N.C. emails in the first place.

Mr. Trump and his allies will parse and prevaricate forever. Ignore them. If it wasn’t already overwhelmingly clear what was going on, it is now. As the Democrats on the committee put it in an appendix to the report: “This is what collusion looks like.” Alas, the Republicans refused to join in on this straightforward assessment, stating in their own appendix that “we can now say with no doubt, there was no collusion.” That is to insist that up is down.

But call it whatever you like: The Intelligence Committee report shows clear coordination between Russians and the Trump campaign, though there is no evidence of an explicit agreement. The evidence the report lays out suggests Mr. Trump knew this at the time. Whether or not it can be proved that he ordered this interference or violated the law in doing so, the fact remains that neither he nor anyone else in his campaign alerted federal law-enforcement authorities, as any loyal American should have.

And remember: Mr. Trump tried this scheme again. The president was impeached for his efforts to invite foreign interference in the 2020 election, this time by Ukraine, again on his behalf. Part of that requested interference involved an attempt to smear Joe Biden. But the other part involved pinning the 2016 election interference on Ukraine rather than on Russia. Who was “almost certainly” one of the primary sources spreading that claim in the media, according to the senators’ report? None other than Konstantin Kilimnik.

There has never been any reliable evidence that Ukraine interfered in 2016; the Senate committee concluded as such, in line with all previous investigations.

Russia is now attempting to help Mr. Trump again this November, according to American intelligence assessments reported in The Times. For any normal president, that would be a top-of-mind concern, and he or she would be marshaling all available resources to thwart it. What has Mr. Trump done? On Sunday night, he retweeted Russian propaganda that the U.S. intelligence community had already flagged as part of that country’s efforts to skew the election.

On Monday, Miles Taylor, a former chief of staff at the Department of Homeland Security in the Trump administration, wrote that the president “showed vanishingly little interest in subjects of vital national security interest, including cybersecurity, domestic terrorism and malicious foreign interference in U.S. affairs.” He added, “the country is less secure as a direct result of the president’s actions.”

There’s no way to sugarcoat it. In less than three months, the American people could re-elect a man who received a foreign government’s help to win one election and has shown neither remorse nor reservations about doing so again.

The Republican Embrace of QAnon Goes Far Beyond Trump

Fri Aug 21 , 2020
Late last month, as the Texas Republican Party was shifting into campaign mode, it unveiled a new slogan, lifting a rallying cry straight from a once-unthinkable source: the internet-driven conspiracy theory known as QAnon. The new catchphrase, “We Are the Storm,” is an unsubtle cue to a group that the […]