Kevin Mayer didn’t sign up for whatever happens to TikTok 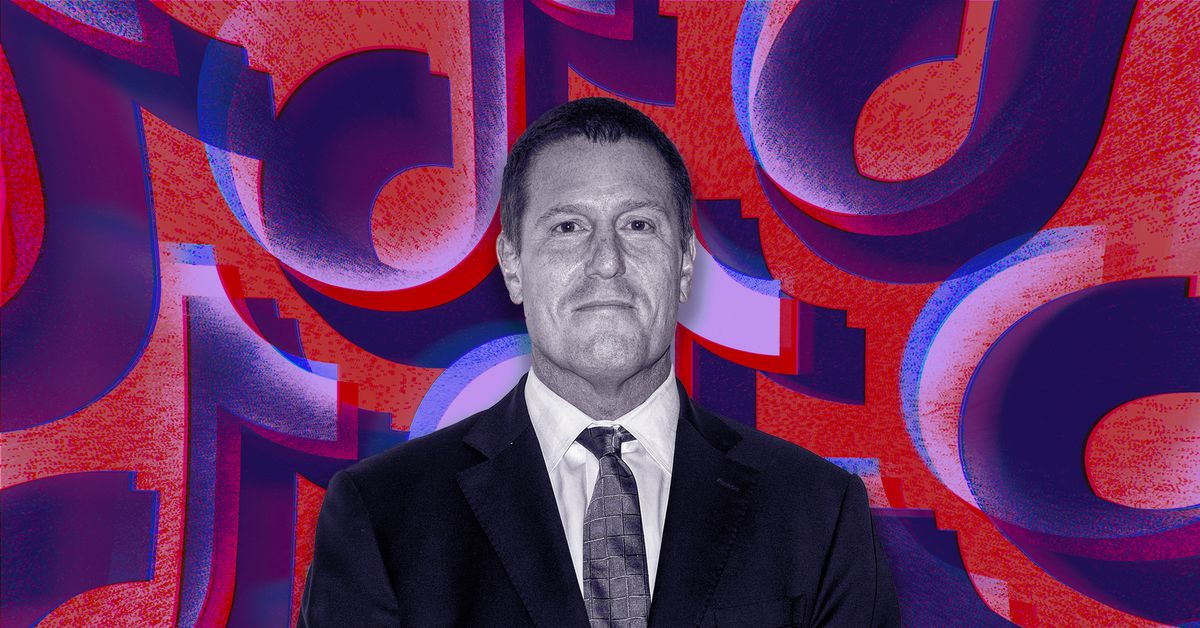 Kevin Mayer is out as TikTok’s CEO less than four months after taking the job. While his resignation comes in the middle of ongoing political turmoil brought on by the Trump administration, his decision to leave likely has less to do with politics and more to do with his own autonomy as an acquisition looms.

“I have done significant reflection on what the corporate structural changes will require, and what it means for the global role I signed up for,” Mayer said in an email to staff, posted in full on Pandaily. “Against this backdrop, and as we expect to reach a resolution very soon, it is with a heavy heart that I wanted to let you all know that I have decided to leave the company.”

Mayer became TikTok’s CEO on June 1st, tasked with helping the company navigate choppy political waters in the United States as pressure began mounting to investigate the app due to its Chinese ownership. At the same time, he was also named chief operating officer of ByteDance, TikTok’s owner, giving him the executive reins of a global company. The offer was strong enough to convince Mayer to leave his cushy position as head of Disney’s DTCI (direct to consumer and international) team, where he oversaw the launch of Disney Plus. It didn’t hurt that just three months earlier, Mayer was passed over for CEO after Bob Iger stepped down — a position many in the industry thought he was a frontrunner for.

“He thought the grass was greener on the other side, so he hopped the fence and landed in quicksand,” a Disney employee within the company’s streaming division, who asked to remain anonymous, told The Verge.

Reports suggest that Mayer was not included in recent talks with two top TikTok suitors, Microsoft (now joined by Walmart) and Oracle. That he was left out of the loop likely boded poorly for Mayer’s future in what was supposed to be a broad and increasingly powerful role.

“He thought the grass was greener on the other side, so he hopped the fence and landed in quicksand”

When Mayer signed up for the job of TikTok CEO in May, he was coming into a company that, although controversial, was also flourishing. TikTok saw rapid growth between October 2019 and June 2020, with the company adding 52 million users in those eight months alone. Advertisers are flocking to the app, creators are building actual careers through their followings, and TikTok shows no signs of slowing down. Companies like Instagram and YouTube are trying to figure out how to mimic some of its success as the app continues to dominate the American market.

“It’s always a really tough decision to make,” Brian Stafford, author of Governance in the Digital Age, told The Verge. “There are many CEOs who feel compelled to stay with a business to help it go through a transition. Hence the whole mantra of ‘the captain goes down with the ship.’”

There is a difference, however, between leading a global company with a great deal of autonomy and running a regional company being overhauled by a tech giant. Mayer, it seems, was not likely to get the same lofty position from TikTok’s buyer. The whole point of forcing a sale is to get ByteDance out of the picture — Mayer loses out on the bigger, global company he really wanted to be at, not just TikTok. “Being a divisional CEO as opposed to the CEO was likely a major calculus in that decision,” Stafford said.

On top of running TikTok, Mayer was tasked with “driving the global development of ByteDance,” and was put in charge of segments as broad as “music, gaming” and “emerging businesses,” according to a press release announcing his appointment at the time. Without ByteDance, Mayer’s position looks a whole lot smaller.

In an email to staff discussing the departure also posted on Pandaily, ByteDance CEO Zhang Yiming noted that the sale would have a “significant impact” on Mayer’s job, “particularly given his global role while he’s based in the US.”

Once TikTok is acquired, Mayer could end up “reporting to someone who likely wants to use TikTok for a different strategy,” said Tal Chalozin, chief technology officer at analytics firm Innovid.

“Kevin’s the type of guy who needs to be involved with something very special,” Chalozin said. “He’s built a record for successful products. He doesn’t want to be known as the guy who succeeded at Disney but couldn’t do TikTok.”

Chalozin and Stafford both think that Mayer will be fine. He is known as one of the smartest strategists working, with a pretty good track record of success. Whether or not he finds himself in another CEO position or heading up a specific division at another company — “I don’t think the three letter CEO title is everything to him,” Chalozin said — Mayer will move on.

For the time being, Vanessa Pappas will act as interim CEO of TikTok. It’s a good fit: Pappas has worked with ByteDance on TikTok since 2018, becoming the platform’s general manager in January 2019. Prior to joining ByteDance, Pappas spent seven years at YouTube, giving her a rich background in online video and social media platforms.

Pappas is arguably more associated with the company than Mayer was in his fewer-than-100 days on the job. Pappas is the one who talks to the press, the person who writes many of the blog posts addressing updates at TikTok, and has been with the company longer. Pappas is “just as prepared to usher the business through a transaction as anyone else” TikTok could have appointed, Stafford said.

“The TikTok team has worked tirelessly to make this platform a place of joy for hundreds of millions of people around the world, and we’re just getting started,” Pappas said in a statement to The Verge. “It’s incredible to look back on our last couple years and see how much we’ve accomplished, and I’m even more excited for what we’ll continue to bring to our community going forward. The future for TikTok is bright.”

Whether or not Pappas remains in the job is largely dependent on who acquires TikTok. Each company is likely to have a different goal for the app, and if big strategy changes happen, personnel changes will come with them. Just months after Jason Kilar took over as CEO of WarnerMedia, longtime executives Bob Greenblatt and Kevin Reilly were ousted. Randy Freer left his position as Hulu’s CEO after Disney acquired majority ownership, with everything moving under Mayer when he was still with the House of Mouse.

“A company like Oracle is more likely to put that business under a different leader,” Stafford said. “Microsoft has a history of keeping the current team. It’s as much the philosophy of the acquirer as anything else.”

If Microsoft or Oracle want to keep TikTok as is, Pappas could stay in the role. If the company wants to change the strategy of TikTok — Walmart, which today joined the list of possible acquirers, sees it as a potential e-commerce platform more than anything else — the leadership role could be given to someone with experiencing moving a product in that direction. The “evolution of strategy can steer leadership in a different direction,” Stafford said.

Like everything with TikTok these days, it’s all a game of wait and see.