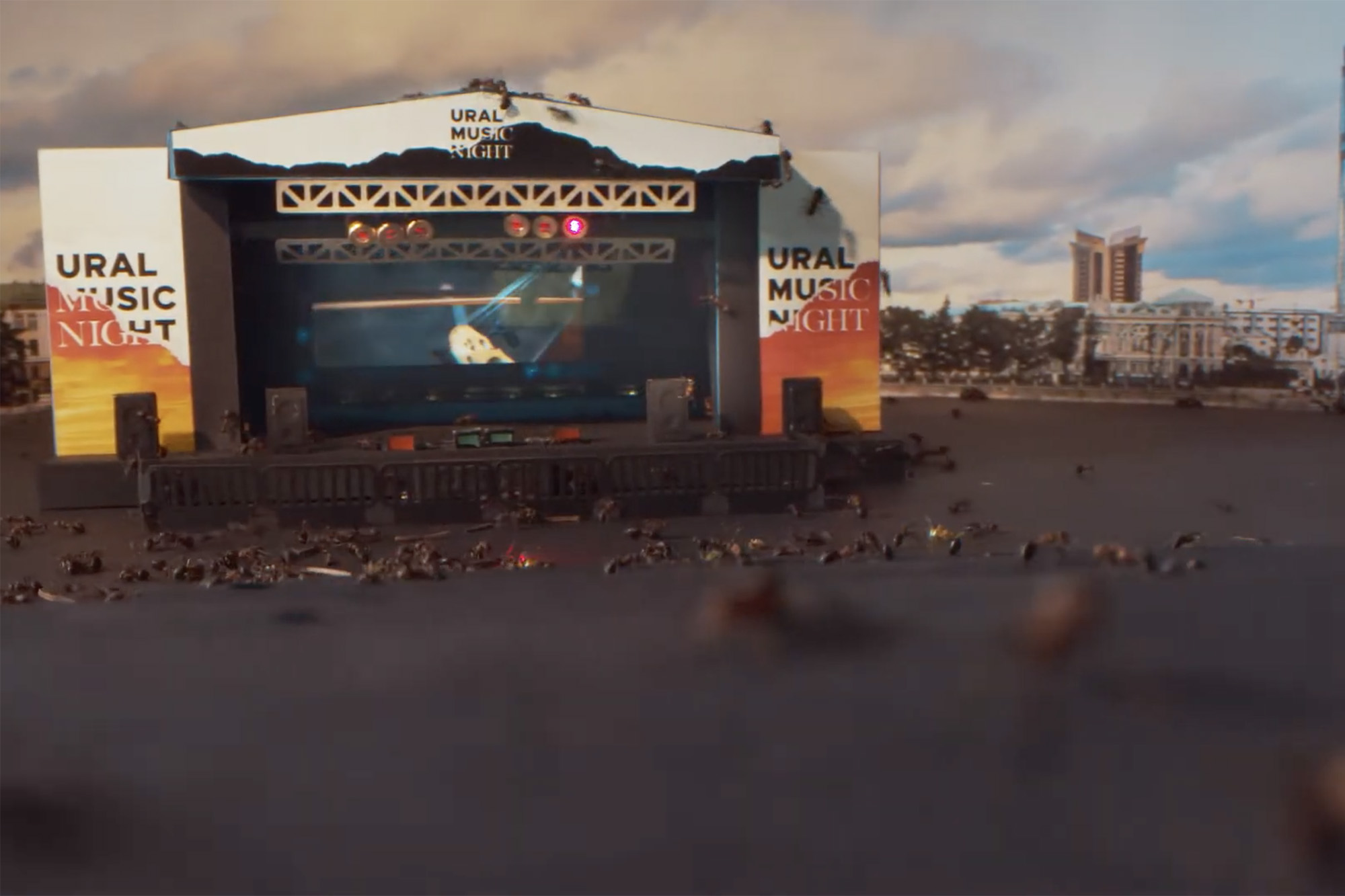 The show will go on for 11 obscure music festivals this summer despite the dangers of COVID-19. Just how? The only attendees will be teeny tiny ants.

Aptly dubbed Antyfest, the musical performances — played by musicians from their own homes — are streamed via iPad to their “audience” of insects. The screens are then placed inside miniature replicas of the real-life venues where the festivals would have happened throughout the world.

The buggy scene will be streamed on YouTube so viewers can tune in and watch the roughly 8,000 ants “dance” for free. Set to broadcast on Sunday, the production will start with one five-hour live stage performance of Russia’s Ural Music Night at 10 a.m. EST, and the other 10 are prerecorded performances that will be shown at 3 p.m. EST.

The videos were all shot in the forest near a cluster of four ant nests. The crew then attracted the suddenly popular six-legged worker insects to the stages by putting food all over the miniatures. The ants were then released back into the wild and “nobody got hurt,” said press spokeswoman Sofya Kuchkina. 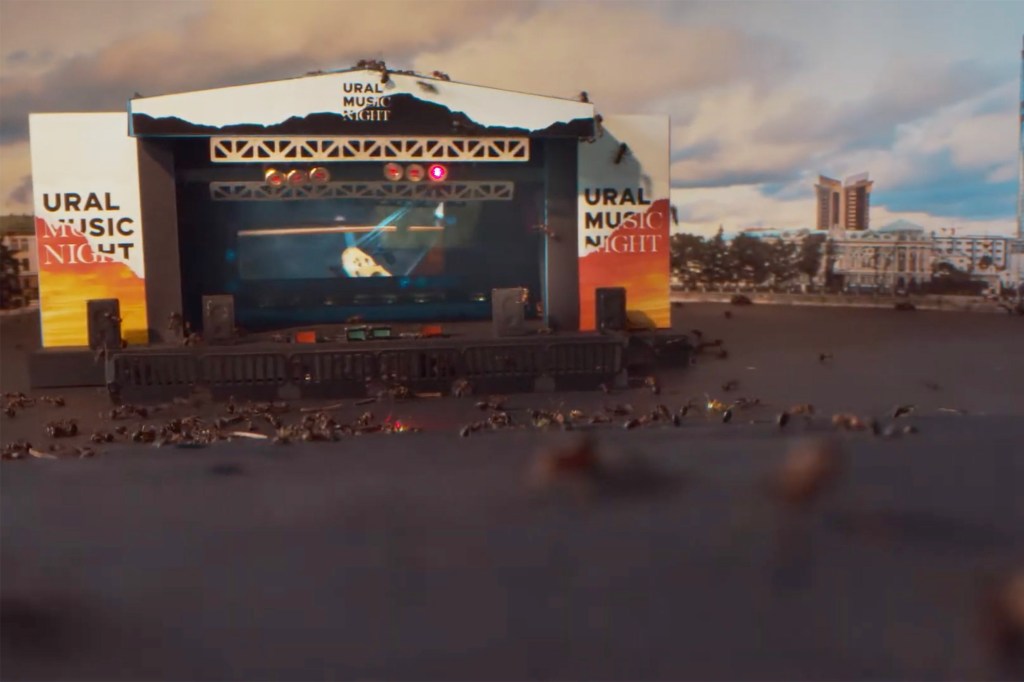 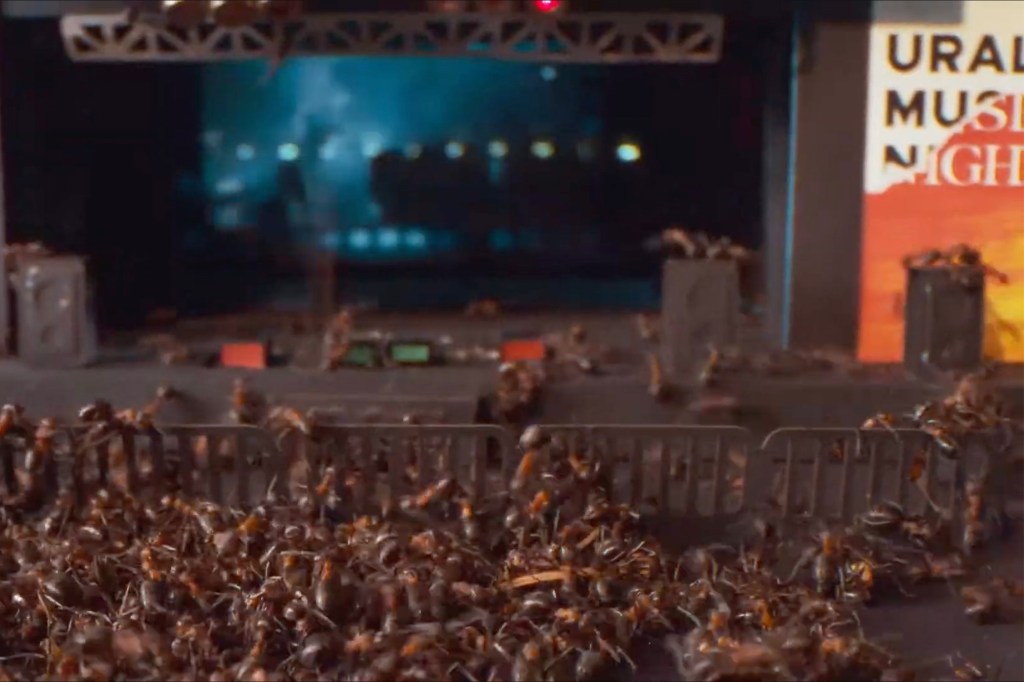 Stages have been re-created in miniature form for the ant audience.

Russia has released previously classified footage of the world’s largest…

For the live performances, farm-grown ants will “be listening and partying” to the music in a controlled environment, she added.

The zany idea was put in motion by organizers of the Ural Music Night, who saw an opportunity to bring some happiness to their fans.

“COVID-19 has forced the world’s music festivals to cancel or postpone until further notice. Ural Music Night was no exception,” said Natalia Shmelkova, the executive director of Ural Music Night, which is normally held in Ekaterinburg, Russia. “Despite this, we had the idea to unite people, music and concerts with Antyfest, a macro-festival of festivals.”

Instead, they decided to give their followers a new kind of experience.

“We secured the site plans and lineups for all these festivals and have re-created in detail, scale replicas of the experience that would have taken place should these festivals have gone ahead,” said Shmelkova. “This will provide our viewers with a brand new virtual and fully immersive experience in the company of ants.”

Musical artists will perform a range of genres from alternative rock and pop to electronic. Well-known French DJ duo Ofenbach as well as Israeli singer Noga Erez will also perform.