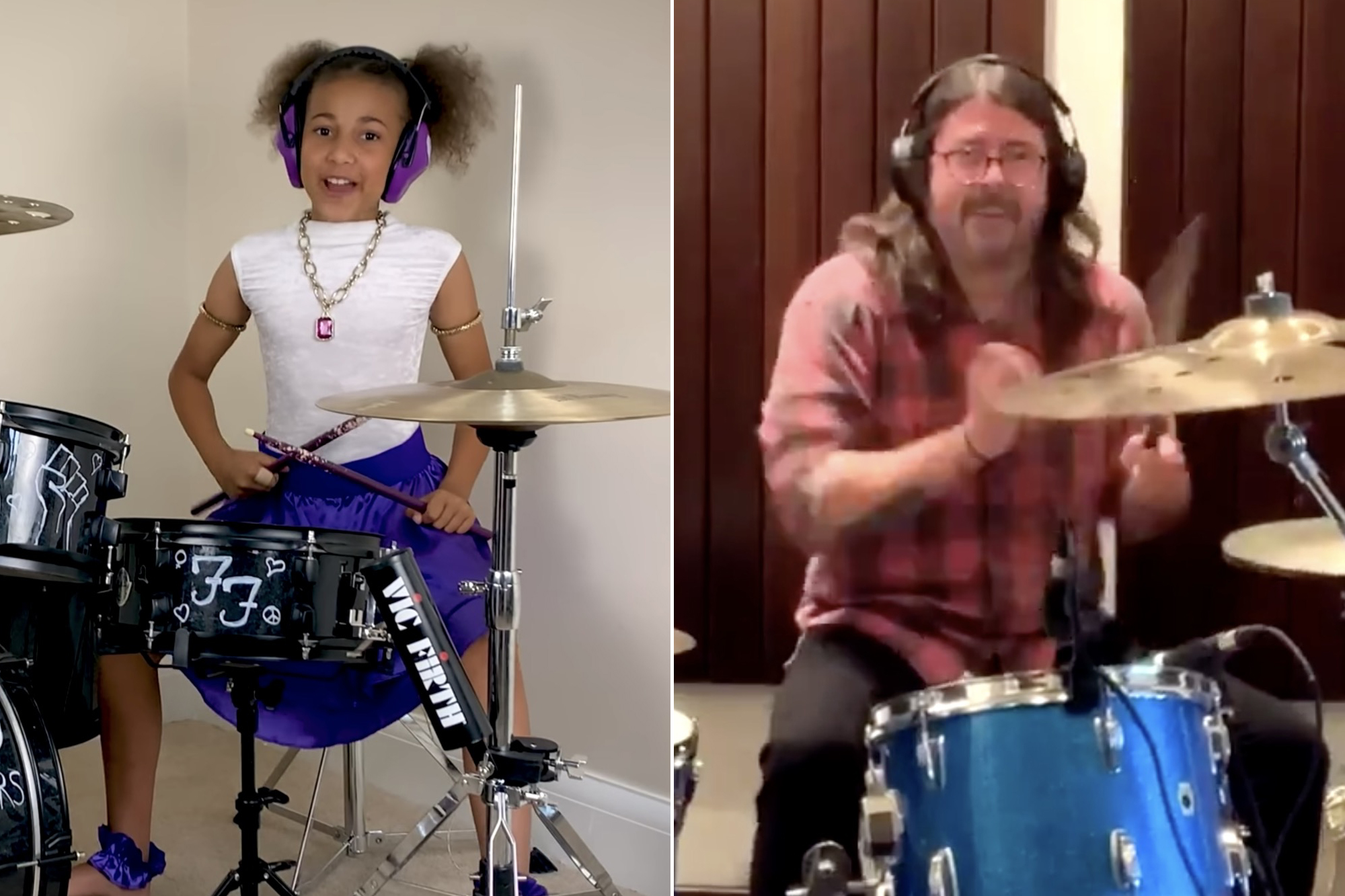 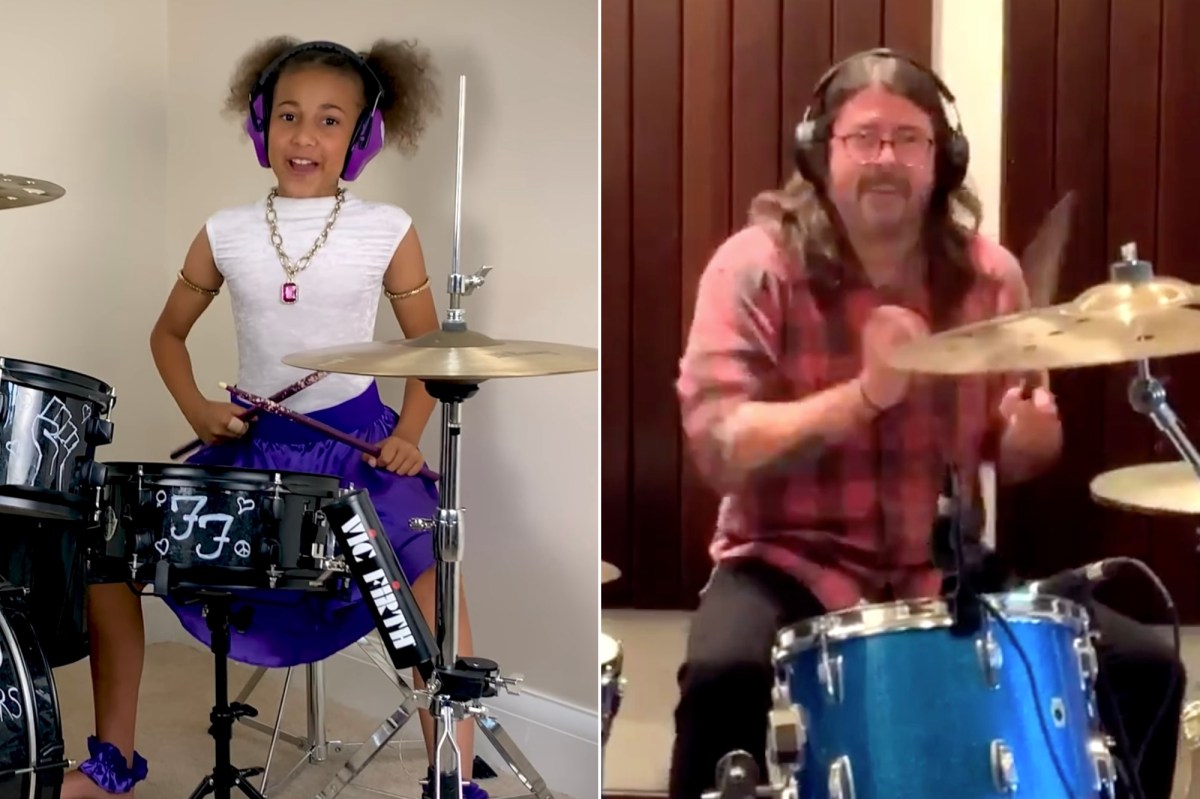 This drumming prodigy really rocks — and Dave Grohl is pretty good too!

Earlier this month, Nandi Bushell, a 10-year-old drummer from the UK, shared her version of the Foo Fighters’ classic single “Everlong” in which she handily nails Grohl’s famous drum section. Then, the bold third-grader challenged the legendary rocker to a “drum-off.”

Evidently a devoted fan, Bushell mouthed the lyrics as she crushed the four-minute song, on a drum set embellished with Foo Fighters’ album insignia.

“My dream is to one day jam with Dave Grohl, @taylorhawkins and all the @foofighters! Mr. Grohl I would love to have a drum battle with you! I LOVE Everlong it’s really hard to play as it’s so fast but so much FUN!!!” she wrote on YouTube. Her upload garnered over 20,000 likes on the video-sharing platform, along with another 110,00 likes on Twitter.

In the past, the young virtuoso, who also plays guitar and bass, has appeared on “Ellen” and “CBS This Morning” for her incredible talents.

Ever the good-natured rockstar, Grohl was more than up to the challenge, and sent his unsurprisingly flawless number, usually performed by their drummer Taylor Hawkins, back to Bushell.

“I haven’t played that song since the day I recorded it in 1997. Our drummer Taylor Hawkins plays that song ‘Everlong’ for us every night,” he explained in his response to Bushell. He added, “Now Nandi, in the last week I’ve gotten at least 100 texts from people all over the world saying, ‘This girl is challenging you to a drum-off. What are you going to do?’ ”

He asked her to kick it up a notch.

Haven’t played these songs in a loooooong time…..thanks for the inspiration!!!

Your friend in rock,
Dave

(Thanks to my daughter, Harper for letting me borrow her drum set) pic.twitter.com/Ytq47CcZRC

He continued, “I’m really flattered that you’ve picked some of my songs to do for your videos and you’ve done them all perfectly. So today I’m going to give you some thing you may not have heard before.”

He introduced the song, called “Dead End Friends” by the band Them Crooked Vultures, which features the former Nirvana drummer along with Josh Homme from Queens of the Stone Age on guitar and Led Zeppelin’s John Paul Jones on bass.

Grohl’s face is a bright shade of red by the end of the high velocity rock song, performed for the challenge without its vocal track.

Needless to say, the Foo Fighters fanatic was thrilled to see Grohl’s response, and shared her reaction to the news last week.

“Epic! That was awesome. I’m going to checkmate you,” said Bushell, promising to learn the tune. “Thank you so much!” she signed off to the camera while bouncing with joy.