Google Photos on iOS can now crop, trim, and add filters to your videos 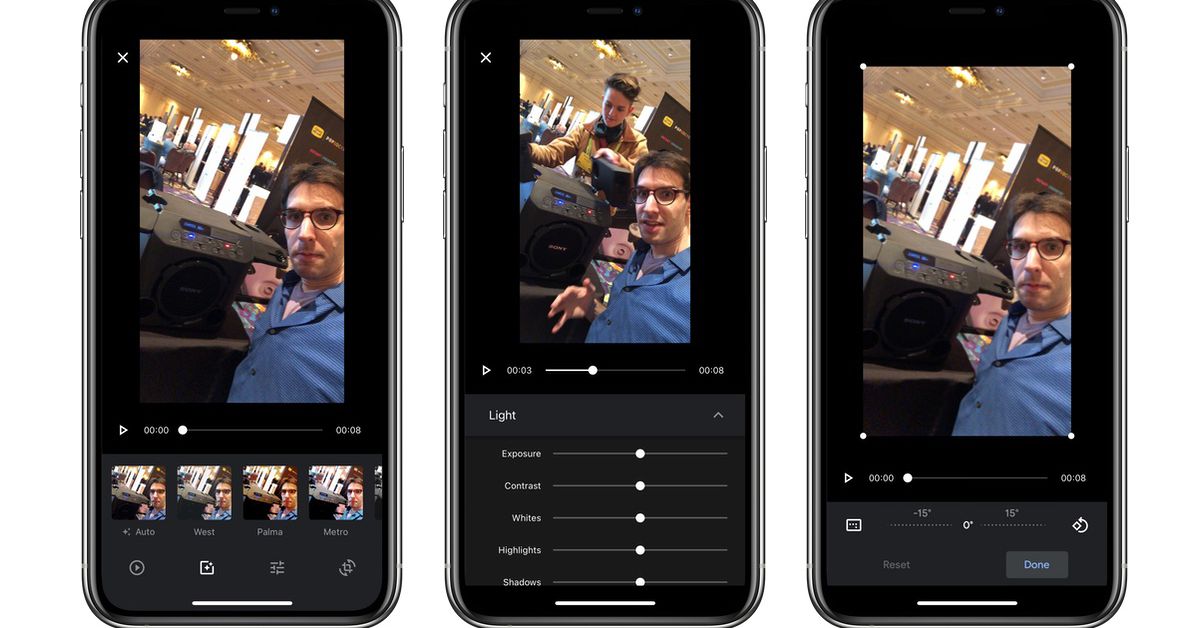 The Google Photos app for iOS is getting an updated video editor that adds several useful new features, including the ability to trim video clips, add filters, crop, and make adjustments like exposure, contrast, and saturation.

The new video editor options work similarly to the existing image editing tools. Simply tap the “edit” button when previewing a video, and you’ll be taken to the new editor, which adds several new tabs, in addition to the existing “export frame” option.

There’s a variety of filters, including an “Auto” filter that intelligently adjusts your video. There are manual adjustment controls, divided into a Light menu (for exposure, contrast, whites, highlights, shadows, blacks, and vignette sliders) and Color (to adjust saturation, warmth, tint, skin tone, and deep blue).

The crop menu also adds a variety of options, which should help when converting video to share on social media platforms like Instagram. The new editor provides both preset crops, like 16:9, 4:3, 3:2, and square, along with the option to manually adjust your frame to whatever you’d like.

The new additions greatly expand the level of control users had over videos within the Google Photos app. Previously, users were limited to basic stabilization, rotation, and adjustments to start and stop time — something that’s still the case on Android.

The new iOS features are similar to the ones that have previously been seen in a redesigned editor that Google is working on for Android, per 9to5Google, although it’s not clear when Google will be releasing that update. With the iOS editing tools already available, though, it’s likely that the Android version isn’t too far behind.