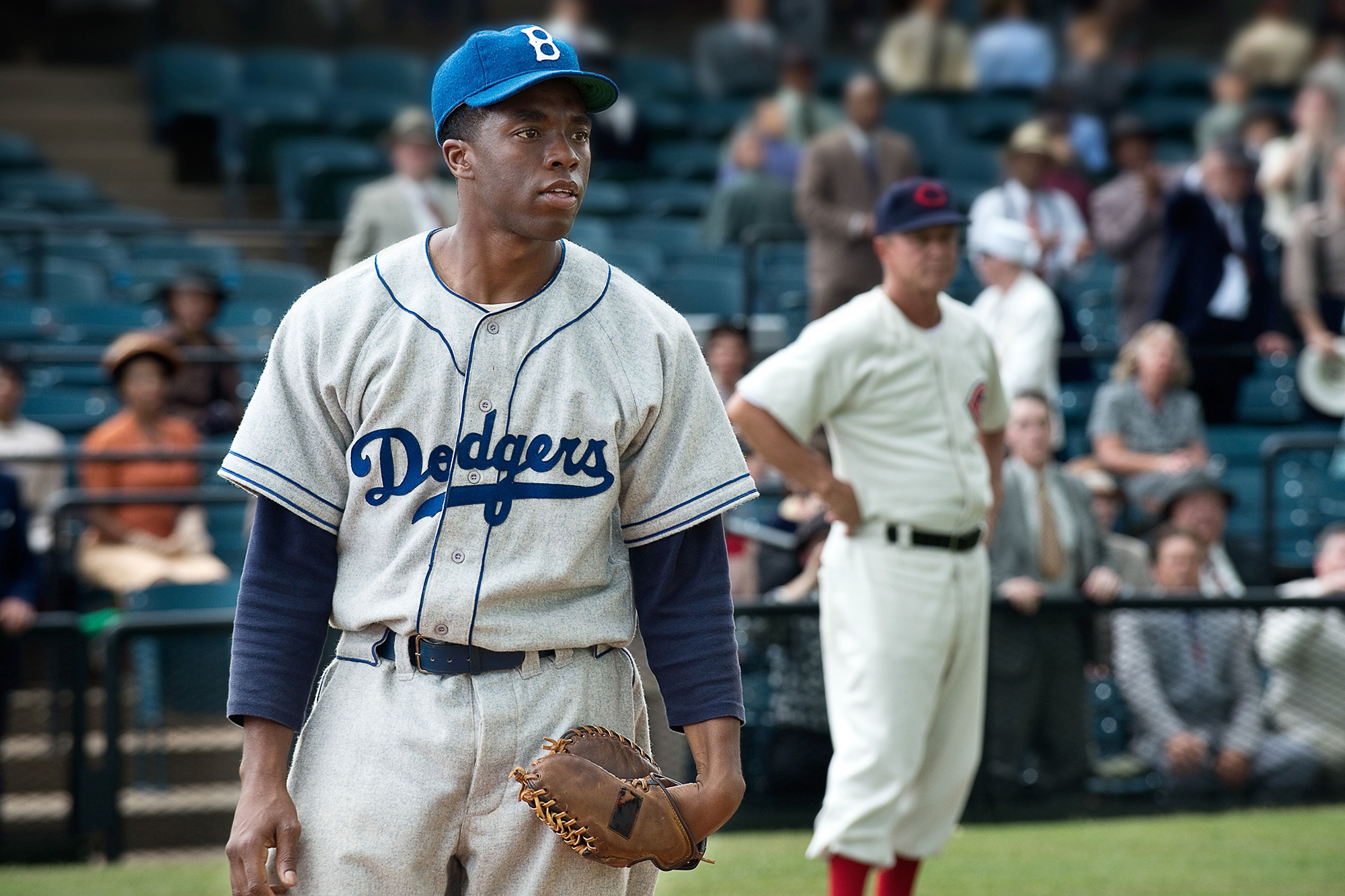 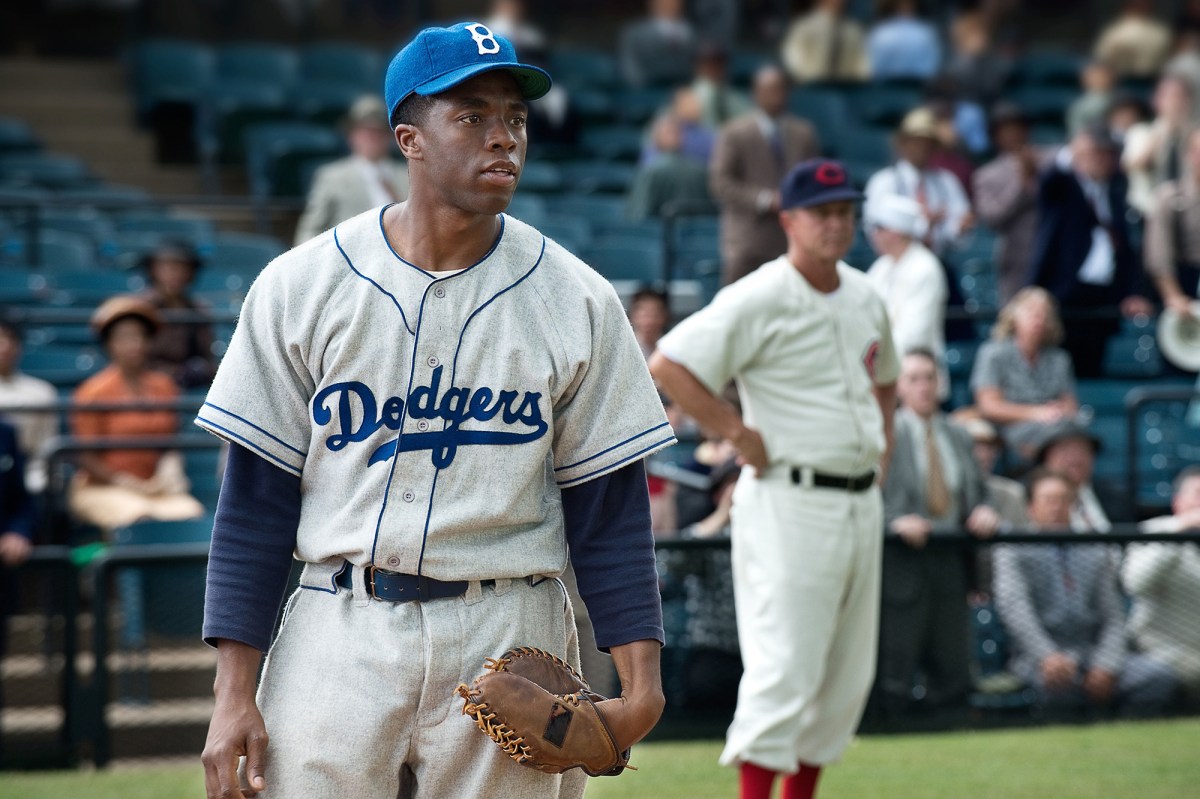 AMC Theatres will pay tribute to Chadwick Boseman, the “Black Panther” star who died last week of colon cancer at the age of 43, by screening “42.”

The baseball drama featured Boseman as Jackie Robinson, the Brooklyn Dodgers first baseman who broke the color line when he became the first African American to play in Major League Baseball in 1947. Warner Bros. and Legendary, the studios behind the 2013 film are partnering with the theater chain to make “42” available in more than 300 theaters. That’s nearly every AMC venue that’s open after coronavirus closures started to lift. Tickets for “42” will be discounted at $5 and will be on sale by the end of Tuesday.

AMC polled fans on social media about which non-“Black Panther” role of Boseman’s was their favorite and Robinson topped other performances. Boseman’s other roles include James Brown in “Get on Up” and Thurgood Marshall in “Marshall.” His final film, “Ma Rainey’s Black Bottom,” co-stars Viola Davis and will be released posthumously on Netflix. Boseman appeared in another 2020 Netflix release as part of the ensemble cast of Spike Lee’s “Da 5 Bloods.”

“42” was critically praised and a box office hit on its release, grossing nearly $100 million globally on a $42 million budget.

On Monday, Harrison Ford, who appeared with Boseman in “42,” called the actor “…as compelling, powerful and truthful as the characters he chose to play. His intelligence, personal dignity and deep commitment inspired his colleagues and elevated the stories he told.”

The Jackie Robinson Foundation praised the actor’s commitment to playing the part, saying that Boseman was “a consummate professional” who “absorbed every story, every memory, and every photo and film excerpt he could consume to help translate the soul of an American hero.”

AMC Theatres has been reopening its locations after an extended shutdown brought on by coronavirus.

Tue Sep 1 , 2020
Pin it Email https://smartrobotics.com.ng/2020/09/01/chadwick-bosemans-42-to-be-re-released-in-theaters-as-tribute/#YXBwbGUtaHVycml Pin it Email https://smartrobotics.com.ng/2020/09/01/chadwick-bosemans-42-to-be-re-released-in-theaters-as-tribute/#YXBwbGUtaHVycml Apple TV+ has ordered “Five Days At Memorial,” a limited series from Oscar-winner John Ridley and Emmy winner Carlton Cuse, which chronicles events in the immediate aftermath of Hurricane Katrina. The pickup of the new series, based on the acclaimed non-fiction book […]