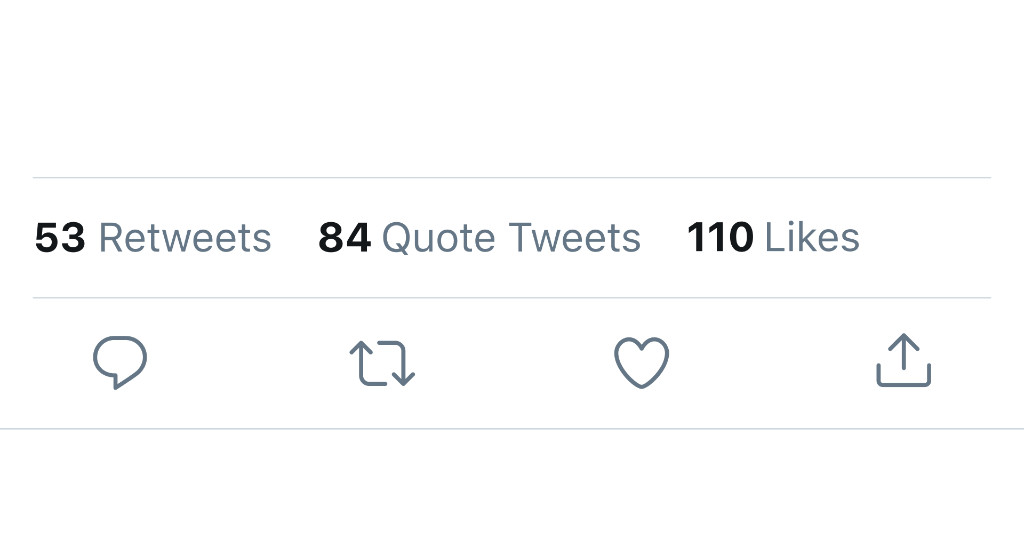 Twitter is officially rolling out its new quote tweets counter, which lets you easily see every time a given tweet has been retweeted alongside a comment. “Tweets about a Tweet add more to the conversation, so we’ve made them even easier to find,” the company said, also noting that the new counter will be shown between the existing “Retweets” and “Likes” labels.

The social network has been testing the feature for a few months now, with different names and user interface designs. It’s experimented with labeling the counter as “Retweets with Comments” rather than “Quote Tweets” for example, and it’s also tested hiding it in a sub-menu rather than showing it directly on the tweet.

Tweets about a Tweet add more to the conversation, so we’ve made them even easier to find.

Retweets with comments are now called Quote Tweets and they’ve joined the Tweet detail view. Tap into a Tweet, then tap “Quote Tweets” to see them all in one place. pic.twitter.com/kMqea6AC80

It’s always been possible to search for quote tweets by entering a tweet’s URL into Twitter’s search box, but a dedicated button makes the process much more convenient. It’s a handy feature considering so many people use the quote tweet function in place of replying to a tweet, and should make it easier to follow these conversations. And sometimes it’s just fun to see everyone dunking on a tweet in one place.

1. “Retweets with comments” is changing to “Quote Tweets”

2. Quote Tweets will appear right next to Retweets

3. The mask goes over your nose pic.twitter.com/x00YTZSAFs

Tue Sep 1 , 2020
Pin it Email https://smartrobotics.com.ng/2020/09/01/twitter-quote-tweets-are-now-easier-to-find/#MTIyNzQzODQ1MS5 Walmart is trying yet again to take on Amazon Prime with its own delivery subscription service. The new service, which launches September 15th, is named Walmart+ and costs $12.95 a month or $98 a year, compared to $119 for Amazon Prime. For that price, subscribers will […]