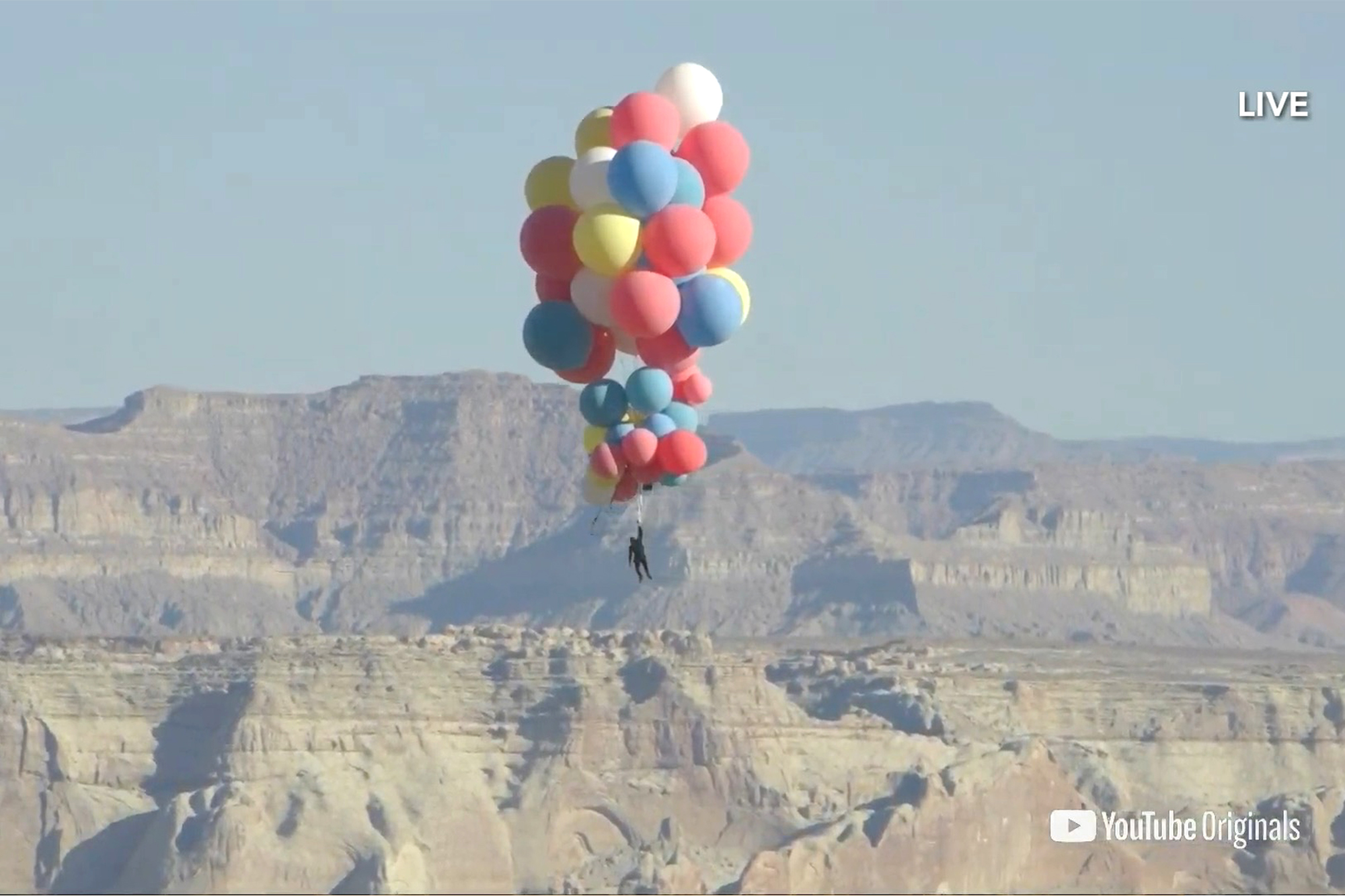 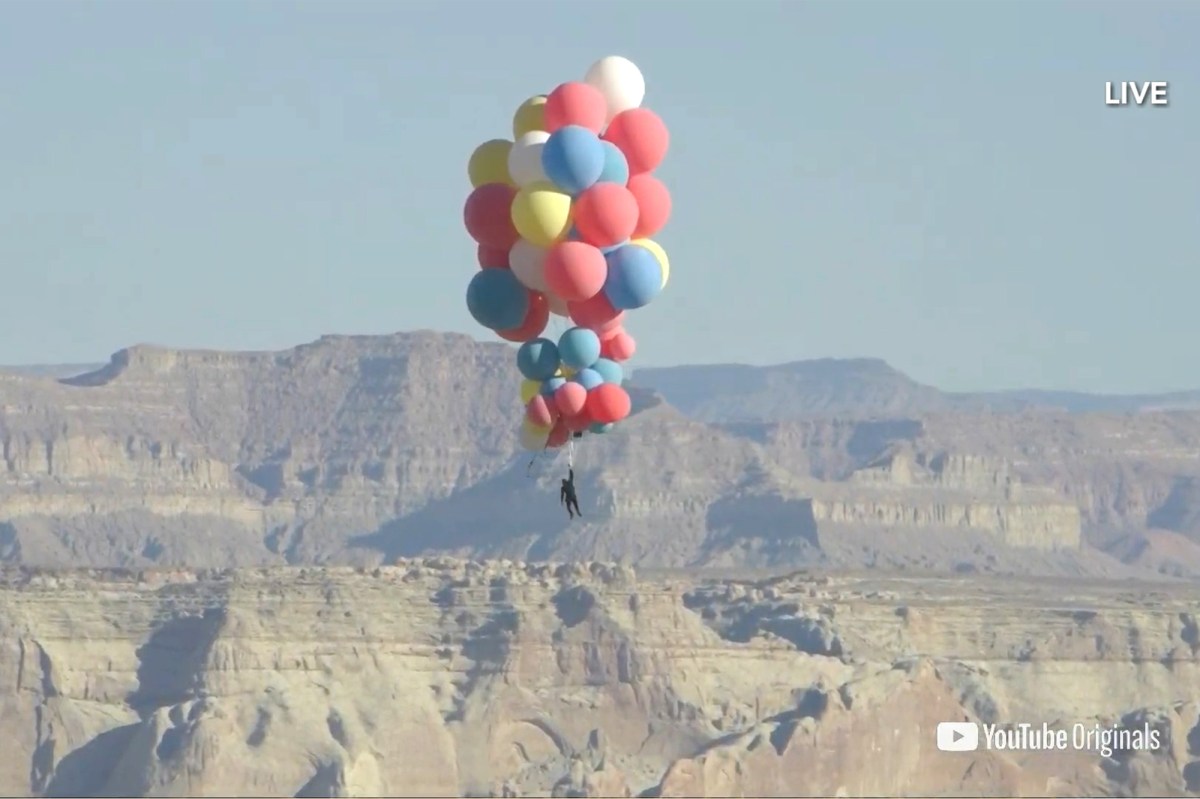 When it comes to stunts, the sky is no limit for David Blaine.

The professional daredevil survived his wildest and craziest feat yet Wednesday afternoon in the Great Basin Desert in Page, Arizona.

The 47-year-old flew into the air strapped to 52 helium-filled weather balloons, which he released before parachuting down to his starting point. Blaine’s “Ascension” project was live-streamed on YouTube. (You can recap the action in the video above.)

Although he told The Post he only expected to reach 18,000 feet, Blaine actually made it up to 24,900 feet before taking the plunge.

In addition to potentially crashing into the ground, Blaine faced hypothermia and hypoxia, a condition that occurs when the body’s oxygen becomes scarce.

It was a performance 10 years in the making. Blaine had to carry out 500 airplane jumps, earn a hot air balloon license and learn to read wind patterns in order to make his “dream” a reality.

Blaine originally wanted to fly over the Hudson River from New Jersey to New York City, but the local magician had to scrap that plan due to unpredictable winds.

It worked out for the best: While in the sky, Blaine called his vista “the most unbelievable view in the world.”

The adventurer didn’t strap on his parachute until he was well above the ground, at 8,000 feet in the air.

Before he descended from his high-altitude climax, Blaine took deep breaths as safety men on the radio guided him: “He’s obviously coherent,” one man said as Blaine prepared to plunge, hooking his oxygen connection up to the balloon structure.

“OK, David, so it’s gonna be on you,” they told the stuntman. Then, he released himself.

“Woooooo!” Blaine screamed as he fell. Looking like Superman, he shot through the sky.

“I want to go where the airplanes fly. I want to go up and become a tiny dot in the sky,” he had told The Post.

At around 7,000 feet, he released his parachute and began to float.

When Blaine finally reached the desert floor, he released a joyful “ah” and began to run, laugh and clap for himself. “Wow, that was awesome,” he screamed.

“That was great! Wow! You did it! You didn’t fall!,” his 9-year-old daughter Dessa told Blaine over the radio.

“This was all for you, I love you,” responded Blaine.

Blaine got into a helicopter, looking as if nothing had happened. “That’s exactly what we rehearsed,” he told viewers.

“That was actually beautiful from top to bottom.”