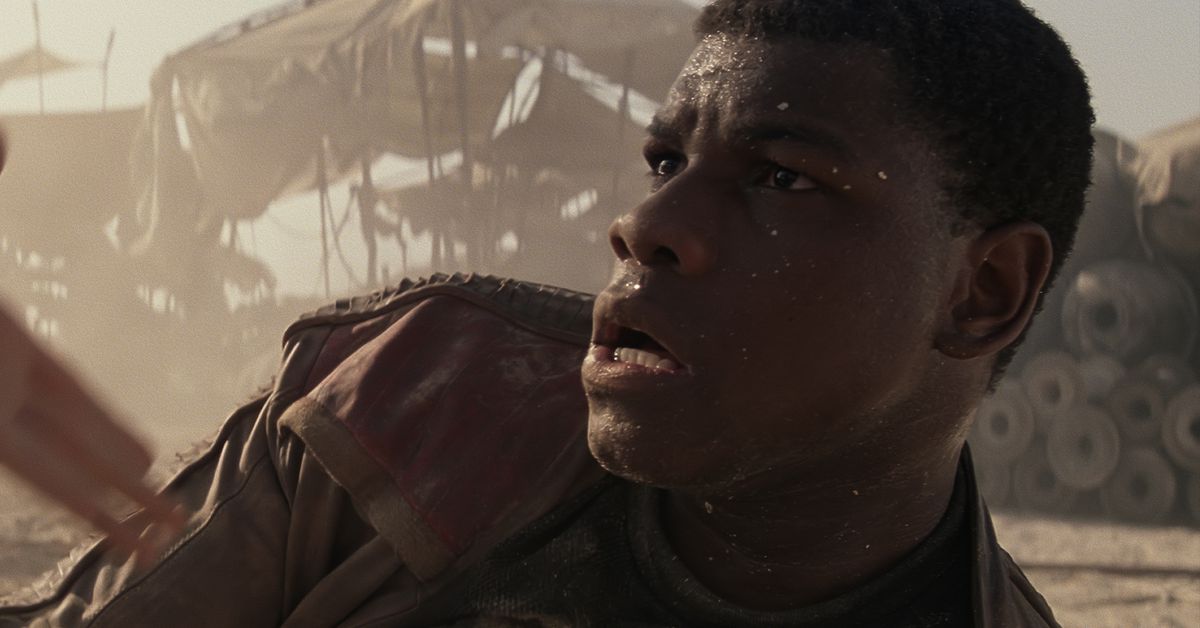 Nearly nine months after Star Wars: The Rise of Skywalker was released, John Boyega is opening up about the way his character and his role in the films were treated by Disney.

In a new lengthy interview with GQ, Boyega spoke about the disappointing direction Lucasfilm and Disney took his character — a Black Stormtrooper who abandons his role within the evil First Order to join a group of fighters in the Resistance — by the end of the third film in the trilogy. Many of the issues Boyega brings up are complaints that Star Wars fans and critics also had with the direction of his character, specifically how Finn was sidelined, and never given a chance to flourish while other characters, like Daisy Ridley’s Rey and Adam Driver’s Kylo Ren, did.

“What I would say to Disney is do not bring out a black character, market them to be much more important in the franchise than they are and then have them pushed to the side,” Boyega told GQ. “It’s not good. I’ll say it straight up.”

It’s not just Finn, either. Lucasfilm and Disney have faced criticism for the way the new trilogy — The Force Awakens, The Last Jedi, and The Rise of Skywalker — handled characters like Kelly Marie Tran’s Rose Tico, too. As critic Robert Daniels wrote on Polygon earlier this year, “In The Last Jedi, Rian Johnson turns him into the MacGuffin love interest — whose romantic importance is teased but never fulfilled,” adding that by the time Rise of Skywalker came out, Finn is “at best the comic relief opposite Poe, and at worst an accessory to the action.”

Boyega told GQ it was obvious to everyone, fans and people involved in the productions alike, just how underplayed and underrepresented Finn and Rose Tico became.

“You knew what to do with these other people, but when it came to Kelly Marie Tran, when it came to John Boyega, you know fuck all,” Boyega said. “So what do you want me to say? What they want you to say is, ‘I enjoyed being a part of it. It was a great experience…’ Nah, nah, nah. I’ll take that deal when it’s a great experience. They gave all the nuance to Adam Driver, all the nuance to Daisy Ridley. Let’s be honest. Daisy knows this. Adam knows this. Everybody knows. I’m not exposing anything.”

The interview goes well beyond Star Wars — and the harassment Boyega received from angry abusers while filming the trilogy. Boyega talks about being a Black man in Hollywood, and the power he found attending and participating in Black Lives Matter movements in London. He spoke about his experience growing up as the child of Nigerian immigrants, and a “childhood punctuated by incidents of racism and police profiling,” as GQ journalist Jimi Famurewa writes. Famurewa’s conversation with Boyega is empowering, insightful, brave, and necessary.

“I feel like, especially as celebrities, we have to talk through this filter of professionalism and emotional intelligence,” Boyega said. “Sometimes you just need to be mad. You need to lay down what it is that’s on your mind. Sometimes you don’t have enough time to play the game.”