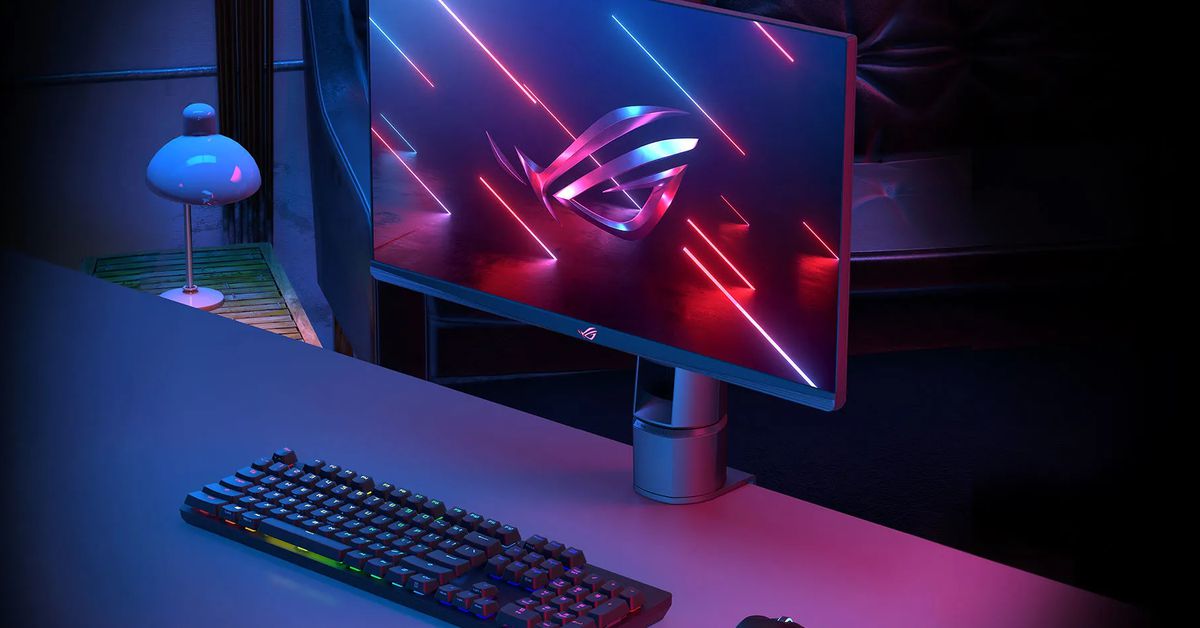 Later this fall, Alienware, MSI, Asus, and Acer will each release a 25-inch 1080p monitor made for competitive gaming with an incredibly fast 360Hz refresh rate. Additionally, they’ll be the first monitors to include Nvidia’s Reflex Latency Analyzer feature that aims to help gamers accurately measure and reduce latency from their mouse, display, and PC. Nvidia discussed this feature at its launch event yesterday for its new RTX 3070, 3080, and 3090 graphics cards.

The end goal is that, by reducing latency, the odds of getting a shot off first in competitive play should greatly increase in your favor. And along with fast refresh rate and minimal latency, the monitor’s G-Sync feature will ensure that it doesn’t show any screen tearing or blur while playing your games at a fast clip.

Each brand is being cagey about a few aspects of their monitors, but there’s enough information available to get a good sense of what we might be in for across the board.

For instance, we don’t know the price or ports available on Dell’s Alienware 25, but MSI’s Oculux NXG253R will cost $799 when it releases in November. Asus’ PG259QN and Acer’s Predator X25 have HDMI 2.0 and DisplayPort 1.4 ports. And since the Reflex feature minimizes mouse latency by having you plug it directly into the display, each will almost certainly have at least one USB Type-A passthrough port. They could each differ slightly in terms of price and ports, but I personally wouldn’t expect much variance.

Nvidia is also touting what it calls IPS dual-driver technology that helps these 360Hz displays maintain “fast, consistent response times and color levels across the entire panel.” The company also says its Reflex technology can deliver latency improvements to its newer GPU cards starting with its GeForce GTX 900 series. It claims that this new feature can provide up to a 33 percent improvement in PC responsiveness even with a midrange GeForce GTX 1660 Super, though — no surprise — Nvidia says the biggest gains will come from using one of these monitors with Nvidia’s new GeForce RTX 30-series graphics cards.

It’s worth noting again that these are 1080p displays, and if MSI’s confirmed $799 price is any indication, they’re all probably going to be pretty expensive. So if you’re in the market for a gaming monitor and have some serious cash to spend, you’ll need to figure out if you want extreme visual fidelity over lower latency or vice versa.

Wed Sep 2 , 2020
Pin it Email https://smartrobotics.com.ng/2020/09/02/these-four-360hz-gaming-monitors-support-nvidias-new-low-latency-feature/#YWNhc3Ryb18xODA For many years, Europe has been unhappy with the tax habits of US tech giants. As regulators and politicians have often noted, these firms make vast amounts of money from European citizens but pay a pittance in tax. In the absence of an overhaul of the […]