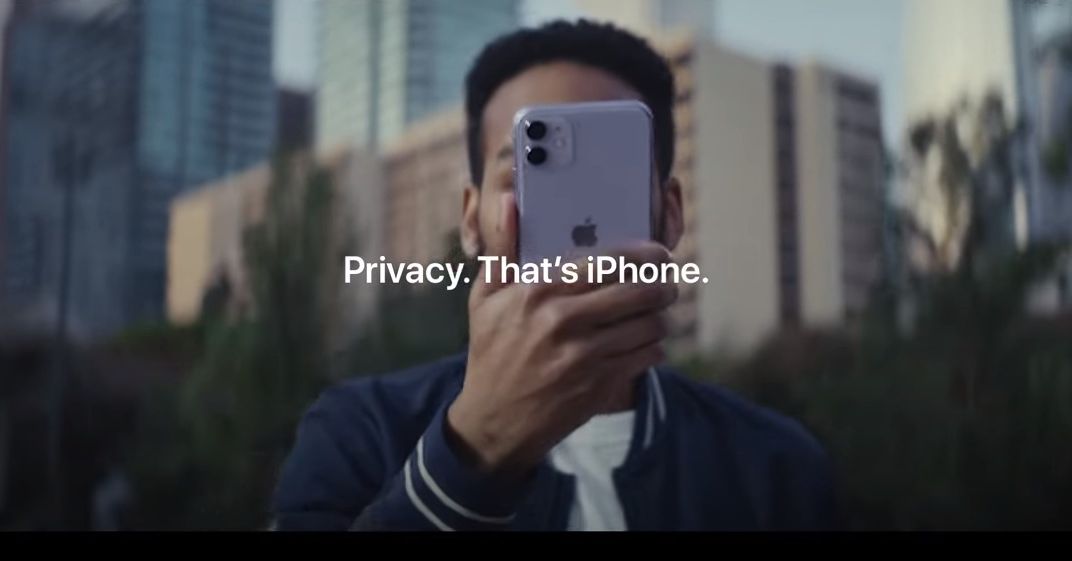 A man yells in a bus full of people that he browsed eight sites for divorce lawyers. A woman blithely tells her log in information to strangers in a movie house. A pair of coworkers has an unflattering conversation out loud about a nearby colleague (including verbal descriptions of “puke emoji”) and a woman uses a megaphone to broadcast her credit card information to anyone within earshot.

Some of them are embarrassing, some are potential privacy violations, but they’re among the examples in Apple’s new Over Sharing ad, which re-emphasizes the company’s focus — or at least its image — of being a protector of online privacy. The ad’s tagline, shown at the end, reads “Some things shouldn’t be shared. iPhone helps keep it that way.”

It doesn’t mention any of its tech rivals who have made headlines for breaches, large-scale hacks, and otherwise questionable privacy practices, but it’s clear who Apple’s winking at.

And it’s far from the first time Apple has loudly proclaimed itself to be a privacy leader. Its “What happens on your iPhone stays on your iPhone” billboard greeted visitors to CES in 2019, and its “Privacy matters” ad (“If privacy matters in your life, it should matter to the phone your life is on,”) followed a few months after an unfortunate FaceTime bug that allowed people to eavesdrop on the iPhone’s video calls

At last year’s keynote, CEO Tim Cook and other Apple executives hammered away at the idea that all of Apple’s services — its credit card, its news service, et cetera, were “designed to keep personal information private and secure.” And of course, Apple refused the FBI’s request to help unlock the iPhone of a suspect in a 2016 shooting in San Bernardino, “because we believed it was wrong and would set a dangerous precedent.”

But it’s not been without its own share of security problems; in addition to the FaceTime bug, Apple was forced to apologize last August for secretly having human contractors listen to recordings of the iPhone’s digital assistant Siri.

Still, the Over Sharing ad reminds us just how much of our digital lives and information can be made public, or at least readily available for nefarious actors if we — and the technology we rely on — aren’t careful about what we share and how.