Emergency COVID-19 vaccines will have to convince a skeptical public 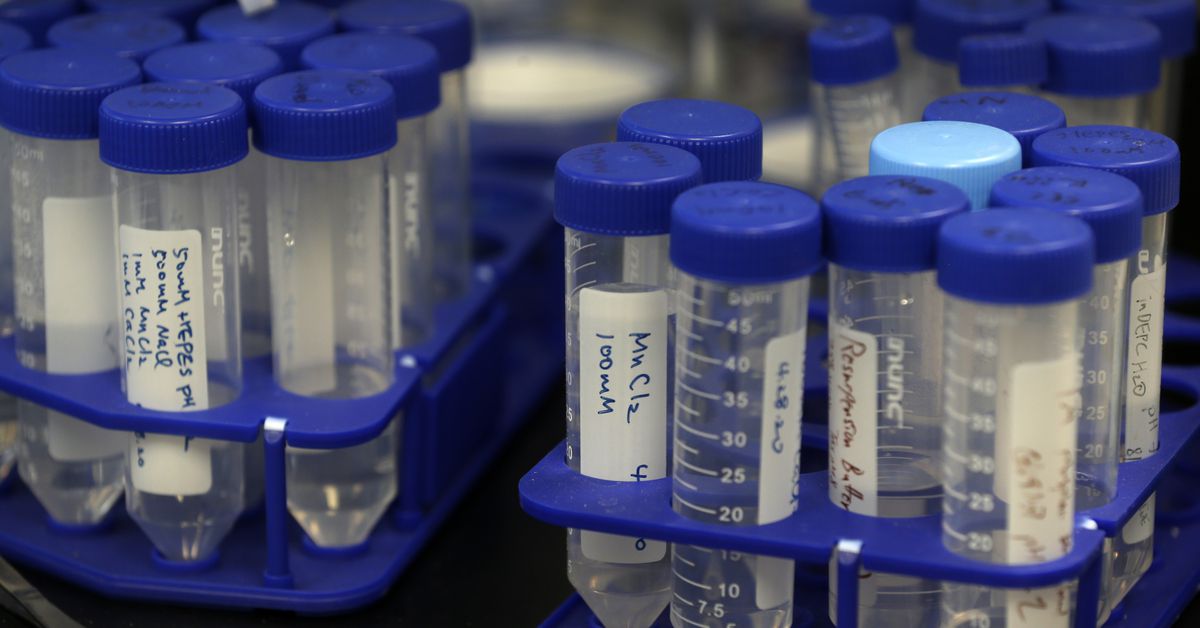 During the 2009 H1N1 pandemic, Sandra Quinn asked hundreds of Americans if they’d be willing to take a hypothetical vaccine that was authorized for emergency use but wasn’t formally approved by the Food and Drug Administration. Most were hesitant: Quinn, the senior associate director of the Maryland Center for Health Equity at the University of Maryland, found that only around 8 percent of people said that they’d definitely take the vaccine.

An emergency H1N1 vaccine never came to be, but the questions Quinn asked 10 years ago are back in the spotlight today, as pharmaceutical companies in the US and around the world fight to produce a coronavirus vaccine as quickly as possible. It’s a real possibility that the FDA could allow for emergency use of a vaccine this time around. FDA Commissioner Stephen Hahn told the Financial Times on August 30th that the agency is willing to authorize a vaccine for certain groups (like health care workers) even before the last round of trials is complete, as long as the benefits outweigh the risks. “We may find that appropriate,” he said. In a June guidance, the agency said it would issue an emergency authorization, but only after it had safety and efficacy data.

More than 8 percent of people would probably line up for an emergency coronavirus vaccine: the virus that causes COVID-19 is a much larger threat to most people than H1N1, which didn’t trigger a societal shutdown and was far less deadly. But according to one poll, only around half of people will definitely take a COVID-19 vaccine, even without specifying the added wrinkle of emergency authorization. People’s concerns and misconceptions around experimental products haven’t gone away, and they will have to be addressed in the lead-up to any emergency use of a coronavirus vaccine.

If a pharmaceutical company develops a vaccine that it wants to distribute in the United States, it has to send mountains of data about it to the FDA. The agency carefully reviews that data and decides if there was clear enough evidence that it was safe and effective to approve it.

A coronavirus vaccine won’t necessarily have to go through that process. The country has been under a public health emergency since the end of January, which means that the FDA can authorize a vaccine for emergency use as soon as there’s a signal it might be effective and that its benefits outweigh the risks. It’s faster than the regular approval process, but the bar is lower: the agency just has to find that it may be effective.

It’s faster than the regular approval process, but the bar is lower: the agency just has to find that it may be effective

The FDA has already given emergency use authorization to companies making diagnostic tests, antibody tests, and treatments for COVID-19. The same law that lets the agency sidestep the usual process during an emergency can also be used for vaccines. “The capability exists,” says Alison Bateman-House, a bioethicist and assistant professor in the department of population health at the NYU Grossman School of Medicine. “It was meant to be used for vaccines, otherwise there would have been a specific carve-out.”

The FDA would have to be more cautious with vaccines than it has been in issuing emergency authorization for drugs, though. Drugs, for the most part, are given to people who are already sick. Vaccines, on the other hand, are intended for people who are healthy. “You always have a greater burden when doing something to a healthy person versus trying to intervene on behalf of a sick person,” Bateman-House says.

The agency should have data showing that a vaccine can help prevent disease (not just that it helps people produce antibodies) and clear data on at least short-term safety, former FDA officials told the Pink Sheet. Bateman-House told The Verge that she’d be comfortable with an emergency vaccine authorization — with stipulations. “There’d have to be a really good reason you couldn’t just push through the normal way, and the evidence would have to look good,” she says.

Anthony Fauci, director of the National Institute of Allergy and Infectious Diseases, said that there shouldn’t be authorizations until there’s good data on the vaccine candidates. “We would hope that nothing interferes with the full demonstration that a vaccine is safe and effective,” he told Reuters in August.

“There’d have to be a really good reason you couldn’t just push through the normal way.”

The US is trying to speed vaccines through clinical trials as quickly as possible through Operation Warp Speed, which includes a program called Accelerating COVID-19 Therapeutic Interventions and Vaccines (ACTIV) through the National Institutes of Health. This program will test vaccine candidates on tens of thousands of people who sign up for clinical trials. The trials will look for evidence that the vaccines can blunt the spread of the virus in areas where it’s still spreading.

The CEO of Pfizer, which has a vaccine candidate in Phase 3 trials, said this week that they’re on track to have data by October to file for authorization. Fauci said he’s not sure that timeline is realistic. But whenever a vaccine — Pfizer or otherwise — does comes out with promising data, the FDA could conceivably go through with an emergency authorization.

Creating an effective vaccine takes a herculean effort, but getting one across the finish line isn’t the only challenge. In order for a vaccine to beat back the pandemic, people have to actually agree to take it. If a vaccine is authorized by the FDA for emergency use, it’s vital that each person taking the vaccine understand exactly what it is — and isn’t. “You have to make sure someone understands that this is not an FDA approved vaccine, like the ones you’ve taken your entire life,” Bateman-House says. “Given the severity of the situation, we don’t have anything better, and we’re going to allow this product to be used.”

The challenge is, Quinn’s research shows that most people don’t have a good sense of the difference between drug approval and emergency authorization. She found that Americans have a limited understanding of FDA terminology around experimental products. “People don’t understand that kind of language,” she says. In one survey, she found people were unfamiliar with terms like “emergency use authorization,” “off-label” (which is when a drug is used for different disease than the one it was approved for), and “investigational new drug” (a drug that’s being tested in clinical trials).

Tagging a vaccine as an experimental product or something that’s being offered for emergencies only could also make people less likely to trust it. People had negative associations with terms like “experimental,” “investigational new drug,” and “emergency use authorization,” Quinn’s survey found. Half of people asked about a hypothetical, experimental H1N1 vaccine said they would be very or extremely worried about it.

People may be more willing to override their concerns about unproved or emergency use vaccines now than they said they were during the 2009 H1N1 pandemic. Those who said they were more affected by H1N1 were more likely to say they’d take an emergency vaccine, and nearly everyone in the US has been touched by COVID-19 — either by the illness directly or by the shutdowns.

“The perceived severity of the disease is going to be quite different. That could make a difference in terms of willingness to take a vaccine, but it’s an open question,” Quinn says.

Anti-vaccine sentiments, though, are stronger than they were in 2009, and there’s less trust in the government more generally. “This constant erosion over the last several years of trust and science and trust in experts, we’re seeing it on a daily basis right now. That’s a dramatic difference from 2009,” she says.

Willingness to take an emergency vaccine would also vary between racial and ethnic groups. During the 2001 anthrax attacks, for example, the Centers for Disease Control and Prevention offered postal workers who may have been exposed to the bacteria the option of taking an investigational form of the anthrax vaccine that could prevent illness. Most people didn’t take that offer — and African American workers were particularly resistant.

“It was an immediate red flag,” Quinn says. Many of the postal workers cited the 1932 Tuskegee syphilis study as the reason why they didn’t trust experimental products. During that study, the US withheld syphilis treatments from Black men. Government scientists let them suffer through the course of the disease in the name of research. The erosion of trust in science from the Black community has never fully recovered. Quinn’s H1N1 survey also found that Black and Latino respondents were less likely to say that they’d take an emergency vaccine.

If historic distrust of scientific research leaves those communities less likely to take a vaccine if it’s offered under emergency use, vaccination gaps could contribute to the already devastating racial disparities in the impact of the COVID-19 pandemic, Quinn says. The virus has devastated Black communities, and Black people are more likely to be hospitalized or die from COVID-19 than white people.

The FDA will be under enormous pressure to authorize a vaccine as soon as possible. Without one, COVID-19 will stay a looming threat. An emergency authorization may be the best path forward, Bateman-House says, but there could be long-term consequences to public trust in vaccines. If a vaccine is tagged as something that regulators allowed to be distributed without as rigorous a review, people who are already skeptical of vaccines might take it as evidence that vaccines are risky or dangerous.

“If you hear that the government is pushing out a vaccine, and it’s not fully approved, that hits all the cognitive dissonance you already have,” she says.

“If you hear that the government is pushing out a vaccine, and it’s not fully approved, that hits all the cognitive dissonance you already have.”

If there end up being side effects from an emergency vaccine, even if they’re minor or far less severe than COVID-19 itself, that could be additional ammunition for people who are already suspicious of vaccines. The ramifications could be significant and are important to consider.

“People tend not to think of vaccines in isolation. They think of them as a group. If there’s suspicion of a COVID-19 vaccine, there will be suspicions of other vaccines,” Bateman-House says. “When you’re making this decision, you have to be aware that it could have a multi-year fallout.”

Update September 3rd, 12:30PM ET: This story was originally published on May 26th. It has been updated with new information on vaccine progress and the FDA’s perspective on emergency authorization.