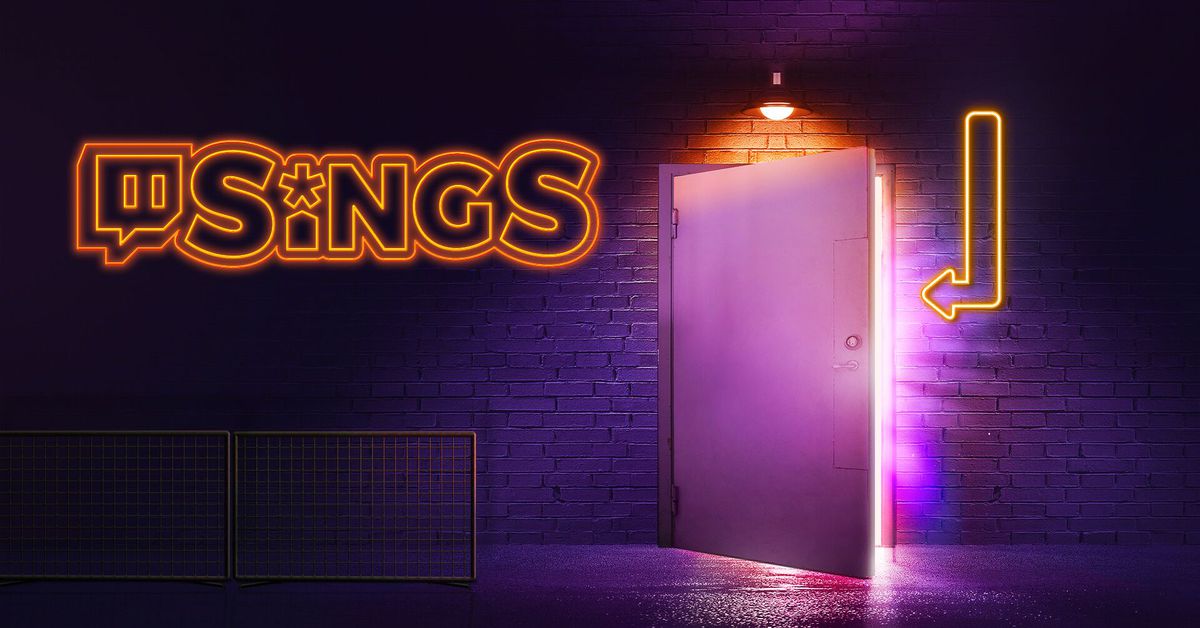 Twitch Sings, the streaming platform’s live karaoke game, is shutting down, the company announced. The company says it decided to close down the game effective January 1st, 2021 in order to “invest in broader tools and services that will help support and grow the entire music community on Twitch.”

Twitch Sings launched in April 2019, and let streamers choose a song from its library to perform. Singers could belt one out solo or get friends to join for a duet. The channel doesn’t seem to have attracted a huge audience, however; while Twitch’s overall Music category has more than 3 million followers, Twitch Sings only accounted for 161,000 of those followers.

“Looking ahead, we’re excited to share more about the future of music on Twitch and how we’re working to make Twitch the best place to bring you closer to the artists and music you love,” the company said in post announcing the shutdown.

The Amazon-owned streaming platform says it’s releasing the entire backlog of 400 new songs so fans can step up to the mic for one last swan song before things close down for good.

Twitch’s music category has been growing since the start of the coronavirus pandemic. While music remains a small category for Twitch in general, during the month of July, about 17.6 million hours were streamed.

Twitch Sings will begin removing videos and clips as of December 1st, and by January 1st, remaining on-demand videos, including past broadcasts, clips, and highlights will be removed as well. To archive your past Twitch Sings broadcasts, check out the instructions in Twitch’s videos on demand section. If you have clips from your channel, you can get more information for managing them here.

LG confirms Wing is the name of its new smartphone

Sun Sep 6 , 2020
Pin it Email https://smartrobotics.com.ng/2020/09/06/karaoke-game-twitch-sings-will-shut-down-at-the-end-of-the-year/#MTI5OTMzOV8yMDI LG has confirmed its upcoming phone will be called Wing (the Wing?) and will be revealed at its announcement event on September 14th. The device is believed to have two screens in a swiveling form factor, with a recent teaser video showing what looks like a […]