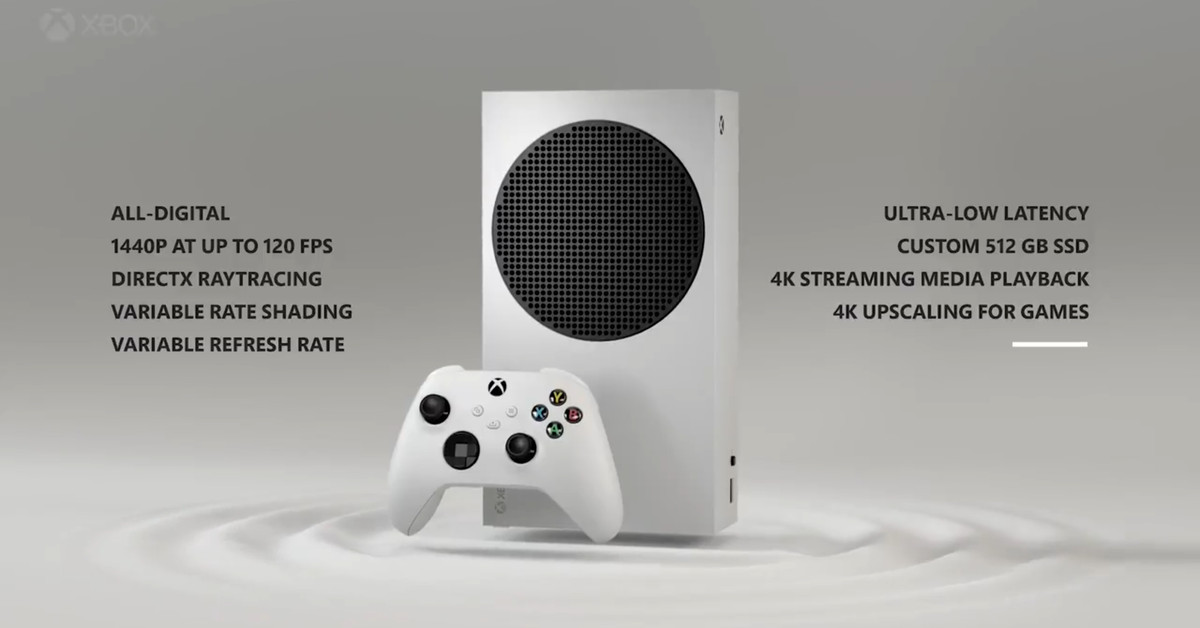 Microsoft’s next-gen Xbox Series S console leaked earlier today, just before the company officially confirmed its $299 pricing. Now a new leak is providing more details on exactly what’s inside the smaller Xbox Series S. Twitter leaker WalkingCat has posted a promotional video for the Series S, confirming that the console is targeting 120fps gaming at up to 1440p resolution and offering 512GB of storage.

The 512GB storage could be a challenge given modern games regularly exceed the 100GB mark, but it’s still possible the Xbox Series S will include the same removable storage port found on the larger Xbox Series X. Microsoft isn’t using a disc drive in the Xbox Series S, so storage expansion will be a necessity.

It’s clear Microsoft has a lot more information to share about the Xbox Series S soon, but so far we know it’s arriving for $299. Windows Central is also reporting that the Series S will arrive on November 10th alongside the Xbox Series X. The larger and more powerful console will reportedly be priced at $499.