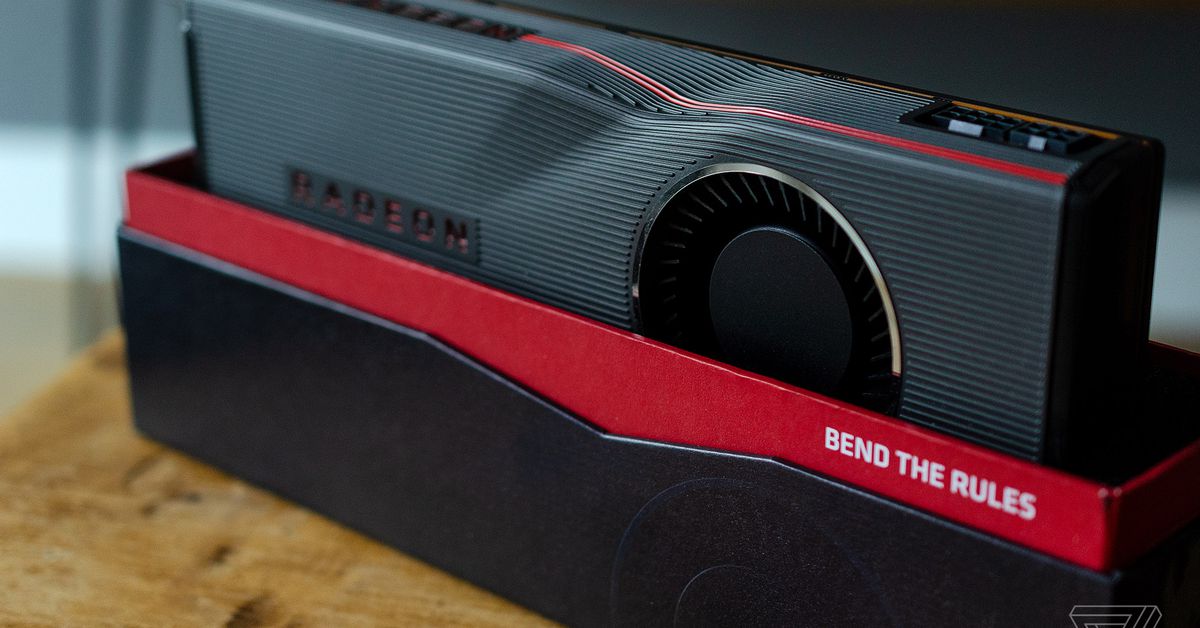 Last week, Nvidia unveiled the $699 RTX 3080, which promises double the performance of the RTX 2080 for the same price when it releases next Thursday. Perhaps you’re already sold on that upgrade, but there is one reason you might want to wait: AMD will likely answer with its own competitor to the RTX 3000 series on October 28th.

AMD has confirmed that its new line of GPUs is part of the Radeon RX 6000 series, which uses AMD’s new RDNA 2 architecture that includes real-time, hardware-accelerated ray tracing and variable rate shading. The Radeon RX 6000 series also shares the same graphics architecture with the PS5 as well as the next-gen Xbox consoles, Series S and Series X, which are set to release on November 10th.

Before October 28th, Nvidia will have already launched two of its new 3000 series of GPUs: the $699 RTX 3080 and the $1,499 RTX 3090, launching on September 17th and September 24th, respectively. The $499 RTX 3070 is slated to launch sometime in October. Nvidia may also be planning to launch an RTX 3060 GPU later this year, according to hardware insider kopite7kimi, who accurately predicted the specifications of the RTX 3090 and RTX 3080.

The computing company also plans to host another event on October 8th, focusing on its CPUs that use Zen 3 architecture. AMD has not said what type of CPUs it will unveil; we’ve been expecting the company to unveil the Ryzen 4000 series for desktop as a successor to the Ryzen 3000, which used Zen 2 architecture. We have already seen the Ryzen 4000 in laptops, but those chips also use Zen 2, not Zen 3, architecture.