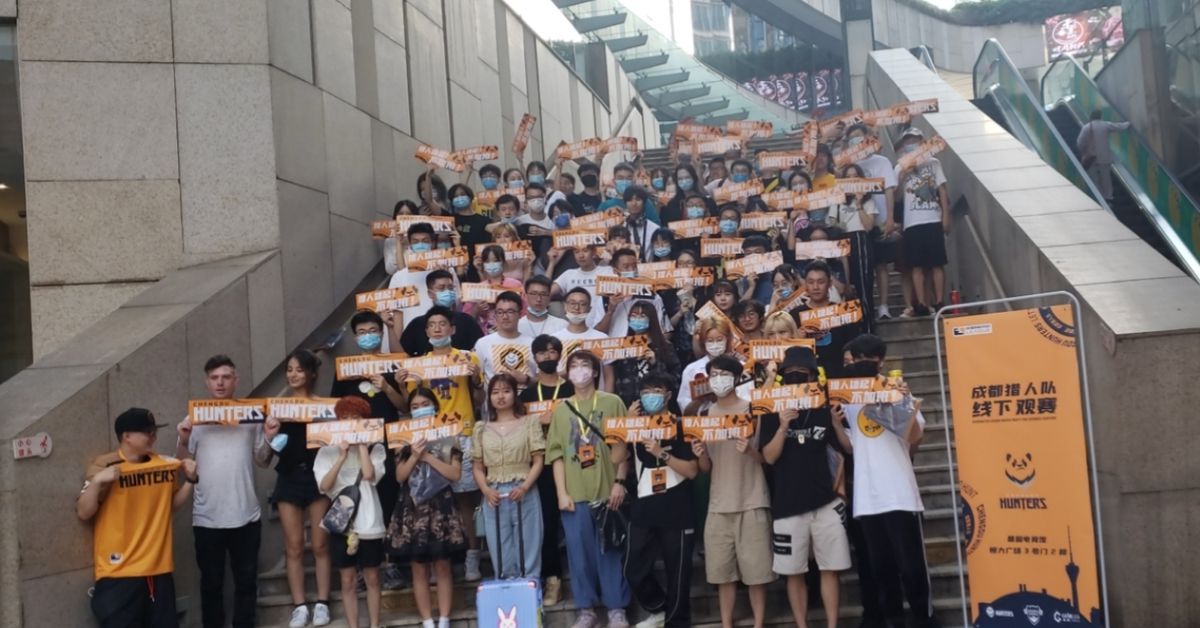 Marie Blanquart had big plans for 2020. As president of The Rooster Club, a supporters group for the Overwatch League’s Paris Eternal, she spent a lot of time thinking about what the fan group could do for the new season, where each of the league’s 20 teams would host home matches in local arenas for the first time. The group worked with the Eternal to have their own seating section during games in Paris so that they could lead chants and cheers. They also planned trips to watch the Eternal play in London and Toronto, and they hoped to organize watch parties for fans all across France.

But then the pandemic happened, and all of those plans went away. “We took a hit,” Blanquart tells The Verge. “For a few days we were a bit shell-shocked. After that first hit we got back on our feet and started thinking ‘Well this isn’t happening, but what can we do?’”

This year was supposed to be a big one for OWL. After two years of existing mostly in a studio in Los Angeles, 2020 was the year that the league planned to fulfill its goal with home-and-away matches played in cities across the globe. Things started out strong with events in New York, Dallas, Philadelphia, Houston, and Washington, DC. But after the pandemic hit, and in-person events became impossible, the league was forced to shift to an online format, which included building out a remote production studio. After a rocky beginning to the year, the league has been picking up steam: last month, a peak of 90,000 viewers tuned in to watch one of the final regular season matches between San Francisco and Philadelphia on YouTube.

“For a few days we were a bit shell-shocked.”

But it wasn’t just the league that was forced to adapt. Many of OWL’s most hardcore supporters were looking forward to a year filled with live matches in their home cities. It’s something that had already proved to be a success in the handful of local matches played through 2019, and Domenique “Cayden Vierra” Quinn was among those excited for games to return Dallas. As one of the leaders of Fahrenheit 214°, a group of Dallas Fuel supporters, she helped organize watch parties at local bars and restaurants for the last two years and also attended the very first OWL home game last year in Dallas. “I’ve been to Cowboys games, and Texas A&M games, and it was that same level of energy from everyone, just for a video game,” Quinn says. “It was bigger than I expected.”

Like their Paris counterparts, Fahrenheit 214° had worked with Fuel staff to create their own seating section to make the 2020 home games a bit more boisterous. Quinn also had a personal connection; last year’s Fuel home games took place on her anniversary weekend, and the original schedule had 2020 matches in Dallas on the same weekend. She thought it could become something of a tradition for her and her husband. “I was so excited about that,” she says.

Obviously things didn’t go as planned, and there was a bit of a gap between when the pandemic hit and when OWL started up again as an online league. During that time, many members of the supporters groups stayed in touch, whether it was Discord chats or weekly pickup games of Overwatch. But when the league restarted, the groups quickly decided to organize virtual watch parties.

Fans in both Paris and Dallas primarily used Discord for game days, where everyone can gather to talk via text, voice, or video. Early on, they ran into an issue: with everyone on different internet speeds, some people were watching streams ahead or behind the rest of the group. The solution was to have one person (with good internet) share their stream, and everyone would watch that. “Once we got the technical issues down it was pretty cool,” says Blanquart.

In Chengdu, members of the Panda Base — the supporters group for the Chengdu Hunters — used a Discord-like app called YY for similar virtual watch parties. “Sometimes we also make group voice calls over Battle.net so that we can add friends and play games together after OWL matches are over,” Panda Base member Jojo Yang tells The Verge. “It’s very convenient and has worked well for our group.”

The vibe is different online compared to in-person, but fans say that it’s a good compromise during a difficult time. “Having multiple people in there keeps the mood from getting down when Paris isn’t winning,” says Blanquart of watching games with the rest of the group. “Everyone keeps each other motivated.” Quinn adds that “it’s still fun to do. It’s definitely not the same as gathering everyone, and to feel everyone cheering. If you do that in Discord it literally breaks the audio.” In some cases, the teams have also been involved. In Dallas, for instance, Fuel players and coaches have dropped by community Overwatch games to play a few rounds with fans.

The global nature of OWL means that the situation has also been different depending on the team. In-person events are still largely banned in Dallas, while fans in Paris were able to gather in small groups of around five toward the end of the season. With restrictions lessened in Chengdu, members of the Panda Base were able to hold a recent event with around 50 people, which filled up in less than two minutes after invites were sent out. “We are fortunate that smaller in person gatherings are allowed again right now,” says Yang. “However, our online watch parties helped us stay connected earlier in the season and continue to keep fans connected.”