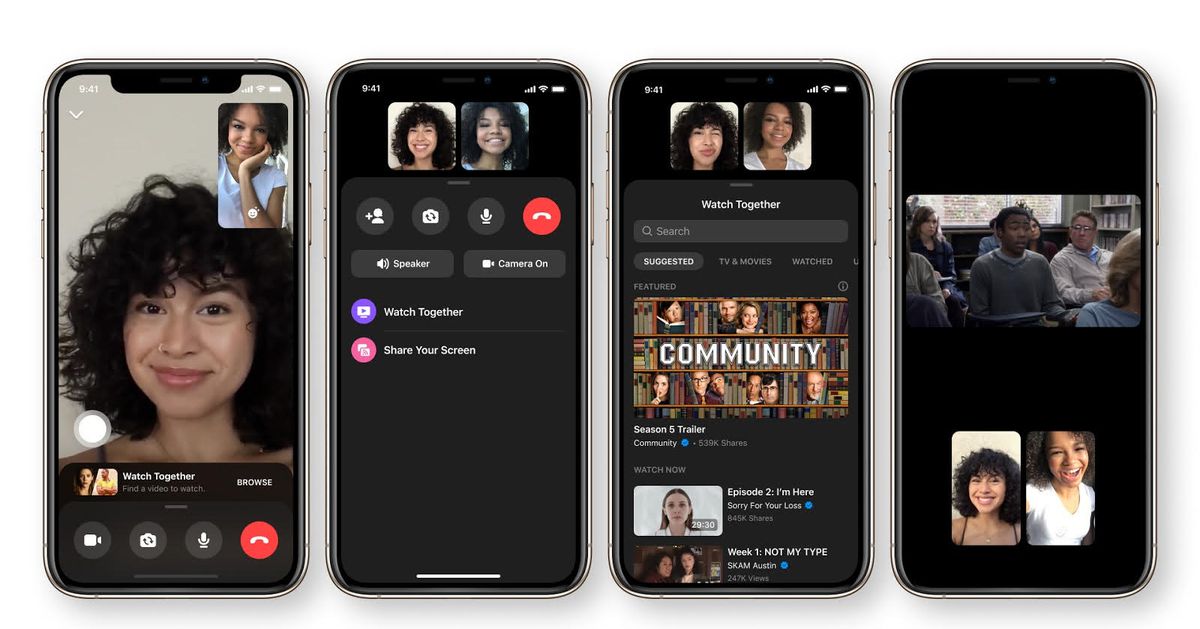 The latest app to add joint video viewing is Facebook Messenger. The company today announced Watch Together, a new feature inside the messaging app that lets you view videos from Facebook Watch while also seeing live video of your friends. It’s rolling out globally starting today on iOS and Android.

Facebook says there are now 150 million video calls on Messenger a day, and that people send 200 million videos to one another daily. “It’s really getting more and more visual, and it continues to grow very, very fast,” said Stan Chudnovsky, who runs Messenger, in an interview.

There are significant differences between Watch Together and those apps, though. All of them have much bigger and more popular libraries of content than Facebook Watch, which contains a somewhat confusing hodgepodge of original series, live events, music videos, creator content, and a small number of Hollywood movies. (Fruitvale Station and Dear White People, both of which are excellent, will be available at launch.)

And other joint video solutions can generally be enjoyed on the larger screen of the laptop or desktop, whereas Watch Together requires viewing video on the smaller mobile phone screen. You can use Watch Together in either portrait or landscape mode, though.

Chudnovsky said that early tests found that the feature is popular, especially with next-generation users who may not have access to their own laptops yet. “The younger you are, the more you like it,” he said.

The TikTok download ban ‘would be devastating,’ attorneys argue in court