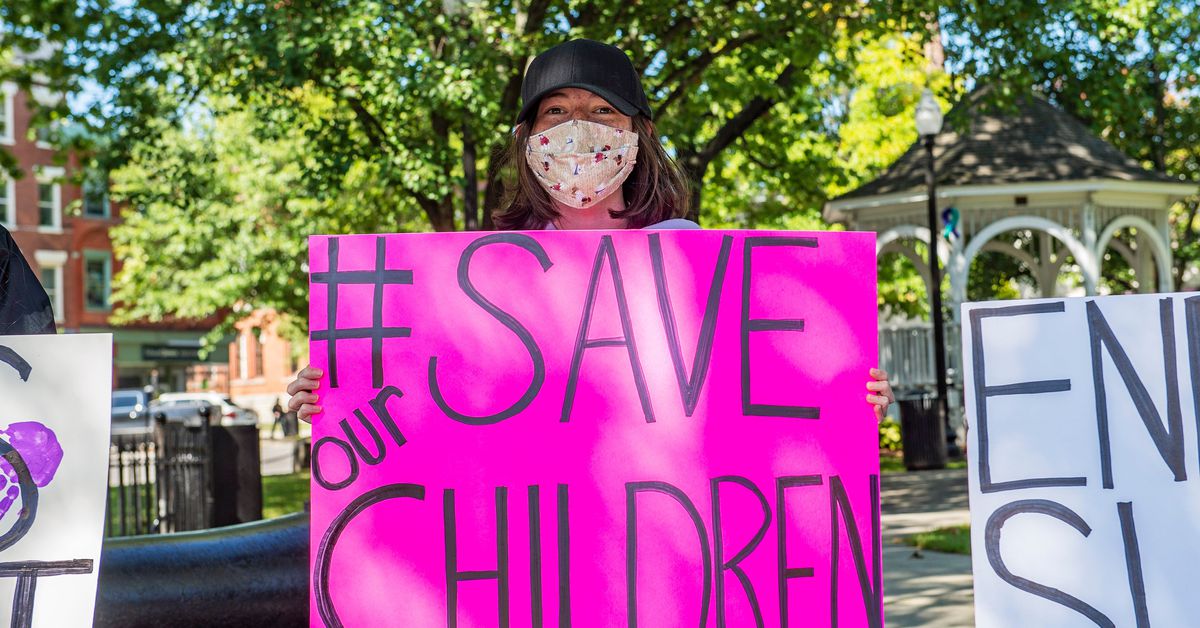 Facebook is taking additional steps to restrict militia movements and the QAnon conspiracy movement. The company will reject ads that “praise, support or represent militarized social movements,” including militias and anarchist groups as well as QAnon. It will also start linking to “credible child safety resources” when people look up child safety-related hashtags like #savethechildren, which has been coopted by QAnon adherents.

The new changes codify policies Facebook has previously taken steps toward. The update follows an August crackdown on QAnon and other social movements that celebrate violence, as well as criticism over Facebook’s failure to remove a militia event page before a shooting in Kenosha, Wisconsin. Facebook removed 900 pages and 1,500 ads in August, and it reduced the visibility of around 2,000 groups. It’s now placing those groups’ content lower in followers’ news feeds.

‘Militarized social movements’ are subject to the crackdown

Anti-trafficking hashtags can provide an innocuous-seeming gateway to more bizarre QAnon beliefs, including the (false) claim that many celebrities and politicians are Satan-worshipping cannibal pedophiles. Conspiracy theorists post statistics greatly inflating the number of missing children, and some QAnon proponents have allegedly committed crimes like kidnapping their own children or ramming the vehicles of people they believed were pedophiles. Some research suggests that Facebook helped QAnon grow by inadvertently recommending conspiracy content.

In a separate attempt to enforce the platform’s integrity, Facebook also sued two companies that scraped site data for marketing purposes. The companies — Israel-based BrandTotal Ltd. and US-based Unimania — used browser extensions to collect data like users’ gender, relationship status, and location. It’s a behavior reminiscent of Cambridge Analytica, the consulting company that plunged Facebook into a privacy scandal in 2018. And the lawsuit is the latest of several complaints Facebook has filed against companies that scrape data or sell fake engagement.