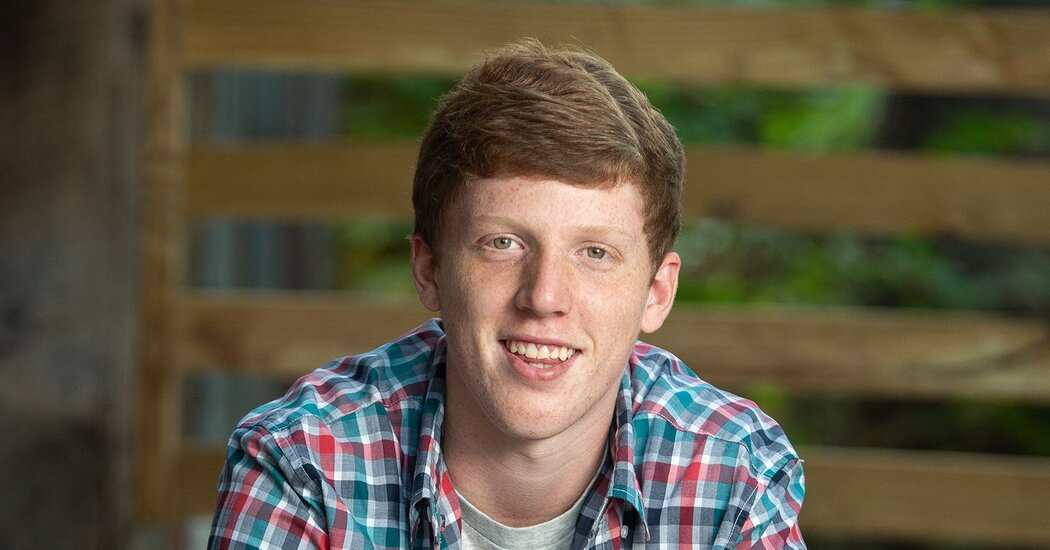 Mr. Dorrill, a sophomore at Appalachian State University in Boone, N.C., had been living off campus and taking classes online when he became ill with flulike symptoms, the school’s chancellor, Sheri Everts, wrote on Tuesday in a statement to students confirming his death. “His mother encouraged him to come home, quarantine and be tested,” Dr. Everts said.

He tested positive for the coronavirus on Sept. 7 and quarantined for 10 days before returning to Boone, according to his uncle David Dorrill, who said he lives seven houses away from the family in Wallburg, N.C., near Winston-Salem. He said that after his nephew returned to college, he almost immediately began experiencing serious neurological problems.

“When he tried to get out of bed,” Mr. Dorrill said, “his legs were not working, and my brother had to carry him to the car and take him to the emergency room. The doctor said it was a one-in-a-million case — that they’d never seen something progress the way it did. It was a Covid complication that rather than attacking his respiratory system attacked his brain.”

Although the coronavirus targets the lungs foremost, it also attacks the kidneys, liver and blood vessels, and a significant number of patients report neurological symptoms, including headaches, confusion and delirium.

Although colleges and universities have become hot spots in the pandemic, young, healthy people generally have been at lower risk for developing severe forms of Covid-19. Only a few deaths among American college students have been linked to the virus, including a football player at California University of Pennsylvania.

A New York Times database tracking the virus on college campuses has recorded at least 130,000 confirmed cases since the start of the pandemic, mostly this fall, and about 70 confirmed deaths, mostly in the spring among college employees.

Tonia Maxcy, a family friend who taught Chad Dorrill in high school, said doctors told the family that they suspected he had a previously undetected case of Guillain-Barré syndrome, a rare neurological disorder in which the body’s immune system attacks nerves. Many viruses can trigger the syndrome, and there have been cases linked to Covid-19.

“Chad was so kind,” Ms. Maxcy said. “Always a smile. Always a dance. He was that kid that everybody loved.”

David Dorrill said an autopsy was being conducted. “He was healthy,” Mr. Dorrill said of his nephew. “He was in tremendous shape. Skinny. Could run six miles without any issue. He ran with us less than three weeks ago, in fact. He was healthy — until this hit.”

Mr. Dorrill said it was not clear how his nephew had contracted the virus. “He told us he was always careful to wear a mask.”

Dr. Colin McDonald, chair of neurology at Forsyth Medical Center in Winston-Salem, N.C., where Chad Dorrill’s parents removed him from life support at 8 p.m. on Monday, said that the hospital and the staff members who cared for him were “devastated” by his death.

The latest on how schools are reopening amid the pandemic.

“We are doing everything we can to figure out why this happened,” Dr. McDonald said.

An Appalachian State spokeswoman said the Dorrill family had informed the university of his condition last week. She would not say what, if any, steps the school had taken as a result, but she said that the university had tested 7,569 students on campus this semester as of Sunday and that 334 tested positive, for a positivity rate of 4.4 percent.

The college has reported 664 cases since the beginning of the pandemic, according to a New York Times tracker, including more than 600 since late June. And Watauga County, where Appalachian State is, experienced its worst seven-day period of the pandemic this past week. Confirmed coronavirus cases in the county have more than doubled since the beginning of September, to over 900.

In a now private Facebook post on the page of the Piedmont Pacers, a travel basketball team that Chad Dorrill had played with, a friend of his mother, Susan Dorrill, quoted her saying that “if it can happen to a super healthy 19-year-old boy who doesn’t smoke, vape or do drugs, it can happen to anyone.” The family confirmed that his mother had made the statement.

“As our family suffers this incredible loss,” his mother wrote, “we want to remind people to wear a mask and quarantine if you test positive, even without symptoms. You have no idea who you can come into contact with that the virus affects differently.”