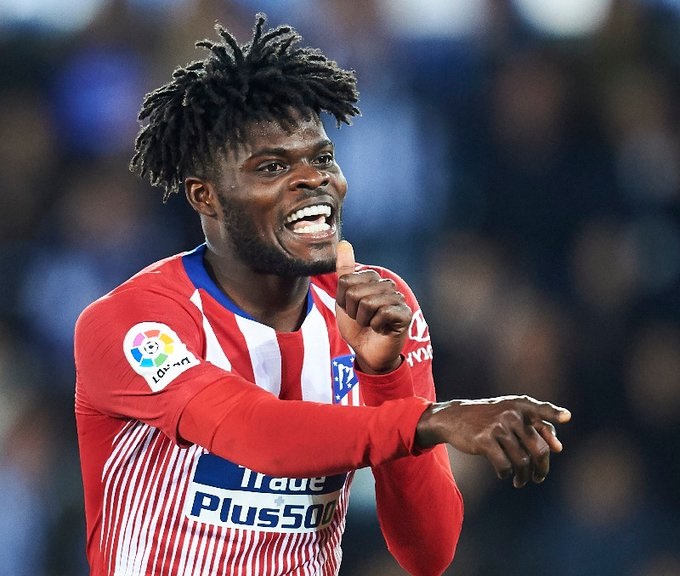 
Some Ghanaians are angry over a publication in the British newspapers, the Sun and the Daily Mirror on the signing of Ghanaian international, Thomas Partey by Arsenal Football Club.

The Sun reported that the “Arsenal new-boy Thomas Partey has enjoyed a meteoric rise in the game, coming a long way from his poverty stricken existence in Ghana.”

Under the £45million deal from Atletico Madrid Partey will receive wages in the region of £250,000 a week.

The “poverty stricken” description though by the newspapers has ruffled feathers with some Ghanains who have taken to social media to vent their anger.

They are also upset that the Daily Mirror has also used the poverty stricken description in its story on the Thomas Partey movement.

Dear @Arsenal I think you need to register protest agst this racist report, which thinks ever kid raised in Africa came through the ashes of “Poverty stricken” environment. This foolishness has to stop. The SUN should be called out for their racist framing of Partey @AFTVMedia pic.twitter.com/5xEd3ydA3p

Shameless headline! You can’t the stand the fact that he is from Africa.

They try to hide it but sometimes they just can’t help themselves. Their stupid racism has to come up to the top and in the open. They might even join in ‘taking the knee’ and spout ‘black lives matter;’ but it is what it is. They are who they are!

The pain is very deep in that headline. You just hate to see foreigners come in at a high cost

Three Most FDI-tuned African Countries In 2019