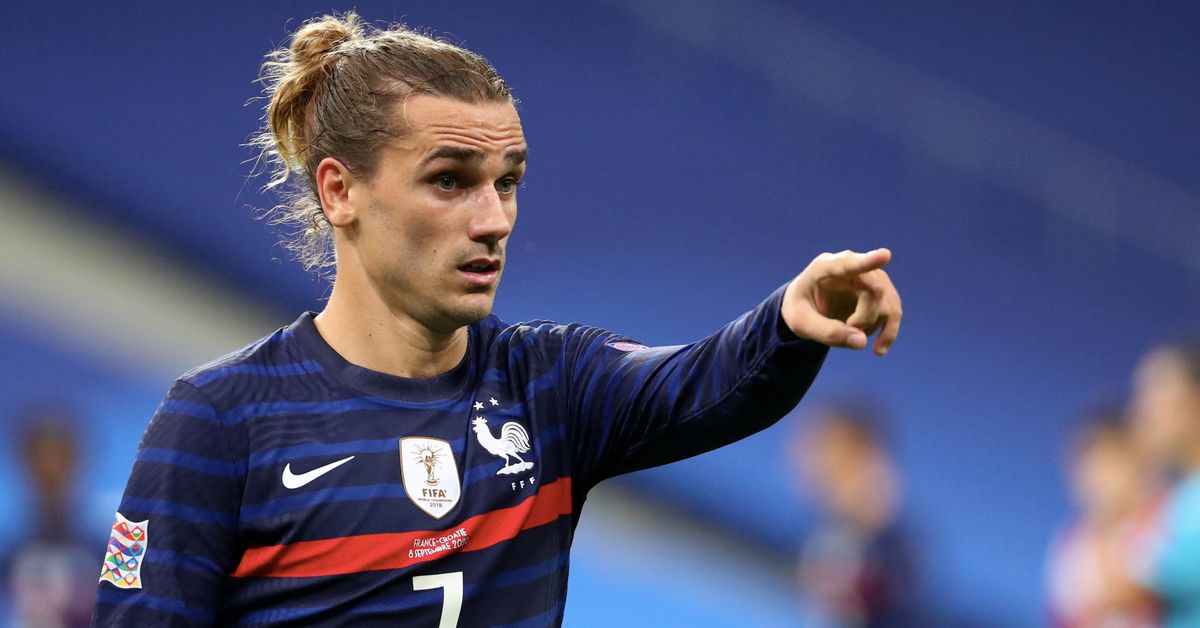 Antoine Griezmann was on target for France on Wednesday night as the world champions thumped Ukraine 7-1 in an international friendly in Paris.

The Barcelona star, who is yet to open his account for the club this season, came off the bench on the hour mark and bagged France’s seventh of the night.

Les Bleus had taken control of the match through goals from Eduardo Camavinga, Corentino Tolisso, Kylian Mbappe, a Vitaliy Mykolenko own goal and a double from Olivier Giroud.

Griezmann was left out of the starting XI for the match but arrived on 59 minutes to replace Lyon midfielder Houssem Aouar.

His goal means he now moves clear of Zinedine Zidane in fifth place on the list of France’s all-time top goalscorers.