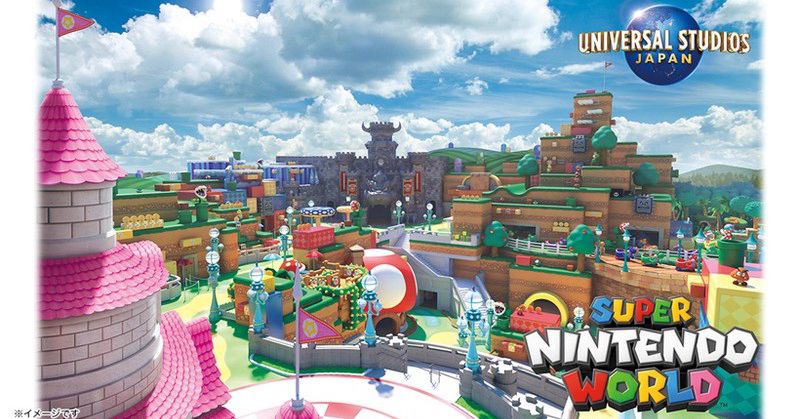 Nintendo has announced that its first theme park area will belatedly open at Universal Studios Japan in Osaka next spring. Super Nintendo World was originally planned to open before the 2020 Summer Olympics in Tokyo, but the date was pushed back along with the Games themselves due to the COVID-19 pandemic.

Separately, Nintendo will also open a themed cafe and store at Universal Studio Japan’s Hollywood area next week. Here’s what they’ll look like outside and in:

Here are some of the items you’ll find on the cafe’s menu, including Mario and Luigi-themed pancake sandwiches, a Super Mushroom drink in a tropical bottle, and mustachioed fruit cream sodas:

And here’s some of the merchandise on sale at the store, including a T-shirt, a pouch, and a cushion:

The cafe and store will be open from October 16th.

Super Nintendo World is Nintendo’s latest and biggest attempt to license its IP beyond video games. The park will use smart wristbands that pair with a mobile app and let visitors take part in a coin-collecting metagame, while there’ll also be traditional attractions — yes, including a Mario Kart ride. Universal Studios and Nintendo plan to open similar areas at the Orlando, Hollywood, and Singapore parks in the future.

Google is bringing its own VPN to desktops and phones with $9.99 Google One subscription