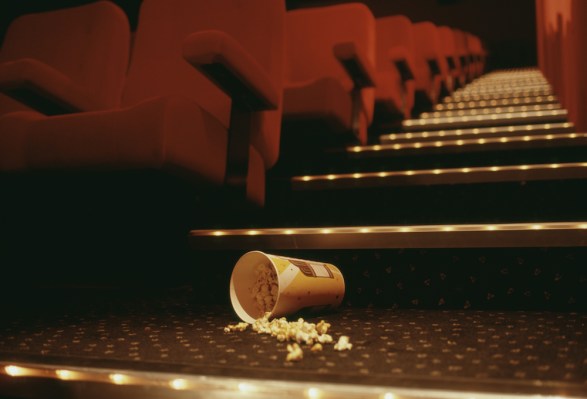 Welcome back to Extra Crunch’s Media Roundup, where I round up the stories that entrepreneurs in the content and advertising business should be thinking about — trends, larger platform shifts, as well as noteworthy funding rounds.

This time, we’ve got some bad news for movie theaters, the specter of antitrust regulation and a new career path for journalists. Let’s get started!

In the last roundup, I pointed to “Tenet”’s global opening weekend as a sign that the theatrical movie business might be coming back to life — but I may have spoken too soon.

While the latest Christopher Nolan film has continued to do reasonably well outside the United States, it’s only grossed $45 million domestically for Warner Brothers. The film’s underwhelming performance could be blamed on U.S. audiences being afraid to return to theaters — but it might simply be a reflection of the fact that theaters in major moviegoing markets like New York, Los Angeles and San Francisco remain closed.

Either way, Warner Brothers and other studios are clearly spooked by the results and have pushed nearly all of their theatrical releases until next year, with knock-on effects for the movies that were already scheduled for 2021. For example, Warner’s “Dune” is being delayed until October 2021, and Daniel Craig’s final Bond entry, “No Time To Die,” was pushed back from November until April. Meanwhile, “The Batman” has been delayed from 2021 to 2022.

At this point, there are few Hollywood blockbusters on the calendar until Christmas, when “Wonder Woman 1984” is due for release. To be honest, I’d be surprised if it actually hits that date. (Video-game comedy “Free Guy,” starring Ryan Reynolds, is scheduled for December 11, but the cast has already created a tongue-in-cheek video acknowledging that release dates aren’t exactly set in stone right now.)

In the meantime, at least one major theater chain said it can’t justify keeping its doors open. The United Kingdom’s Cineworld, which also operates Regal Cinemas in the U.S., announced that it’s closing its theaters indefinitely. For now, AMC and Cinemark said they aren’t going to to follow suit. (AMC noted that it’s bringing in additional revenue through a deal with Universal where the theatre chain gets a cut when Universal films are released early via video-on-demand.)

Three Most FDI-tuned African Countries In 2019