Mavenir (MVNR), provider of cloud-native software for mobile networks, files to offer an unspecified number of Class A shares on the Nasdaq under the “MVNR” ticker.

The S-1 includes the $100M placeholder, meaning the offering will seek in the low nine-figure range when it prices.

Mavenir’s software allows wireless service providers to operate networks in a more flexible and cost-efficient way by “leveraging open interfaces and running on commercial-off-the-shelf hardware with a layer that virtualizes hardware resources.”

As of September 30, Mavenir says 50% of customers have been with the company for 12 or more years.

Structure: Mavenir’s Class A shares have one vote/share and the Class B shares have 10 votes.

Mavenir has a complicated history that involves going public in 2013, a go-private acquisition by Mitel in 2015, a rebrand as Mitel Mobile, sale to Xura, and being merged with Xura by Siris Capital and once again taking on the Mavenir name.

Here’s a look at Mavenir’s organizational structure with the percentages to be filled in at a later time: 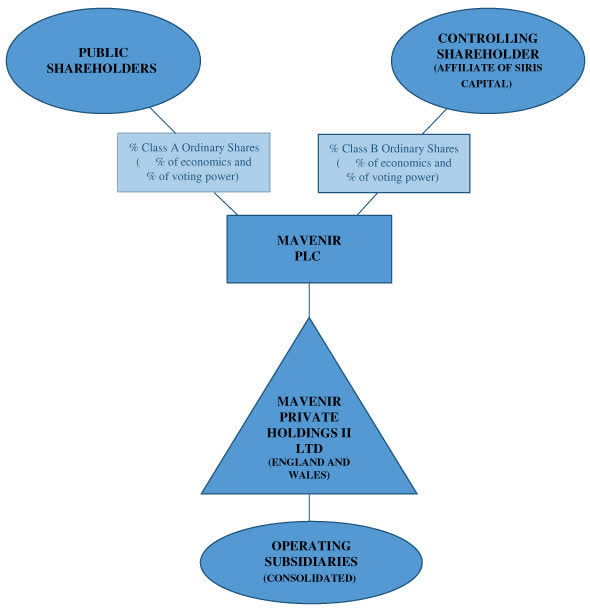