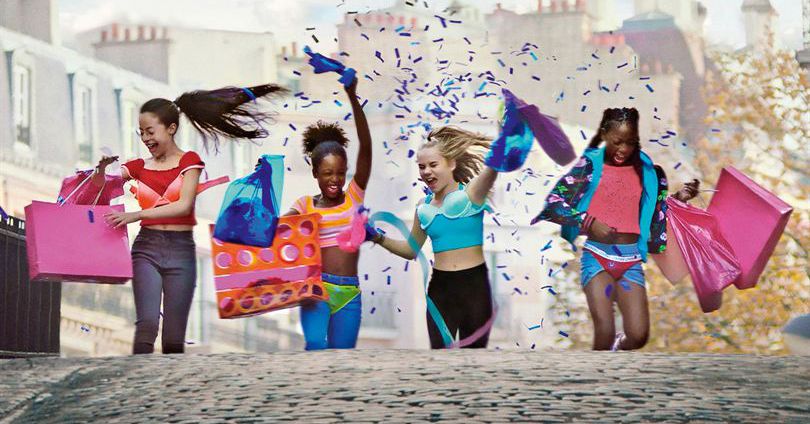 Netflix has been indicted in Texas on charges that the film Cuties contains lewd depictions of children. The indictment follows controversial backlash from conservative groups over certain scenes in the film where young girls dance provocatively.

A grand jury in Tyler County, Texas, is charging Netflix with “Promotion Of Lewd Visual Material Depicting A Child,” a criminal act in Texas that was introduced into state law in 2018, Reuters reported. The charge alleges that Cuties, a movie about a group of young girls who form a dance troupe, “depicts the lewd exhibition of the genitals or pubic area of a clothed or partially clothed child who was younger than 18 years of age at the time the visual material was created,” according to the indictment filing.

The filing also states that said content “appeals to the prurient interest in sex, and has no serious, literary, artistic, political, or scientific value.” (The film screened at the Sundance Film Festival where it netted director and writer Maïmouna Doucouré the Sundance’s Global Filmmaking Award in 2017.) Netflix was served a summons on October 1st, with co-CEOs Reed Hastings and Ted Sarandos individually named. The company rejects the justification for the charges; a Netflix spokesperson tells The Verge that “cuties is a social commentary against the sexualization of young children.”

Netflix, Inc. indicted by grand jury in Tyler Co., Tx for promoting material in Cuties film which depicts lewd exhibition of pubic area of a clothed or partially clothed child who was younger than 18 yrs of age which appeals to the prurient interest in sex #Cuties #txlege pic.twitter.com/UJ1hY8XJ2l

The charge is one of “the dumbest and most absurd” in the state, Texas-based defense attorney Paul Saputo said. Texas’ law specifically notes that the content can’t possess any “serious literary, artistic, political, or scientific value.” The fact that Doucouré earned a top prize from one of the most renowned film festivals in the world, and achieved critical acclaim from some of the most respected critics, proves that Cuties contains serious artistic value, according to Saputo.

“It’s absurd — the prosecutor believes he knows more about art than a Sundance jury,” Saputo said.

Cuties was caught up in a maelstrom of controversy when it debuted on Netflix a few weeks ago. The French film critiques society’s sexualization of girls and follows an 11-year-old Senegalese girl who rebels against her strict parents by joining a dance troupe. Cuties uses scenes that are designed to make the viewer feel uncomfortable, as Doucouré explores the loss of childhood innocence. Film critics praised Doucouré and Cuties for its take on childhood, but prominent conservative personalities, QAnon conspiracy theorists, and parents groups used social media to get #CancelNetflix trending while decrying the movie as lewd.

The charge leads to some absurd consequences, Saputo said. If the argument is that Netflix is promoting material that exhibits lewd behavior, it is also arguable then that paying Netflix subscribers possess content that contains depictions of children performing lewd behavior. Does the state of Texas indict all Netflix subscribers?

Since the ban on lewd material featuring children applies to anyone under the age of 18, Saputo argued that, by the law’s definition, teenagers dancing on Instagram and TikTok could be seen as promoting lewd depictions of children. Since the law was introduced in 2018, he’s never had a client or heard of a client being brought up on charges because “I don’t think there’s any prosecutor who wants to take the argument on.”

Netflix’s situation is a different story, he added. Saputo believes that if the prosecutors are going forward with it, the district attorney’s office is likely already backing the argument.

“Netflix’s going to have to hire a criminal defender, and find some critics who can attest to the movie being art,” Saputo said. “It’s not going to be difficult.”