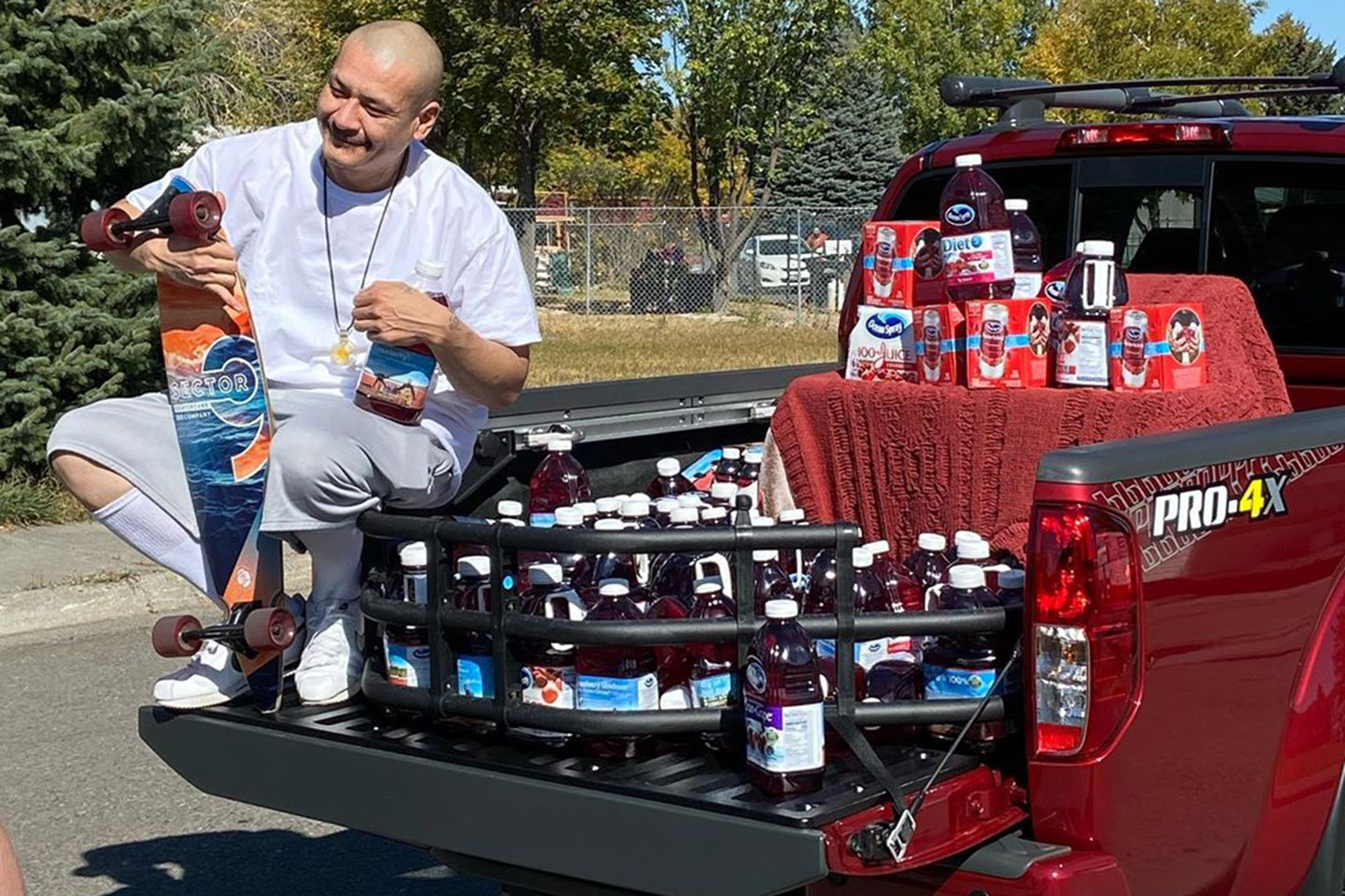 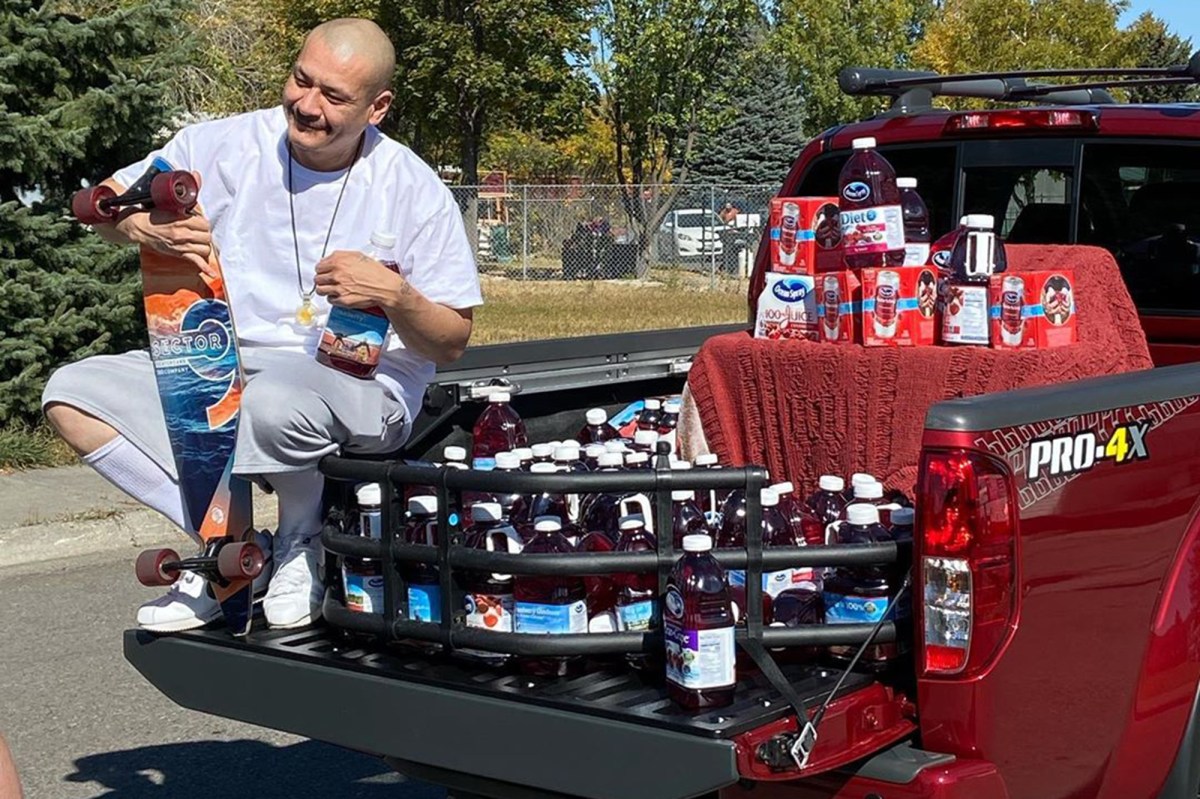 A man who went viral on TikTok for skateboarding to Fleetwood Mac’s song “Dreams,” while drinking a large bottle of Ocean Spray Cran-Raspberry juice, was gifted a new truck by the brand.

Nathan Apodaca debuted the new wheels on Instagram and TikTok on Tuesday.

“Dear Nathan, Good vibes only! Love, Ocean Spray,” a note on the bright red truck reads. The bed of the truck was filled with cases of his favorite drink.

In the video, Apodaca skateboards up to a man getting into the truck, fights him out of the driver’s seat, gets in and drives off

Apodaca’s original video, which was posted on TikTok on September 25, has racked up 26 million views so far. He now has 2.1 million followers on the video-sharing app. It’s responsible for causing a surge of streams of the 1977 song, putting it back on the charts — specifically the daily version of the Rolling Stone Top 100 — after more than 40 years.

Fleetwood Mac is even a fan of his music video: Mick Fleetwood, 73, re-created the clip this week.

Apodaca, a self-proclaimed “happy hippie,” who lives in Idaho, has also raked in the cash since going viral. He told TMZ he’s raised $10,000 so far in donations from the video, which he planned to spend on a new RV. His current home and ride has 300,000 miles on it and is unreliable — which is why he was riding his longboard that fateful afternoon he made the TikTok.

The video was a spur-of-the-moment idea. “I just jumped on my longboard. I had my cranberry juice with me, cause that’s my drink,” Apodaca said.

Simon Cowell back on his feet after bike crash, gets new veneers